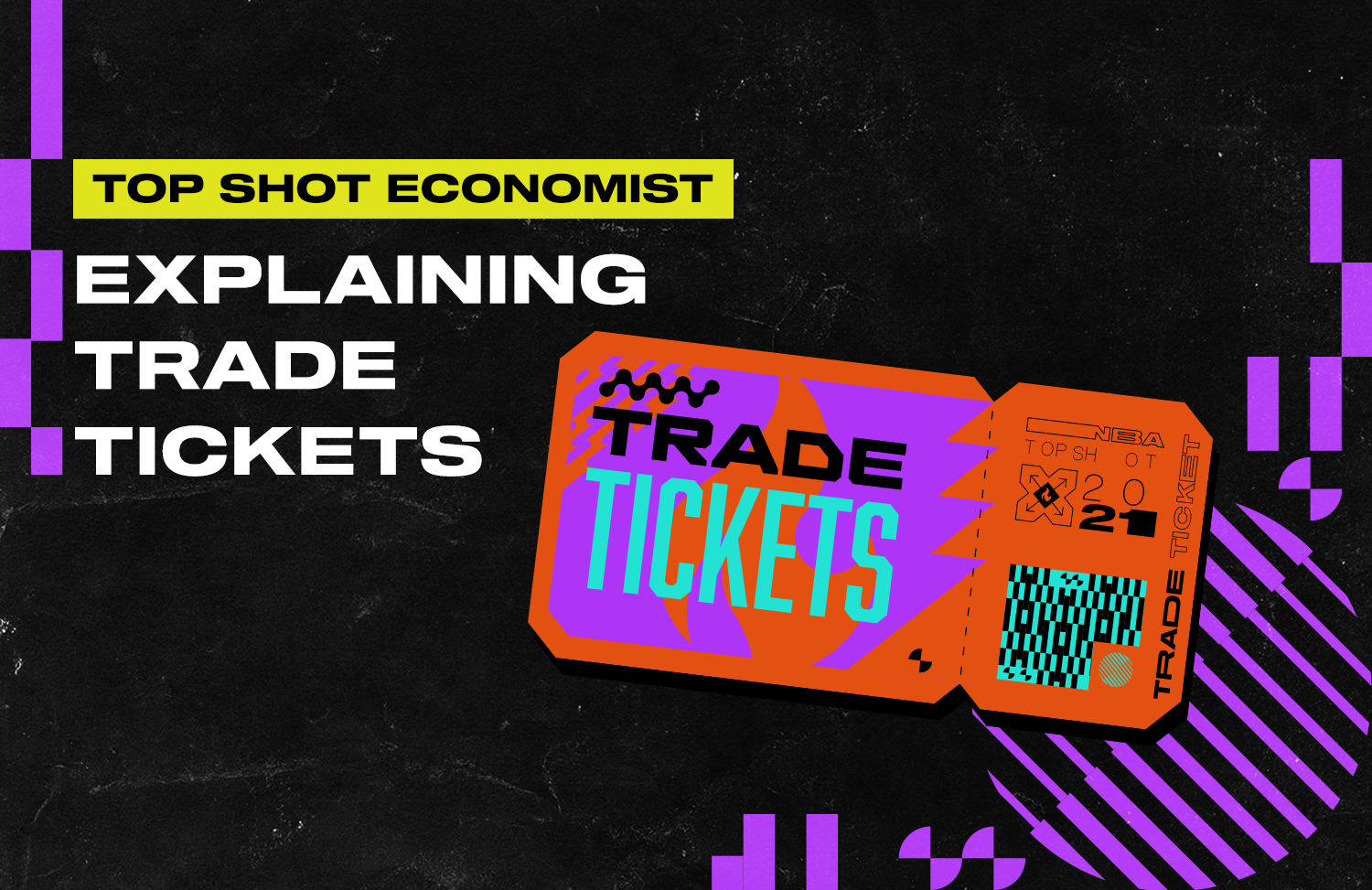 This post is going to cover the value proposition of Trade Tickets and how it will affect the economy specifically.  For a simple explainer of what Trade Tickets are, their uses, and how to get or redeem them please check out the Trade Ticket Blog.

The Lowest Ask of Common Moments is likely to change over time -- as Series 3 will have more common Common Moments than Series 2, be aware that there is risk to trading in Series 2 Moments ahead of the launch of Series 3. We want to make sure everyone understands the current economics of Trade Tickets, and specifically Series 1 packs, before testing the feature.

As a part of this rollout, we’re expecting three phases:

The primary reasons for rolling out this feature are two-fold. First, this is going to be the primary distribution channel for the remaining Series 1 Base Set Moments that were not yet distributed as we outlined back in April’s initial Trade Tickets Blog.

Secondly, this feature will contribute to a consistent reduction in overall active circulating supply as one Moment turns into one ticket while Moments sold in packs for Trade Tickets will always cost at least 1 Ticket per Moment. More to come on the impact of this later in the blog.

The Trade Ticket feature will be rolled out in 3 distinct phases.

We plan to kick off the first drop with Trade Tickets as a Stress Test on Tuesday, September 21st. The size of this Stress Test will depend on the amount of Moments traded in leading up to it. All packs will consist of three Series 2 Base Set Moments with a cost of three Trade Tickets.

After that we will open up a window where people will be able to purchase packs on an ongoing basis. These packs will consist of three Series 2 Base Set Moments and will cost four tickets. To start, we’re not expecting these 4-for-3 packs to have a significant positive expected outcome from a purely economic sense. From a fan’s perspective, it’s a different story, in that you’ll have a shot at trading in a Moment that doesn’t fit your collection for one that you love -- be it from a favorite player, team, rivalry, game, type of play, or situation.

These packs will also allow us to test whether having Locker Packs available on a consistent basis is viable on our end.

To the extent that any Moments that are not Base Set Series 2 get traded in, they will be held in The Locker Room and released at a later date. The first two waves of packs will contain only Base Set Series 2 Moments and future packs with different compositions will not necessarily have the same cost in Trade Tickets.

After this functionality is proven out we plan to release 500 Series 1 Reserve packs consisting of Series 1 Base Set Moments. These packs will contain one Series 1 Moment numbered to /1000 and three Series 1 Moments numbered from /1240 to /3999. This release is planned for some time once the 2021-22 NBA Season is in full swing and is expected to be priced in the range of 300-500 Trade Tickets.

An important part in considering both the price of the Series Reserve 1 packs and the quantity available in each drop is the impact on the prices of the Moments already held by collectors. We want to smooth the price impact on Moments in the Marketplace so we need to set a pack price high enough to disincentivize lowball pricing by people who do get a Series 1 Reserve pack in the drop.

Perhaps more importantly, we want to make sure not to release too many of a given Moment at one time. By selling 500 packs at once, the expectation is that no single Moment is distributed more than 40 at a time, with many Moments seeing fewer than 10 new Moments enter circulation through each drop.

We hope that these two measures, taken together, minimize the volatility in prices of the corresponding Moments. However, our pricing and drop size may vary from drop to drop as we gather data and see how the market reacts in both the short and medium term. It is possible that future drops will be priced higher or lower than the 300-500 Trade Tickets planned for this initial rollout.

There are several properties of Trade Tickets that are important in understanding the impact on the Top Shot economy.

Equally importantly, when we put traded-in Moments into packs and sell them back to collectors for Trade Tickets, they will never be sold for fewer Trade Tickets than Moments in a pack. For example, if a pack has 3 Moments in it, we won’t sell for fewer than 3 Trade Tickets. And because the only way to acquire a Trade Ticket is to trade in a Moment, not even the Top Shot team can increase the supply of Trade Tickets without first trading in a Moment ourselves to generate the tickets in the first place.

Combining these two pieces of information alongside the fact that there will be other ways to spend Trade Tickets over time, it quickly becomes evident that this feature will permanently remove some active circulating supply from the market. To be clear, we do not mean that specific Moments which are traded in will never re-enter circulation, but that the total quantity of Moments taken out of circulation will remain such forever.

While market prices of these Moments will change between now and the time of the drop, it is important to note that there is an extremely wide dispersion of lowest asking prices for Moments within these packs. There are multiple Moments minted to /1000 in these packs that you can pick up in the Marketplace today for under $200 as well as LeBron James Top Shot Debut Moments that would cost more than $10,000 to buy right now.

Furthermore, as always, the price of a Moment is determined by what values people are willing to transact at in the Marketplace. While sellers set the prices, it takes two parties to complete a transaction.

Acquiring Trade Tickets Now vs. In The Future

We anticipate that acquiring Trade Tickets now will be relatively more expensive and time-consuming than in the future.

Additionally, the team is working on building out a bulk trade-in feature. When we are able to release this feature it will save you time in actually trading the Moments you don’t want in your collection for Trade Tickets.

There is also a risk of more demand for Series 1 Reserve packs than there are packs available, so some collectors may enter the queue with Tickets in hand and leave without the opportunity to use them at that time.

While every collector is free to make their own choices about when to acquire Trade Tickets, we want to encourage everyone to consider the benefits of waiting until some Series 3 Moments have been released before making their decision.

For now, the major benefit of being an early adopter of this feature which is still being developed is the ability to contribute to the overall reduction in circulating supply by trading Moments you don’t wish to sell or keep in your collection. Please understand the risks associated with participating and evaluate your own risk tolerance as every collector’s situation is unique. And if there is anything out there that you really want, make it a priority to go to the Marketplace and buy it now as someone else might send it to the The Locker Room instead.