From Australia to Orlando: Wishlist NBA Experiences with the Orlando Magic Fan Community 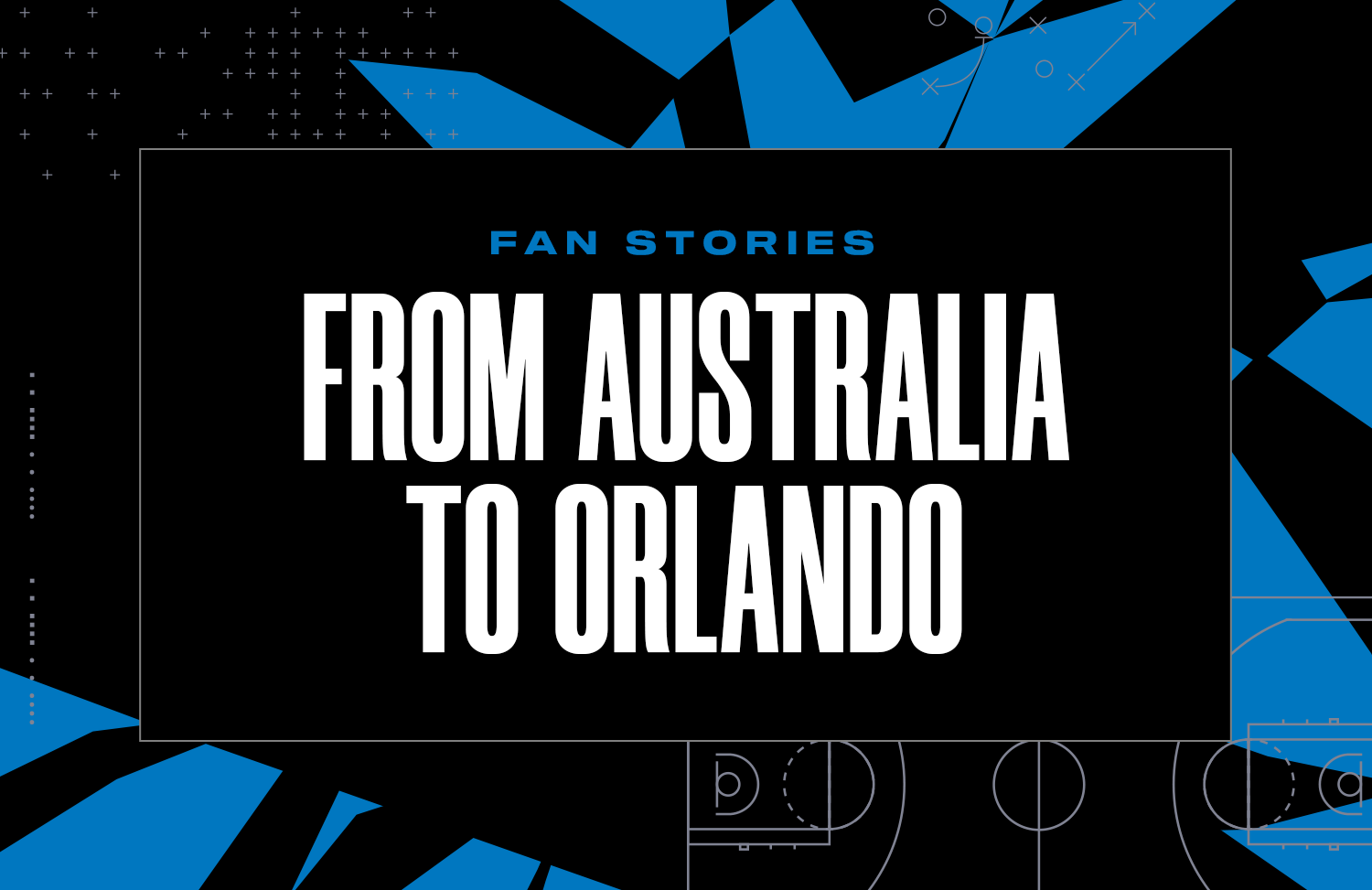 After 32 years of following the Orlando Magic, nothing was going to stop Australia native Just_Glyding from attending his first NBA game.

What should have been a 24-hour travel day turned into a 62-hour affair of flight delays and cancellations due to a tropical storm.

Through all of the craziness of getting to Orlando, Just_Glyding was able to live out a dream that he has had since becoming a Magic fan as a 10-year-old boy: seeing them play in person.

His Magic fandom started in 1990, during their inaugural season in Orlando.

But how does a 10-year-old kid in Australia become a fan of a team making their debut in the league? Cardboard collecting.

“I started collecting basketball cards as a kid and the first pack that I opened had a Nick Anderson rookie card,” Just_Glyding said. “I shuffled through the deck and had to look at the rest, but I just kept coming back to his card. Between the Orlando Magic pinstripes and the flattop haircut, he was the coolest looking guy. As a 10-year-old, that's how you decide what team you like the best.”

To bring it all full circle, Just_Glyding was able to tell Anderson this story in person when they met at the game.

“When I told him the story he laughed and said it was awesome, then he said, ‘Well, let's take a picture’ and then asked to sign my jacket,” Just_Glyding said. “Just to be able to meet the guy who is the reason I became a Magic fan was absolutely mind blowing.”

There are many things that Just_Glyding does to enhance his Magic fandom, one of those things being running a fan page that highlights the Magic’s history since joining the league. The page is called Magic Player History, which can be found on YouTube, Twitter, and Instagram.

Between starting out as a cardboard collector and having a knack for documenting history, collecting on Top Shot was something that allowed these passions to come together. “I consider myself an Orlando Magic historian,” Just_Glyding said. “With Top Shot Moments, I feel like they're a moment in time, a moment of Magic history. It’s great to be able to capture a moment from a game and then collect it and look back on it.”

As a Top Shot VIP, Just_Glyding’s collection and dedication to the team is something that other Magic fans also take pride in.

“Just_Glyding's story is pretty captivating, a man from the other side of the world who had never been to Orlando is somehow one of, if not the, biggest Magic fans there are. He cares for this team more than most of the local fans do,” Orlando Magic Fan Community Team Captain iRacer77 said. “ It shows through his amazing collection of Magic Moments and the time he spends documenting Magic history. I think I can speak for the entire community in that we're all proud to have him as a member.”

As a Team Captain, iRacer77 played a big part in bringing Just_Glyding in for this experience, which they were able to experience together.

“It was a surreal experience for both of us. I've been going to games since I was a child, so being able to do/see things for the first time with him by my side was pretty special,” iRacer77 said. “The Magic made him and I feel like VIPs the entire night and for that I'll always be grateful.”

Between the connections that Just_Glyding has made through his fan page, to the community Top Shot brings, and with the help of the Magic themselves, Just_Glyding’s first NBA game was filled with special moments on and off the court. They arrived early to watch the current players warm up, but as a Magic historian, Just_Glyding’s favorite memories were getting to meet veteran players such as Anderson, and Vince Carter, who was calling the game for Bally Sports. Just_Glying calls his experience at the game the “ultimate utility.”

“I think what I experienced was the ultimate utility, really, and it was the kind of thing that I really would have hoped for when I joined Top Shot. I thought, ‘You know, maybe this is something that could happen one day down the line,’” Just_Glyding said. “It was more of a dream, but it actually became a reality.”

Turning Magic dreams into reality is something that iRacer77 focuses on when it comes to enhancing the overall fan experience for Magic Top Shot Collectors.

“My favorite part of being a Team Captain is being able to provide experiences/utility that members in our community may have not been able to have otherwise,” iRacer77 said. “Just_Glyding is obviously the biggest example of this, but there have been plenty of other instances where collectors in our community go to do something for the first time because of our efforts.”

Whether they’re a local Magic fan or a Collector from far and wide, the Magic Team Community is making an effort to make sure all members of the community feel welcomed to the Top Shot family.

“Each member of our community is viewed as an equal whether they live here in Orlando or in the Philippines. It's more challenging to provide experiences and utility to those abroad, but we do whatever we can to make them feel included because they are just as important to the [Magic Fan Community] as everyone else,” iRacer77 said. “My dream is being able to provide each international member of our community the experiences that Just_Glyding had here.”

For more information on the Magic Team Community, check them out here. To learn more about joning your team's Fan Community, start here. To watch a recap of Just_Glyding’s experience in Orlando, click here.

Just had the night of my life thanks to @OrlandoMagic, @NBATopShot, @hellodapper and @PacksPinstripes