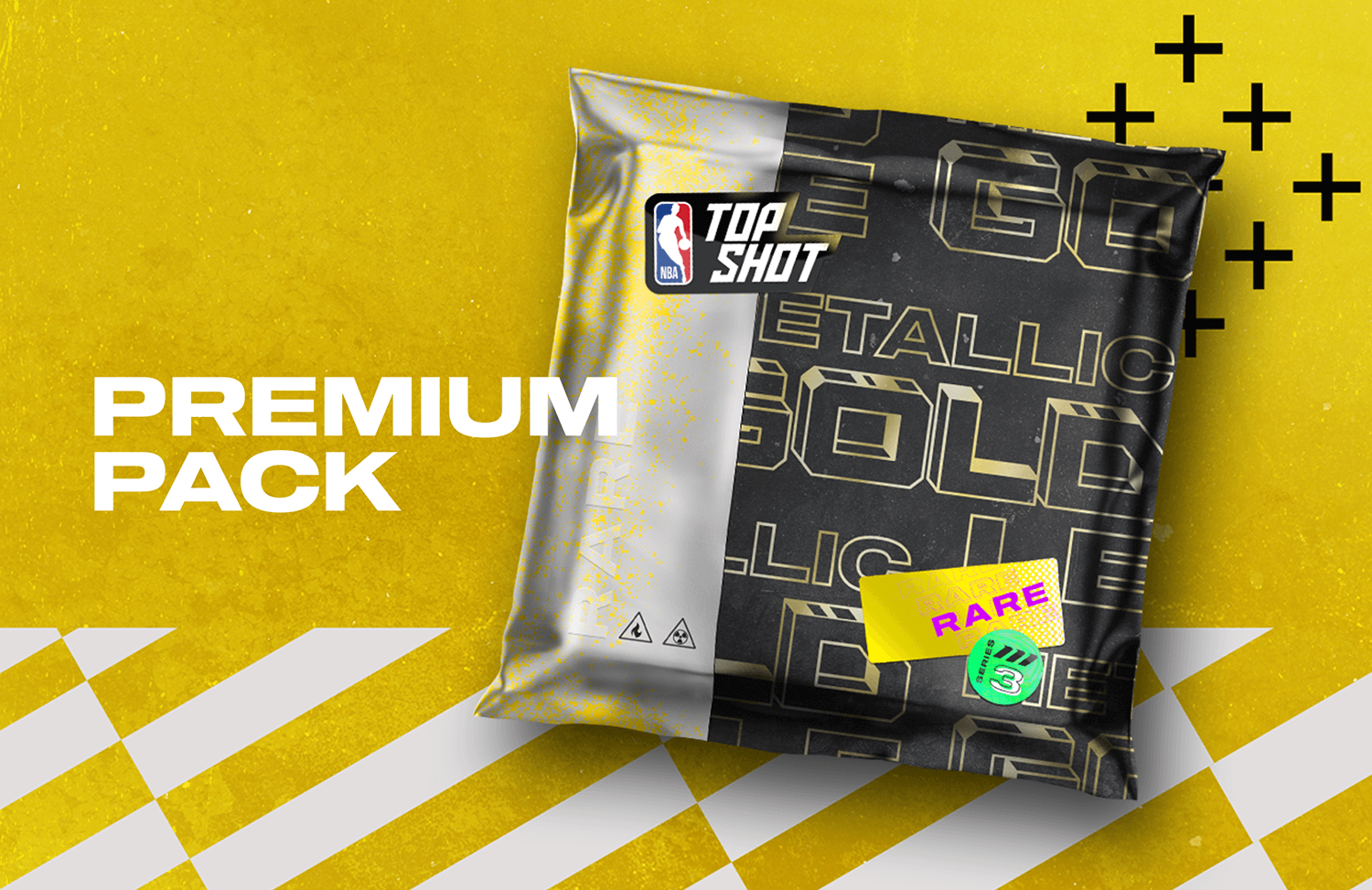 The gold standard has returned.

Premium Packs, the flagship pack of our Rare tier, are a cornerstone to the NBA Top Shot collection.

Featuring many of the top plays and players from the 2021-22 NBA season, the first MGLE packs of Series 3 guarantee 1 Metallic Gold LE Moment minted to just 749 in addition to five Series 3 Base Set Moments.

When we say we keep the best plays and players specifically for these Premium Packs, we mean it.

Number of Moments per pack: 6

Number of packs per collector: 1

Airdrops: In our efforts to continue to reward set collectors on Top Shot, we are excited to share that collectors with a complete Series 1 or Series 2 MGLE set will be airdropped three Premium Packs each (capped at six per collector). The snapshot to determine the recipients of these airdrops was taken at 8:45pm PST on Dec 13, 2021.