The next generation of stars is shining during the 2020-21 NBA season. That much is clear from the impressive talent selected to the Rising Stars rosters, which are being revealed here today.

Schedule limitations will prevent the annual Rising Stars game from being played at NBA All-Star 2021, which will take place on Sunday, March 7 at State Farm Arena in Atlanta, with TNT’s coverage beginning at 5 p.m. ET. The league is still continuing the tradition of naming Rising Stars rosters, and as in previous years, NBA assistant coaches voted for 10 first- and second-year players from the United States (U.S. Team) and 10 first- and second-year players from the rest of the world (World Team).

In lieu of a Rising Stars game, we at NBA Top Shot, along with the NBA and the National Basketball Players Association, have hand-picked 20 individual Moments from the 2020-21 season to highlight each of the players chosen for the U.S. Team and the World Team.

These Moments, immortalized as digital collectables on the blockchain, will be available in an unprecedented NBA Top Shot set this weekend. Add your favorites to your collection when packs drop on March 7 or shortly thereafter on the peer-to-peer Marketplace.

Jan. 9, 2021 – The Charlotte Hornets have been NBA League Pass darlings through the first half of the 2020-21 season thanks in no small part to rookie standout LaMelo Ball, the third pick in the 2020 NBA Draft. We’ve known about the 19-year-old guard’s unparalleled creative side for years, but nothing prepared us for the satisfaction of watching him show out at the NBA level. Here Ball loses his defender with a ball fake on the perimeter before attacking the hoop and changing hands mid-layup against Atlanta Hawks center Clint Capela. Ball finished the January 9, 2021, game with 22 points, 12 rebounds and 11 assists, becoming the youngest player in NBA history to record a triple-double.

Feb. 19, 2021 – In a must-watch rookie class, the spotlight shines especially bright for the first overall draft pick. Anthony Edwards has lived up to the billing as a world-class athlete and, while he has flashed his ability to put points on the board for the Minnesota Timberwolves, it’s the heavy stream of highlight reels that have left hoops fans speechless. Here Edwards sidesteps into position along the baseline on February 19, 2021, then attacks a late-rotating help-side defense to throw down an early candidate for dunk of the year.

Feb. 6, 2021 – Tyrese Haliburton has wasted no time establishing himself as a key player for the Sacramento Kings. The savvy, well-rounded rookie guard already approaches the game like a vet. Here Haliburton takes off baseline against a defender on February 6, 2021, before baiting another to challenge him at the rim and finishing the play with an up-and-under reverse layup.

Feb. 28, 2021 – Watching young stars thrive under the bright lights of the NBA never gets old, and Miami Heat guard Tyler Herro has done that constantly throughout his first two seasons. Herro’s confidence, coupled with a natural scoring touch, has made him an impact player for the reigning Eastern Conference champions. Here Herro shakes his defender with a crossover before seamlessly transitioning into a pull-up three on February 28, 2021.

Jan. 26, 2021 – When you’ve got the strength and athleticism that Atlanta Hawks forward De’Andre Hunter possesses, the defense is going to struggle to keep up. With first-rate growth in his second season, Hunter has emerged as a vital contributor for one of the league’s most intriguing young cores. Here Hunter blows by his defender at the three-point line and muscles his way to the hoop through two defenders for a hard-earned bucket on January 26, 2021.

Jan. 10, 2021 – When hungry young players land in perfect developmental environments, everybody wins. San Antonio Spurs wing Keldon Johnson has impressed with his progress in his second season, carving out a role as an instrumental two-way player. Here Johnson eyes an opening to the hoop and immediately capitalizes, charging through the lane and evading a late defensive challenge for a two-handed flush on January 10, 2021.

Feb. 8, 2021 – Memphis Grizzlies guard Ja Morant already presents as a battle-tested veteran, hooping at a star level over his two NBA seasons. Picking up where he left off last season, the 2019-20 NBA Rookie of the Year has done everything in his power to help his team rack up wins. Here Morant anticipates contact from his defender as he rounds a screen on February 8, 2021, rushes a difficult three-point shot in search of a foul and still manages to bag a triple.

‍Dec. 28, 2020 – Forward Michael Porter Jr. is the complete package on offense, a dangerous scoring option for a Denver Nuggets team that reached the Western Conference Finals last season. The 22-year-old is a threat to drop 30 on a nightly basis, and he has only scratched the surface of his potential. Here Porter senses contact on his back as he rounds a screen and immediately pulls up to drain a triple on December 28, 2020.

Feb. 17, 2021 – An immovable force through his first two years in the league, New Orleans Pelicans forward and 2021 NBA All-Star Zion Williamson is fast becoming borderline unguardable. It’s not just the power that makes the No. 1 pick in the 2019 NBA Draft a tough check, but it’s also the agility and physics-defying athleticism. Here Williamson blows by his defender on the perimeter, then charges through the paint for a forceful two-handed slam. Williamson scored 36 points in the February 17, 2021, game.

Jan. 14, 2021 – Make no mistake, Golden State Warriors center James Wiseman is going to be a problem in this league for a very long time. The No. 2 pick in the 2020 NBA Draft is learning the ropes on a veteran team, showing his diverse skill set and high ceiling. Here Wiseman works the two-man game with Stephen Curry on January 14, 2021, then soars way above the rim to throw down a one-handed slam.

Feb. 20, 2021 – Anytime a late first-round pick can immediately plug into the rotation of a defending conference champion, it’s a W all around. Precious Achiuwa, the 20th pick in the 2020 NBA Draft, has done just that for the Miami Heat, fortifying the frontcourt. The Nigerian forward’s grind and defensive presence are hard to miss. Here Achiuwa runs the floor for teammate Tyler Herro on February 20, 2021, then fills the gap to throw down an epic one-handed flush in transition.‍

Feb. 14, 2021 – Some hoopers are born to get buckets. While guard Nickeil Alexander-Walker has thrived in a supporting role with the New Orleans Pelicans, the Canadian has made it perfectly clear that he is capable of handling more scoring responsibilities when required. Here Alexander-Walker shows off his ability to make it look easy, curling around one defender before driving into the key for a contested dunk on February 14, 2021.

Feb. 22, 2021 – Forward Deni Avdija, who became the highest-drafted Israeli player ever when he was selected ninth overall by the Washington Wizards in the 2020 NBA Draft, is proving that he can contribute across the board as a rookie. Here Avdija catches the rock in the corner of a close game against the Los Angeles Lakers, queues up from three and gives his team a late lead in the final minute of regulation on February 22, 2021. The Wizards went on to defeat the defending NBA champions in overtime for their fifth consecutive W.

Feb. 21, 2021 – RJ Barrett was built to hoop under the spotlight of Madison Square Garden. The Canadian wing’s rapid development in his second season has helped put the New York Knicks on a solid path. Here Barrett kicks into high gear as he notices teammate Derrick Rose recovering a loose ball, then catches the pass and throws down an emphatic left-handed dunk for two of the 21 points he racked up on February 21, 2021.

Feb. 23, 2021 – The addition of a world-renowned passing artist to one of the league’s most entertaining offenses has been as satisfying as advertised, but Facundo Campazzo’s impact on the Denver Nuggets stretches beyond the highlight-reel dimes. The 29-year-old Argentine rookie has made an instant impact off the bench. Here Campazzo penetrates to the hoop for what looks like a typical layup before kicking out a no-look dime around the back of his defender for a wide-open triple by Zeke Nnaji on February 23, 2021.

Jan. 7, 2021 – High-energy forwards with elite athleticism will always get opportunities to carve out roles in the NBA, as Brandon Clarke has done with the Memphis Grizzlies. The Canadian’s nose for the ball and activity on the defensive end have been impossible to miss in his first two NBA seasons. Here Clarke’s presence in the post is on full display as he flashes from the help side to first challenge and then completely erase Andre Drummond’s reverse layup attempt on January 7, 2021.

Feb. 16, 2021 – After emerging as a game-changing defensive presence last season, Oklahoma City Thunder guard Luguentz Dort has taken his offensive game to new heights in Year 2. A relentless competitor, the Canadian is proving to be a building block for OKC. Here Dort’s two-way game is on full display as he hunts out and breaks up a play on one end of the floor before pushing the ball up the floor and taking it to the rack on February 16, 2021.

Feb. 14, 2021 – After becoming the first Japanese player to be selected in the first round of the NBA Draft when the Washington Wizards made him the ninth pick in 2019, forward Rui Hachimura began showing his value at the NBA level last season and has continued to make his mark as a sophomore. Hachimura’s size, speed and length make him a tough matchup. Here Hachimura cuts baseline to give teammate Moritz Wagner a target, then elevates to plant a left-handed slam through traffic on February 14, 2021.

Jan. 2, 2021 – Oklahoma City Thunder rookie Théo Maledon has immediately established himself as a fixture in the backcourt. The French guard’s comfort level as a playmaker is clear. Here Maledon crosses up his defender as time ticks down in the first quarter of a January 2, 2021, game, then pulls up and drains a jumper as the buzzer sounds.

Feb. 11, 2021 - In his second season with the Golden State Warriors, Mychal Mulder has displayed an ability to knock down three-point shots. The second-unit spark plug from Canada can deliver points in a hurry or simply bide time and make the right play. Here Mulder cuts through the paint to snag a feed from Draymond Green then throws down a two-handed dunk before the defense can react on February 11, 2021.

Want to get in on the fun? 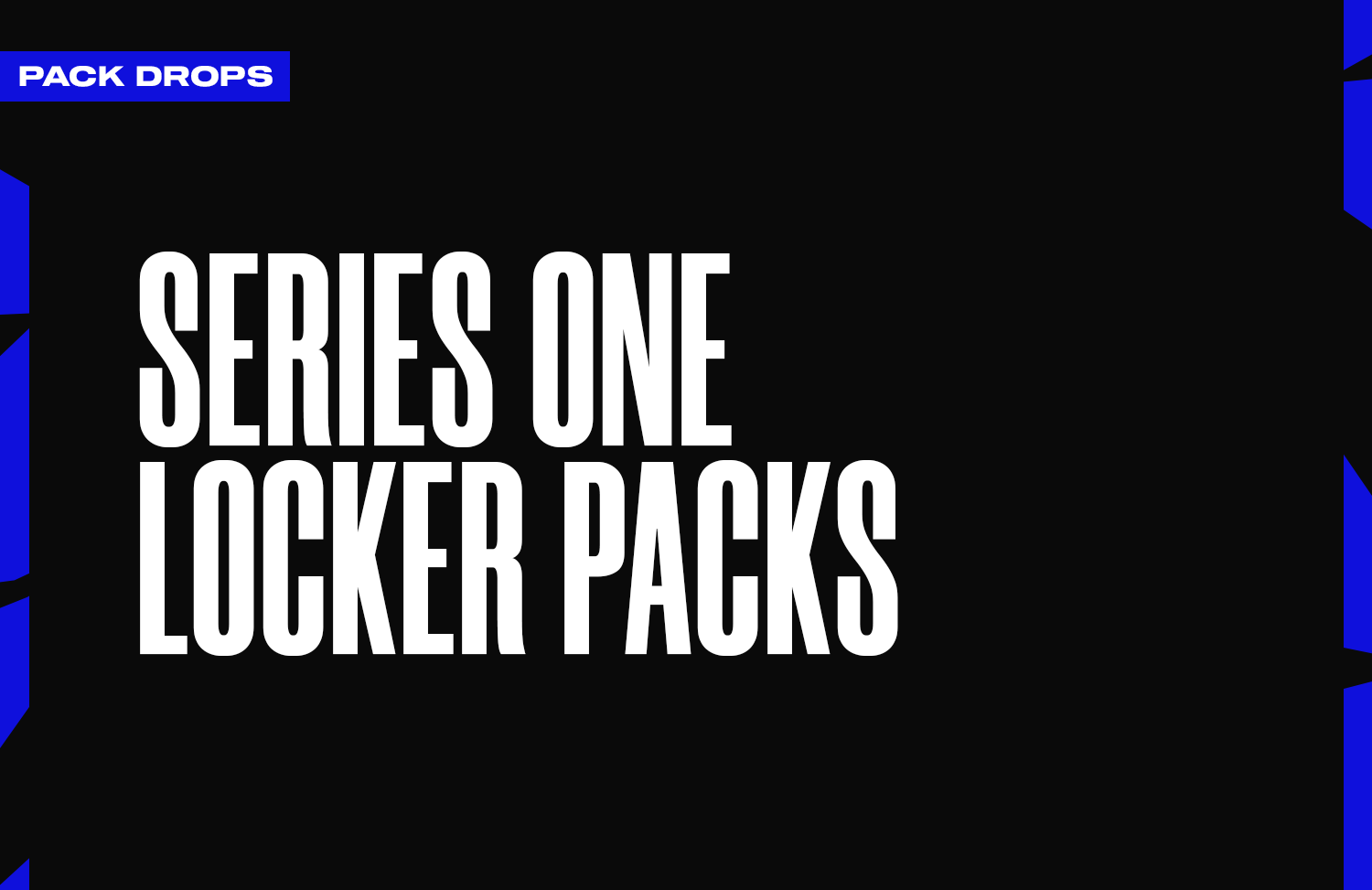 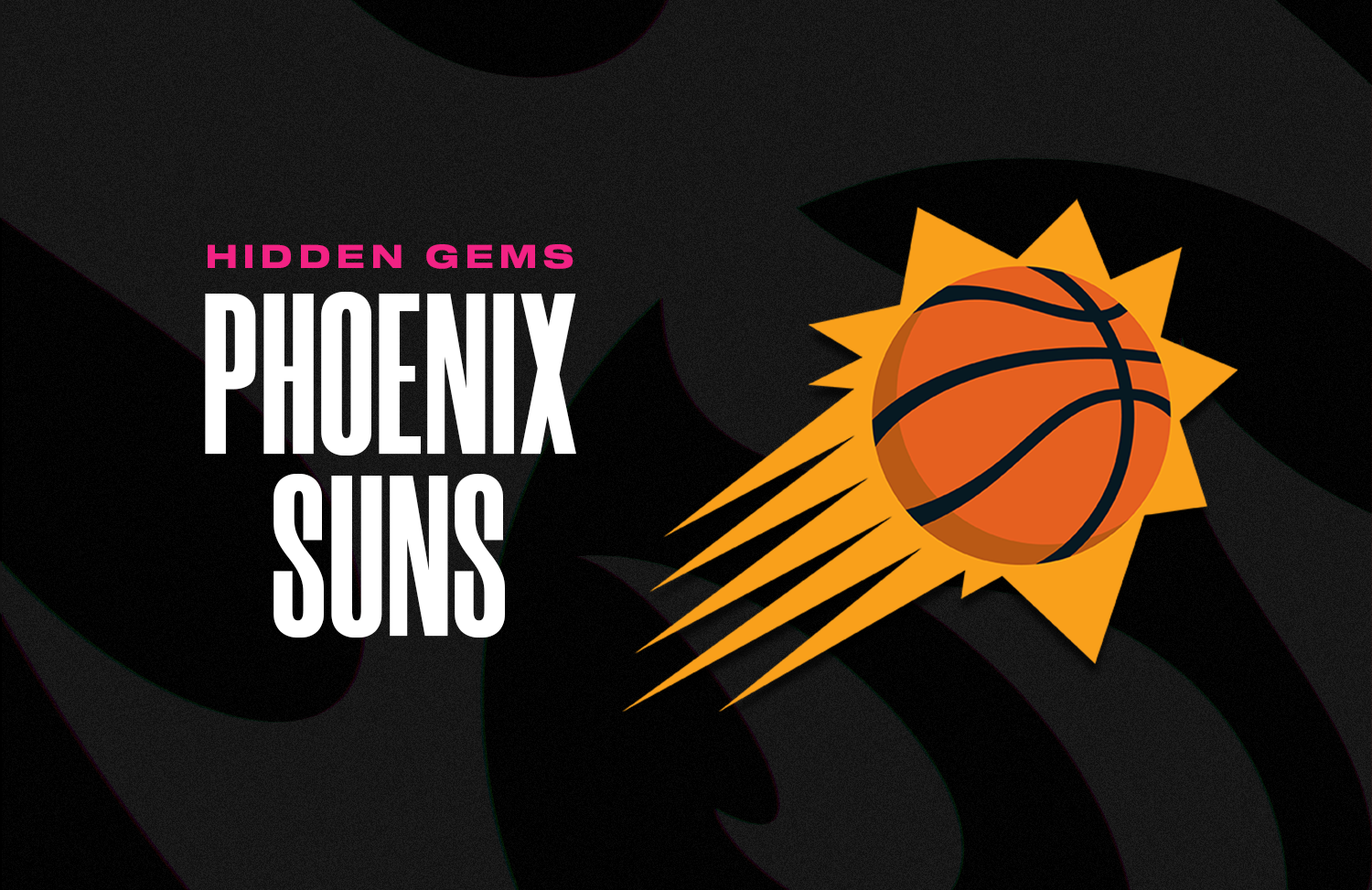