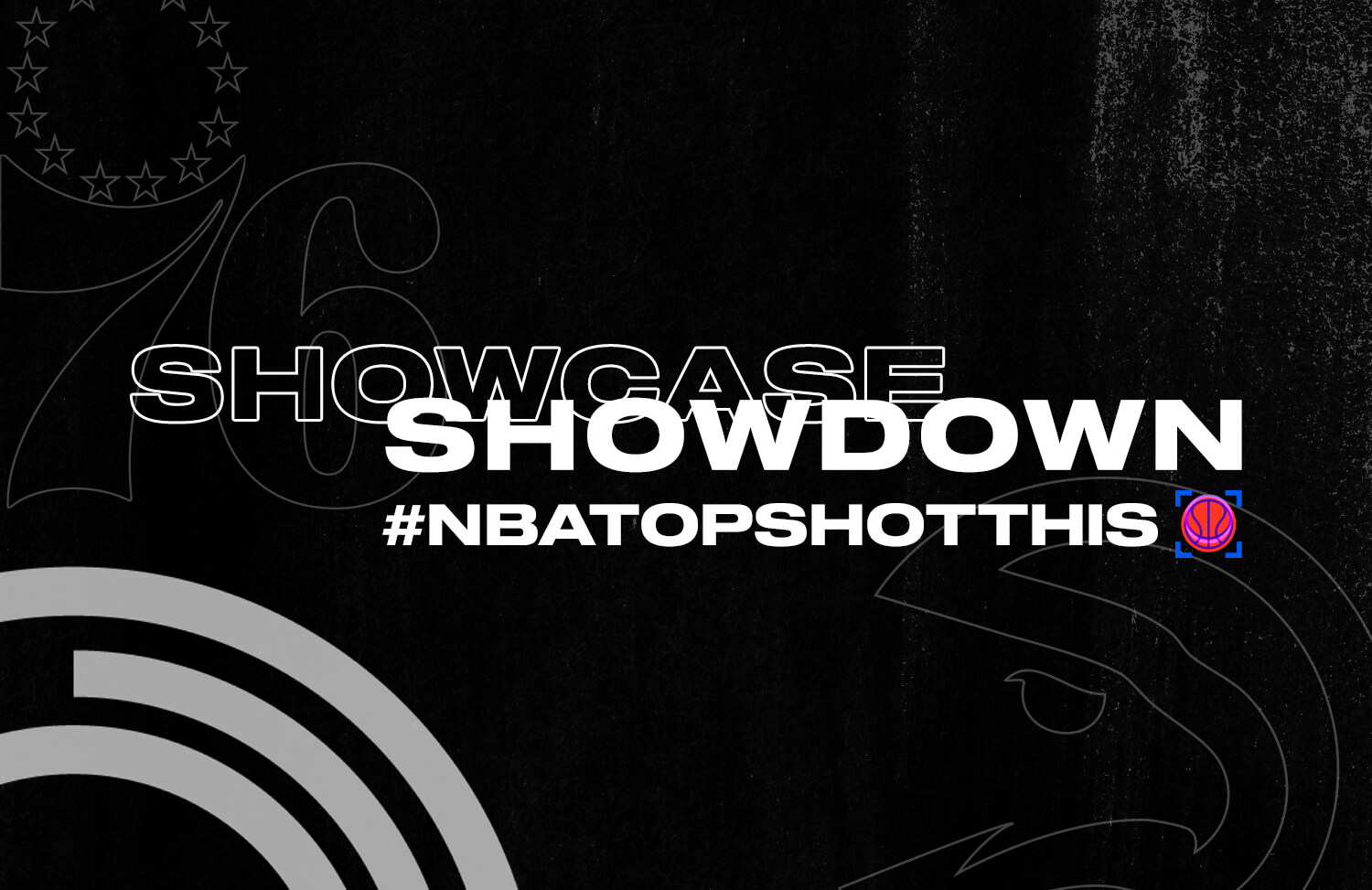 In the #NBAPlayoffs, the stars will shine on the game’s biggest stage.

But which role players can make a household name for themselves?

So in tonight’s Showcase Showdown, we’re looking at lineups -- and how they’re going to affect Tuesday night’s #NBAPlayoffs games.

To kick off the TNT doubleheader, the Philadelphia 76ers are looking to bounce back from a Game 1 loss -- one in which they fell behind by 20 early -- against an Atlanta Hawks team that spread the floor and couldn’t miss in the first half.

What adjustments are coming tonight?

Can Matisse Thybulle be the X-factor in slowing down the Hawks’ aerial attack from distance?

Can Seth Curry counter with his own long-range distance shooting and help ease the offensive load on Philly’s Big 3?

The 5 that need the most minutes for the #Sixers tonight. #NBATopShotShowcasehttps://t.co/VNGpbjMfUb

Tisse on Trae, blitz all P&R’s, weak side man help with Capela’s roll, live with Huerter or Collins’ long jump shots. Don't let Bogie or Trae get going and you're fine. https://t.co/NTn7UECctV

Balance. Depth. Versatility. What kind of encore do the young Hawks have in Game 2?

Can the promising duo of Trae Young and Clint Capela control the Hawks offense and defense, respectively, in Game 2?

My showcase couldnt miss the Hawks superstar Trae Young and the rock Clint Capela who have been spectacular.
On the other hand, we cannot call out the MVP candidate Joel Embiid and his squad consisted of Tobias Harris and Danny Greeen!https://t.co/kYkNYF6Ggt#NBATopShowCase https://t.co/xdudVh4Q8b

Top 5 players on the floor tonight. Does that favor Philly or Atlanta?

No surprises in my top 3, Tobias Harris underrated but deserving of my #4 spot and Bogdan at 5 will need to score to take pressure off Trae. #NbaTopShowCasehttps://t.co/vNQU4QSFqH https://t.co/r8IdMaLRIq

To cap off the TNT doubleheader, the Utah Jazz and Los Angeles Clippers continue their #NBAPlayoffs journey.

The Jazz defeated the Memphis Grizzlies in five games, while the Clippers won the only home game by the home team in the series -- when it mattered in a deciding Game 7 -- to outlast the Dallas Mavericks.

What's your prediction for Game 1? Show us a Showcase with your favorite dunks, shakes & treys from either or both squads 🏀

Will we see any #NBATopShotThis type of Throwdowns Moments from Paul George or Kawhi Leonard challenging Rudy Gobert in Game 1?

https://t.co/DfU93u7SoN. Huge throwdowns by the studs w a trey and a shake mixed in for good measure. Should be an awesome series! #NBATopShotShowcase https://t.co/wfvkfeIeh0

Will Paul George carry the load on both ends of the floor for the Clippers tonight?

Had to get my PG13 Throwdown in this #NBATopShotShowcase - think he leads the way to an upset win for LAC.https://t.co/0m9Tuk5wIl https://t.co/E4h9Se7YMf

I can't think of any other result but win for Utah. Donovan with some help from Rudy, Bojan and Jordan will finish what Mavs started.https://t.co/ZW8nFzQPbA#NBATopShotShowcase https://t.co/fO97VOqWB3

#TakeNote. Will the Jazz’s dominance from the regular season carry into the second round?

Jazz/Clips gets underway tonight! Looking forward to Jazz dominance. Here is a little showcase I made in honor of their imminent victory!!! 💪#NBATopShotShowcase https://t.co/lGhnqtr4J4@nbatopshot
@ElDumboTS https://t.co/NKNUzb6sB9

What are your series predictions?

Be sure to tag us on Twitter @nbatopshot with your Showcase and hit that follow button to stay up-to-date around playoff activations.

As noted, collectors have until Wednesday, June 9 at 9am PDT/12pm EDT to reserve the first 2021 NBA Playoffs Pack. Happy collecting!