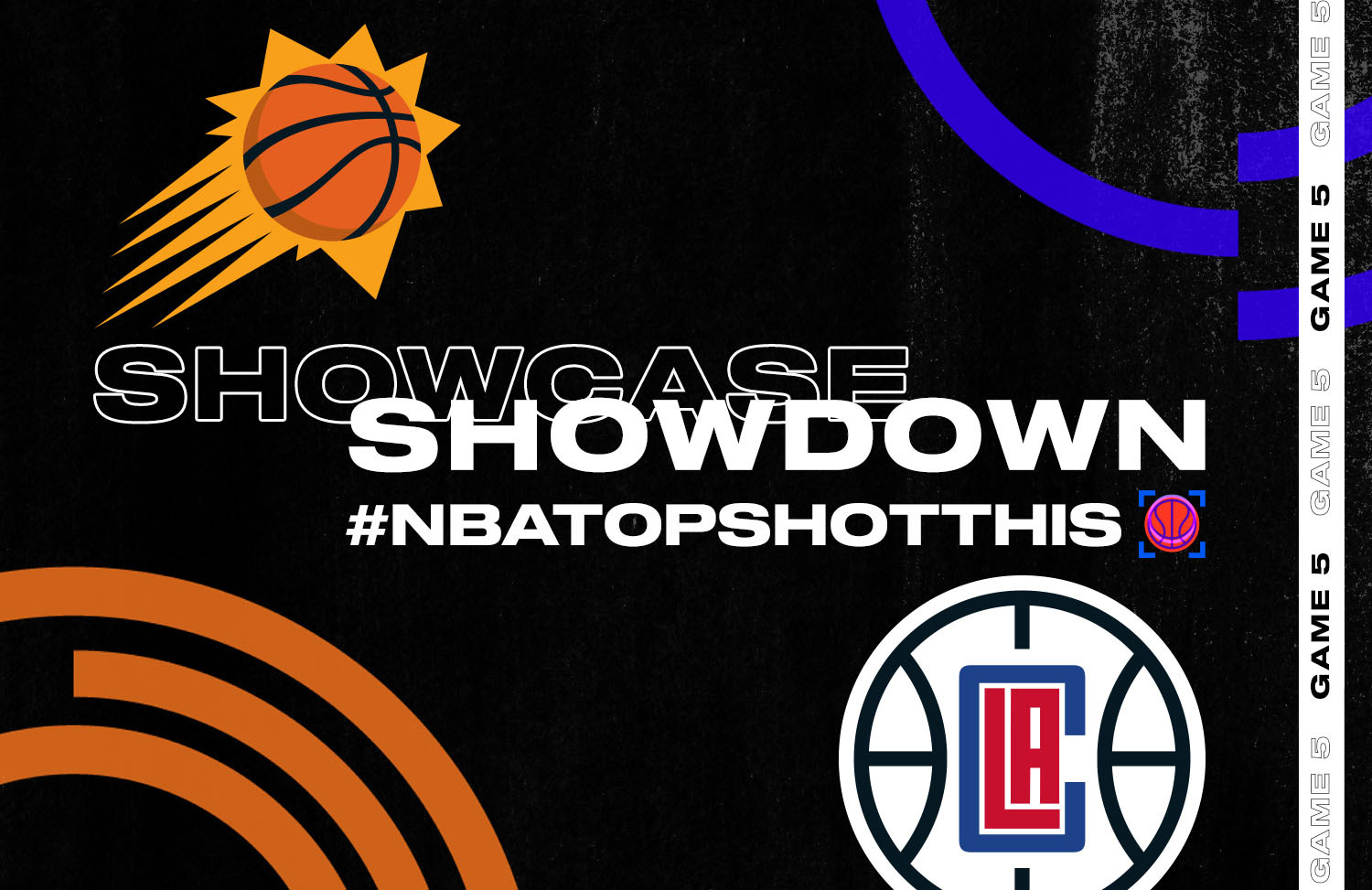 Will the Phoenix Suns reach the Finals for the first time since 1993?

Or will the Los Angeles Clippers stave off elimination?

The trio of Chris Paul, Devin Booker and Deandre Ayton, with strong play from their supporting cast, have propelled the Suns to within one win of clinching the Western Conference crown.

The Clippers have trailed each of their 2021 Playoff series 2-0 and advanced, so don’t count them out … yet. Paul George and a resurgent Reggie Jackson have buoyed the Clippers offensively, while Terance Mann is in the midst of a breakout postseason.

In honor of a thrilling NBA Playoffs, we called forth the Top Shot Community to curate their best Showcase featuring some of the finest #NBAPlayoffs performances from Series 1 & Series 2 Moments.

Game 5⃣ #NBATopShotShowcase@suns moving on? @laclippers sending it back to LA? Show us a showcase of your best #NBAPlayoffs performances from S1 & S2

(and QT this with a prediction of who the star's gonna be tonight) #NBATopShotShowcase pic.twitter.com/6df6jnaAFO

A bold prediction, but even bolder Moments comprise this Showcase.

Game 5 Prediction🔮Reggie Jackson and PG each score 30+ Points tonight and get the W, forcing a game 6 back in LA

Here is my showcase with some great S1 & S2 Playoff Performances https://t.co/AIuECHFlMU https://t.co/cp2wyHmVxW

A look back at some of the best performances from this year’s postseason. Do you agree?

Who I think has the best performance during the rounds!! LFG!!!https://t.co/Jadg2Wxomi

CP3 going to the Finals the first time! Young guns proving a point

Getting the crowd loud and making a footprint on the game. These Playoff Moments get loud!!

These are my favourite LOUD playoff plays! #NBAPlayoffs #NBATopShotShowcase #LOUDhttps://t.co/U3dPUiBwPg

This Collector believes it's too early to call the series. Can the Clippers force Game 6?

https://t.co/IH1iL3TLIA
Clippers forcing Game 6 while Booker and Bridges will continue to shine while the playoffs 🌞 would be sad if the series would already end tonight

In a word, this Showcase is loaded. Which is your favorite #NBAPlayoffs Moment?

Clippers going to force game 6 tonight! Reggie Jackson will continue to shine. My showcase features the game 7 winning shot from Jokic from round two of last year’s playoffs! #NBATopShotShowcase#NBAplayoffshttps://t.co/ID0ZxztK8r https://t.co/heH5sqdAEE

Finally the opportunity to show off my Luka bubble 3 which I am the most proud of.

CP3 is gonna be the Star tonight for sure#nbatopshotshowcasehttps://t.co/1069GGvDZW https://t.co/G36nrXguUi

Does Mr. June have another big performance in him? This Showcase features the best of the Eastern Conference finalists.

#NBAPlayoffs are fire this year.

Throwing it back to the NBA Restart. Relive the Moments from last year's postseason.

#nbatopshotshowcase Suns will finish of the series with a classic performance from their BIG3! my showcase is a flashback to the Bubble Playoffs - relive some amazing Moments from last year: https://t.co/Iz2ySHGHnP

Collectors with featured Showcases in these blogs should check their collection within 48 hours of the blog being published.

Be sure to tag us on Twitter @nbatopshot and use #NBATopShotShowcase with your Showcase, and hit that follow button to stay up-to-date around playoff activations.