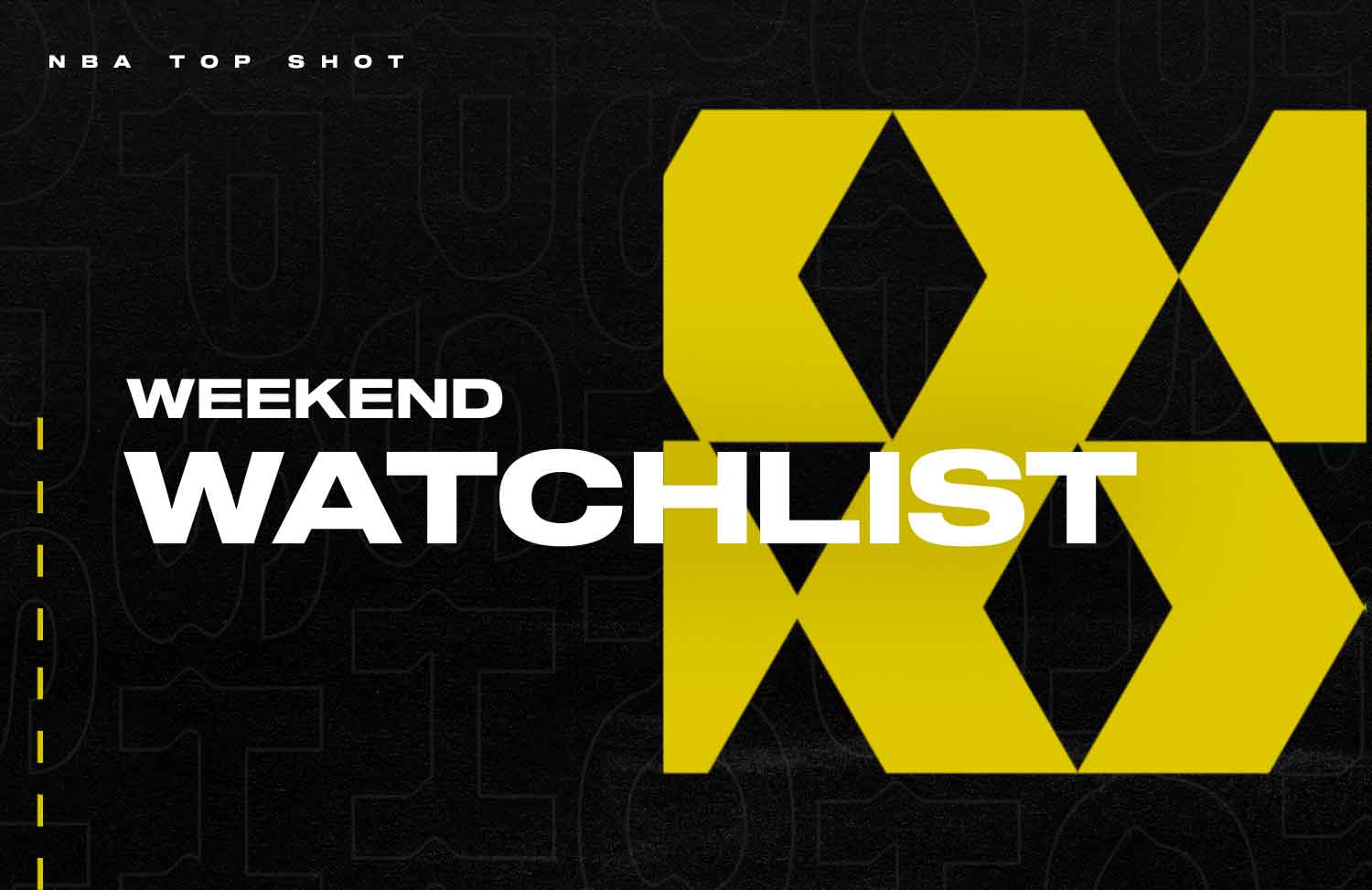 The NBA Top Shot Watchlist helps our global community of fans save specific Moments they’d like to track and monitor over time.

We recently introduced the Weekend Watchlist, a new blog concept that tracks the most “watched” players and Moments over a seven-day period.

Ready to see who is trending this week?

‍On Friday, February 4, we pulled a list of the 50 most “Watchlisted” Moments on the NBA Top Shot marketplace for the prior 7 days. The list below reflects individual players whose Moments appeared most often on that list, with cumulative Watchlist additions for the 7 day period determining the specific order.

Using the same list of the 50 most “Watchlisted” Moments, these are the specific Moments that ranked as the 10 most saved by our community.

Whether they’re newly released, served a purpose in a recent Flash Challenge, or are simply an amazing highlight that fans have their eye on, here’s a look at the top 10:‍

‍Rookie Jalen Suggs is standing up and making his presence felt. In this play, Suggs uses his court awareness to anticipate the pass and pick it clean at the top of the arc, before sprinting the length of the court for an uncontested two-handed jam on the other end. Suggs contributed 17 points, 5 assists, 3 rebounds and a steal in the 116-105 loss to the Philadelphia 76ers on November 29, 2021.‍

‍In one of the first Moments to be selected by the community in Top Shot history, Evan Mobley shows off his multi-dimensional skill set, which has Cavs fans rightfully excited for the future. The 7-footer has a knack for finishing uncanny plays - Mobley makes a strong gather off a Darius Garland dish and hangs through contact to finish his first career and-one.

‍Kevin Love is a crafty big man who has been filling up NBA stat sheets for over a decade. In this play, Love shows off his versatile skill-set as he corrals a rebound only to turn and spectacularly launch an outlet pass the entire length of the court to find his teammate at the hoop for the easy conversion. Love contributed 10 points, 5 boards and 3 dimes in the 114-96 win against the Dallas Mavericks on November 29, 2021.‍

‍How are mere mortals supposed to stop Dwyane Wade when he's barely contained by the very laws of physics themselves? After cutting backdoor and losing his defender just outside the paint, the Miami Heat superstar launches himself into low earth orbit to chase a wild lob, spins fluidly mid-air to collect the rock, then continues his rotation to complete the 180-degree spin and bank home an instant classic alley-oop. Wade finished with 37 points on the night, including his team's final 17 points, en route to a victory over the Detroit Pistons on February 12, 2006.

‍When Robert Williams III catches the rock mid-flight, it's best to duck and cover. The Boston Celtics center rolls to the rim after an off-ball screen and unleashes an emphatic one-handed alley-oop against the Atlanta Hawks on February 17, 2021.

‍LaMelo Ball has the length and awareness to be a problem in this league for a long time. The Charlotte Hornets rookie blows by his Oklahoma City Thunder defender on the perimeter, attacks the hoop and finishes with his off-hand for his first career bucket on December 26, 2020.‍

‍Taking it to the rack! Late in first quarter play, Philadelphia 76ers rookie point guard Tyrese Maxey glides to the rim and hits the layup off the glass for the first two points of his NBA career against the Washington Wizards on December 23, 2020.

‍There are few better ways to ingratiate oneself to a new team than icing a game-winner less than two weeks after joining the roster. Toronto Raptors trade acquisition Gary Trent Jr. sprints up the floor in the final seconds of a game against the Washington Wizards then rises up to bury a go-ahead triple as the buzzer sounds on April 5, 2021.

‍You think sending a double team to meet Kevin Durant in the corner is going to stop him from putting points on the board? Think again. After taking his defender off the dribble, the Brooklyn Nets superstar sets up on the baseline and buries an untouchable fadeaway. Durant dropped 38 points on 17-of-24 shooting in the October 24, 2021 affair.

Stay tuned for another look at the Top 10 next weekend, and plenty of other exciting updates brewing at NBA Top Shot HQ between now and then.