Through The NBA Top Shot Lens: The Career Of Kevin Durant 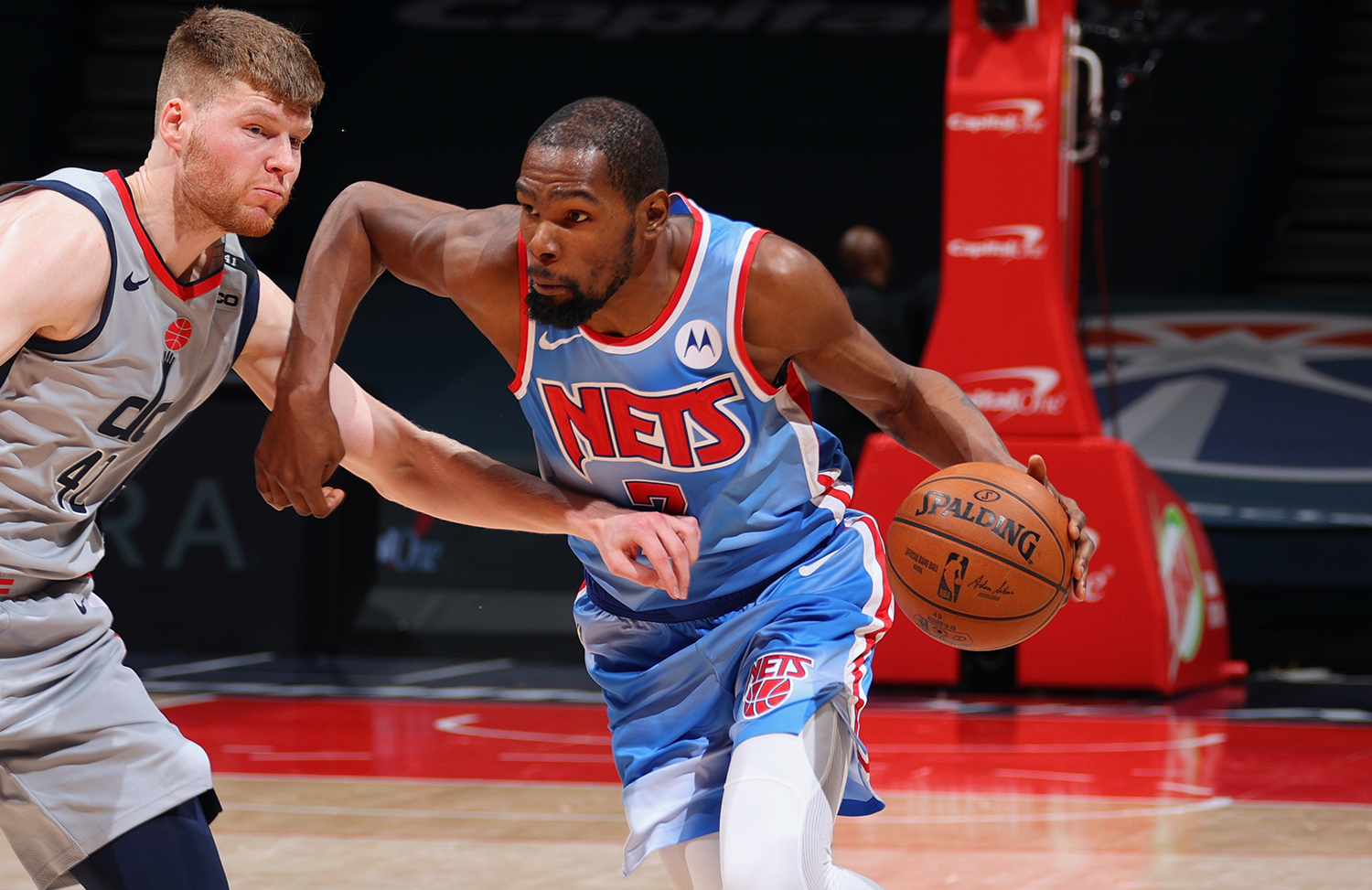 Since being selected 2nd overall in the 2007 NBA Draft by the Seattle SuperSonics, Kevin Durant has been one of the most prolific scorers to step foot on the court.

On NBA Top Shot, you can own the history, highlights and career milestones of your favorite players in the form of Moment™ NFTs.

Here’s a look at Kevin Durant’s career from the perspective of his NBA Top Shot Moments.

On Mar. 21, 2014, Kevin Durant scored 51 points in a double overtime victory against the Toronto Raptors. His final three points of the game came in the form of a deep triple, while down two, to seal the win. The game-winning shot is captured in KD’s Top Shot Debut Moment, from our Series 1 Run It Back Rare Set, his first NFT to exist on the NBA Top Shot platform. With only 209 ever in existence, this Challenge Reward has quickly become one of the most coveted Moment NFTs for NBA fans around the world. As of today, it’s his only Oklahoma City Thunder Moment to exist.

On Dec. 22, 2020, Kevin Durant returned to the court for the first time since rupturing his Achilles tendon in Game 5 of the 2019 NBA Finals as a member of the Golden State Warriors. In poetic fashion, the new member of the Brooklyn Nets went head-to-head against his former team, drilling a deep three from the top of the key for his first points of the game and season. The 22-point effort came in just 25 minutes, and a win, in his Barclays Center debut. This Series 2 Base Set Moment, minted to 7500, is a staple of a KD fan’s wishlist.

On Jan. 12, 2021, KD demonstrated just how difficult he is to defend, making a move towards the hoop before pulling off a behind-the-back, step back combo to free up a wide open look from beyond the arc. The shot, just like his handles, was as smooth as ever. The 122 - 116 win over the Denver Nuggets and league MVP Nikola Jokić came in a 34-point, 13-assist, 9-rebound performance and is minted to 15000 as part of our Series 2 Base Set.

On Jan. 16, 2021, KD put up 42 in a high-scoring affair against the Orlando Magic, hammering home his first dunk Moment™ NFT on NBA Top Shot. Minted to 4182, this Moment™ NFT was a Challenge Reward in the Series 2 “Seeing Stars” Set, featuring every player selected to the ‘20-21 All-Star Game.

On Jan. 31, 2021, Kevin Durant went head-to-head against his former Oklahoma City Thunder teammate, Russell Westbrook, blowing past the guard, and Robin Lopez, before putting Dāvis Bertāns on a poster. The massive one-handed baseline dunk accounted for two of the 37 points scored by KD, and is available in Durant’s most accessible Moment™ NFT of Series 2, minted to 40000.

On Apr. 10, 2021, KD showed off the confidence and control that makes him one of the league’s best, year after year. While playing point-forward and bringing the ball up the court, Durant notices a vulnerability in the Los Angeles Lakers defense. He fakes to the left, crosses over to the right, and blows past Kentavious Caldwell-Pope before dunking over Andre Drummond. As part of NBA Top Shot’s flagship “Holo Icon” Set in our Legendary Moment™ NFT tier, this Moment is Kevin Durant’s scarcest to exist, with only 61 ever minted.

On May 16, 2021, the Brooklyn Nets pulled off one of the most epic circus plays in NBA history. In this masterful display of teamwork and passing, a stray pass becomes the catalyst for an iconic highlight. Mike James bats the ball to Blake Griffin, who flings a no-look behind the back pass down the court to a streaking Kyrie Irving, dishing it back to James who throws it off the backboard for the monster two-handed dunk by Kevin Durant. The only Metallic Gold Moment to feature Durant so far, this Rare 499 Moment NFT from Series 2 is endlessly rewatchable.

On June 1, 2021, Kevin Durant and the Brooklyn Nets eliminated the Boston Celtics from the NBA Playoffs in Game 5 of their Round 1 matchup. This Moment™ NFT captures KD’s dominance on both ends of the court during the game, blocking a layup attempt on one end of the court right into a transition opportunity, taking a pass from James Harden to the hoop for a smooth layup. The first Playoff Moment™ NFT of KD’s career on NBA Top Shot, it’s available as part of our Series 2, 2021 NBA Playoffs Set, and only 12000 exist.

On June 19, 2021, the Brooklyn Nets playoff run came to an end in epic fashion in Game 7 of the NBA’s Eastern Conference Semifinals. Laying it all on the line in what would become one of the signature shots of the season and Moments of the 2021 NBA Playoffs, KD received an inbounds pass, created space against P.J. Tucker, and turned around for a deep fadeaway as time expired. The shot went in, and a feeling of euphoria washed over the Barclays Center and Nets team for a fleeting few seconds before replay confirmed that Durant’s foot was on the line. A potential game-winning three became a game-tying two, and the Milwaukee Bucks would go on to defeat the Nets in overtime before eventually winning the NBA Title. The shot would be KD’s last points of the game, and the season. Only 11500 are available as part of our Series 2, 2021 NBA Playoffs Set.

His first Moment of Series 3 is available in our KD Starter Packs for new fans.

Get yours today, and start flexing your KD fandom.