Throwdowns: The Most Rim-Rattling Pack Has Arrived 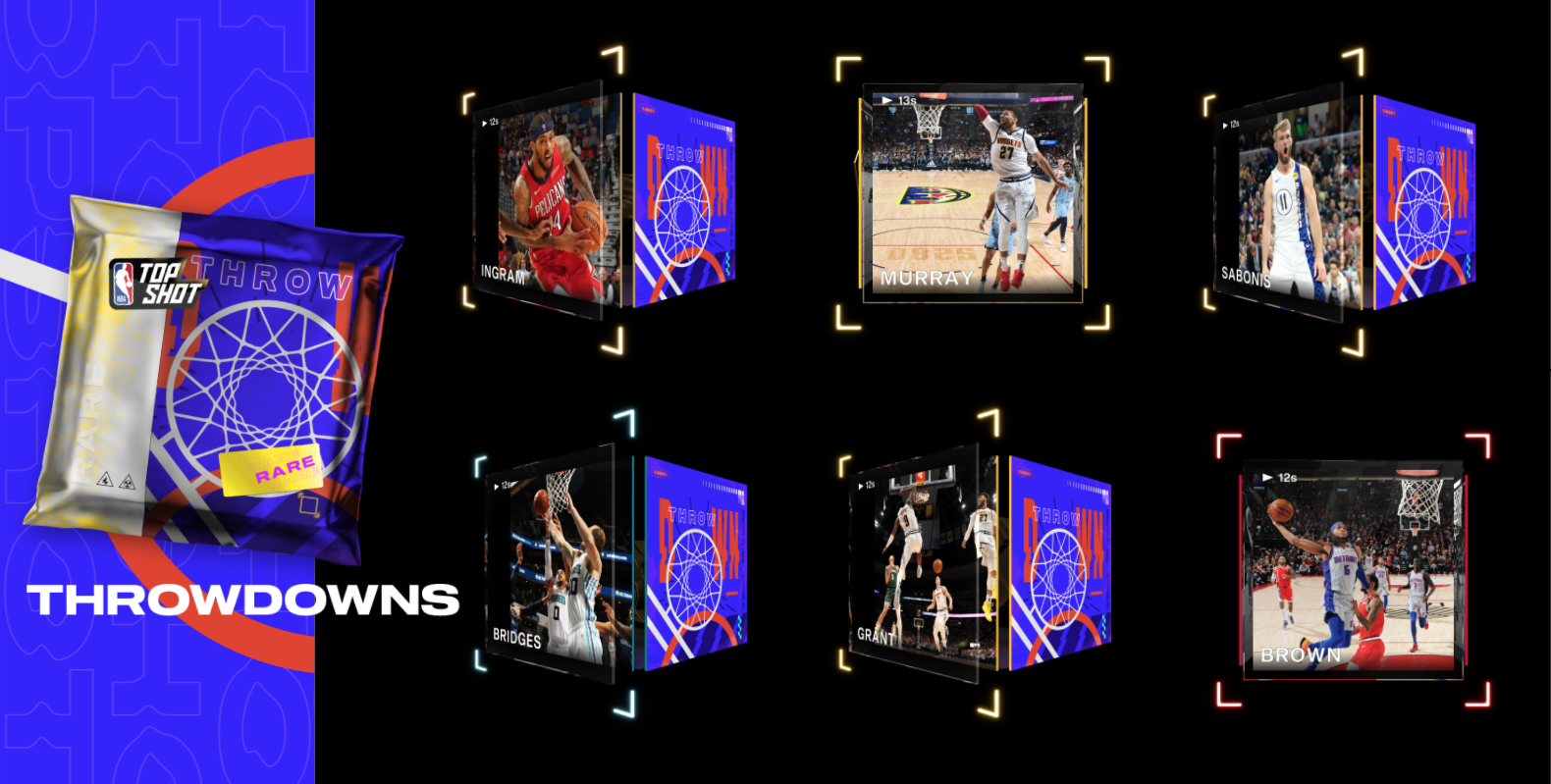 NBA Top Shot is in beta and we’re dropping hot plays. Our launch library contained 150 top highlights from the 2019-20 NBA season, featuring 5 different players on each team, to make sure there is something for everybody. Now we’ve added new plays, and this library will continue to grow both forward in time as games start up again and backward in time to build a more robust look at the 2019-20 season.

In wave 1 of this rare Top Shot pack, you’ll snag one of the game’s most jaw-dropping hammers from the 2019 / 2020 season. Fast break slams, over-the-top putbacks, and baseline posters – adding these high-flying Moments will have you soaring over the competition.

But you’ll have to get to the rack quick to grab a Throwdowns pack: only 275 of each of these legendary Moments will ever be minted, including these skywalking slams:

If you collect all 9 Throwdowns Moments from drop 1 and complete the Throwdowns Challenge, you’ll receive one of the nastiest rim-rockers from this season: San Antonio Spurs star DeMar Derozan skying over his former Raptors teammates for an in-traffic slam. Revenge dunks are the best dunks.

(Sneak peek: Throwdowns wave 2 is headlined by an earth shattering dunk from the Greek Freak.)

Sold out: From The Top

But, never fear, if you didn’t get your hands on one of these in-demand packs, get ready to snag legendary From the Top Moments on the marketplace when it launches, or find someone to trade with in Discord. Start makin' your plans!