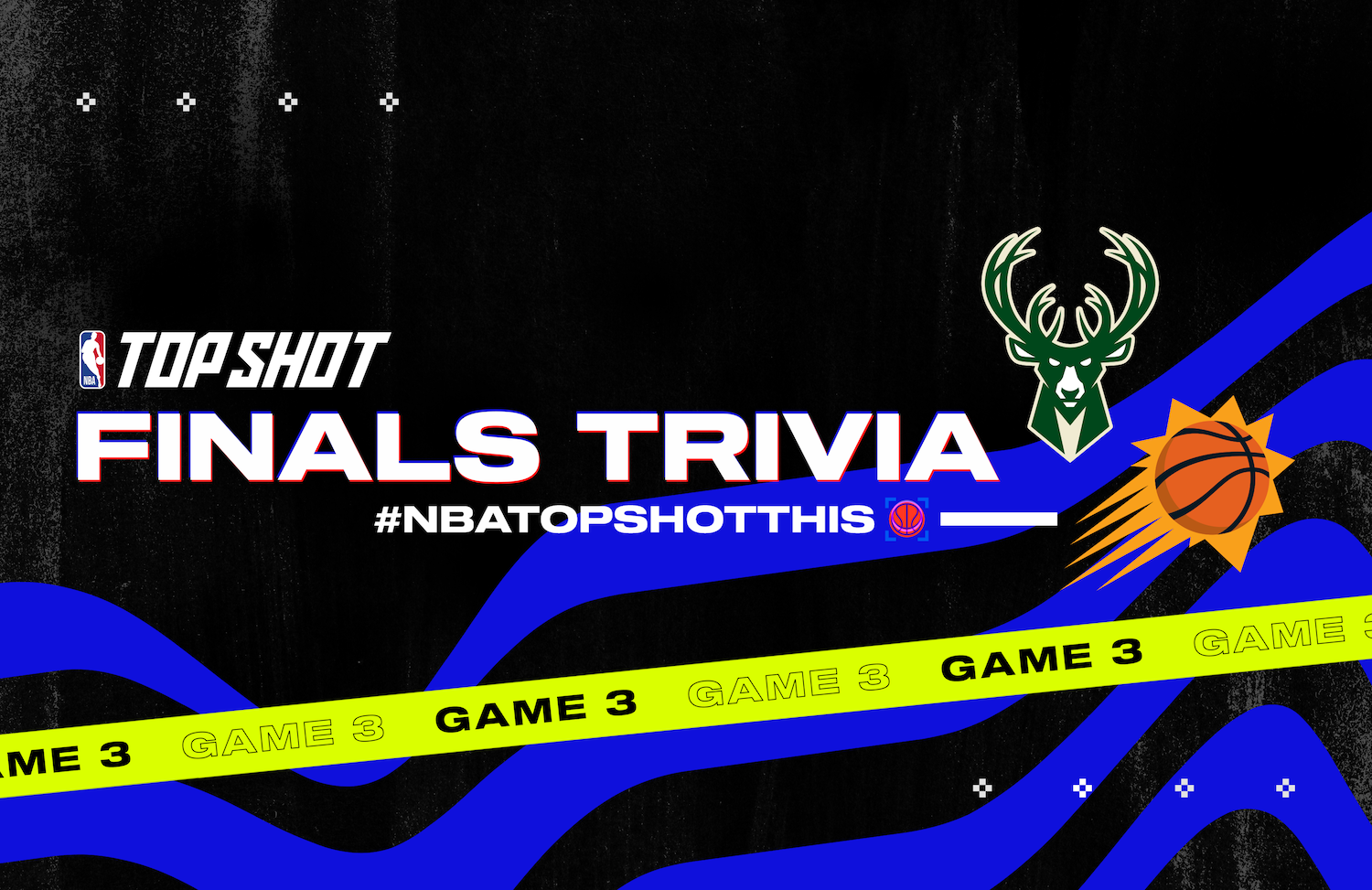 For the second of our #NBAFinals Trivia nights during Game 3, collectors from the Top Shot Community came prepared.

With an #NBAPlayoffs pack on the line, everyone brought their A-game.

🏀 Follow our Twitter throughout Game 3
🏆 150 Packs, 150 Unique Winners
🙌 Be the first to QT with the correct answer & Top Shot username
#⃣Use #NBATopShotThis with each reply

Throughout Game 3, we asked 10 questions and a total of 150 unique Collectors were selected to receive a 2021 #NBAPlayoffs pack, after sending in the correct answer(s).

See below for the full list of questions and correct answers:

Q: Who leads the Milwaukee Bucks in blocks per game this postseason?
A: Brook Lopez  is the correct answer! Leading the way with 1.7 blocks per game.


Q: What is Khris Middleton’s career-high for points in a game?
A: On January 28th, 2020, Khris Middleton scored 51 points against the Washington Wizards.

Q: Which NBA teams has Chris Paul played for? Name all of them!
A:  CP3 has played on a total of 5 different NBA teams during his career: New Orleans Hornets, Los Angeles Clippers, Houston Rockets, Oklahoma City Thunder, Phoenix Suns.

Q: On December 29th, 2020 the Miwaukee Bucks set a single game record for 3-pointers. How many 3-pointers did they make?
A: The Bucks drained a record breaking 29 3-pointers that night.

‍Click here to see the full list of winners. All packs will be distributed to the winners before the beginning of Game 4.

We’ll see you on Wednesday at 6pm PDT for #NBATopShotThis Game 4 Trivia.