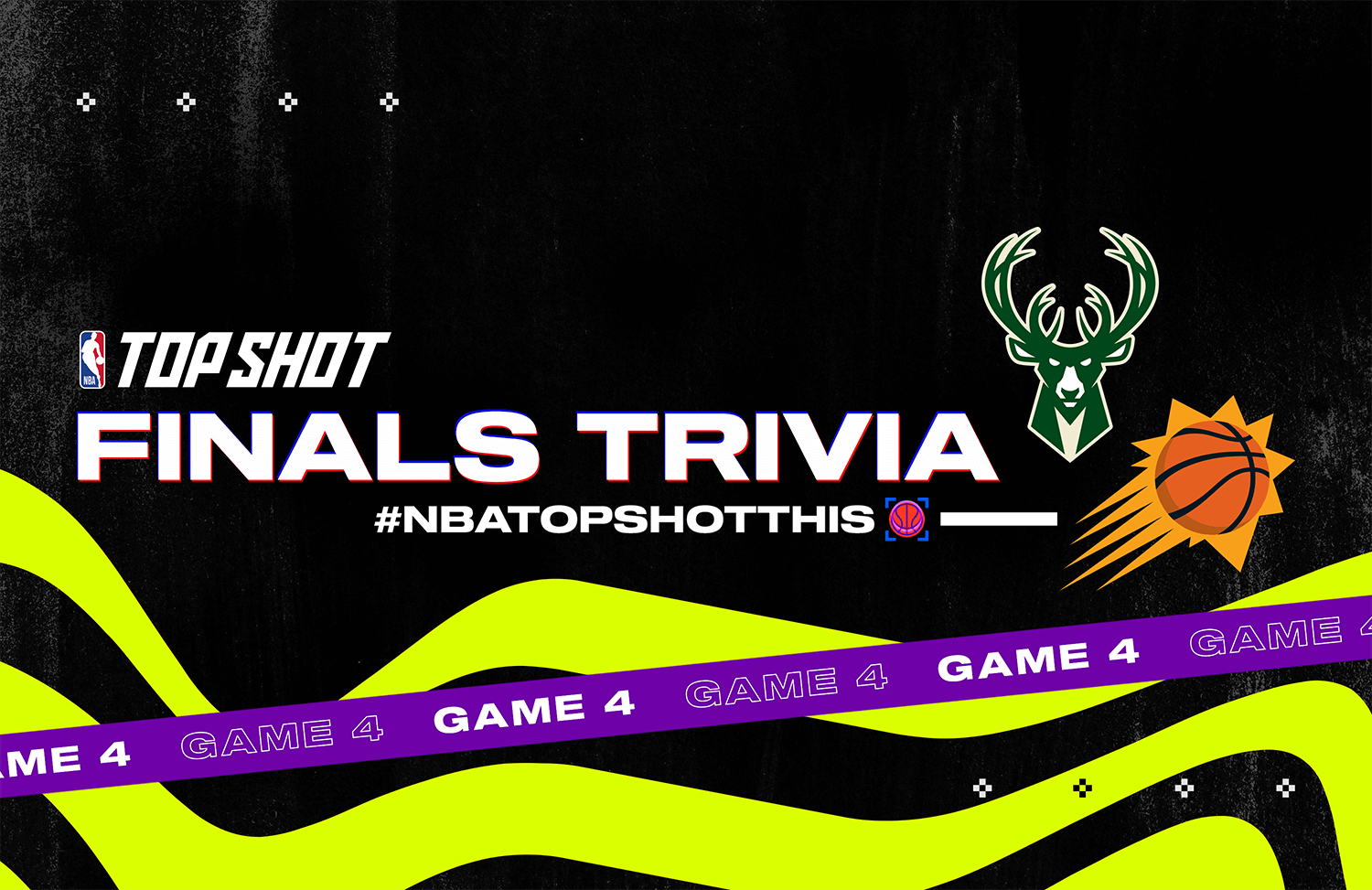 Well, that was fun, wasn’t it?

It’s a best of three series now, with the Finals knotted at two games apiece.

Throughout Game 4, we asked 10 questions and a total of 150 unique Collectors were selected to receive a 2021 #NBAPlayoffs pack, pending the correct answer(s).

See below for the full list of questions and correct answers

Q: Jrue Holiday has two brothers also in the NBA. Name them and the team(s) they play for.

A: Justin and Aaron Holiday. Both currently play for the Indiana Pacers.

Q: What is Bobby Portis’s single-game high for points scored while in a Bucks uniform?

Which NBA Player currently playing in the #NBAFinals will get a Finals ring regardless of the outcome?

A: Torrey Craig! Having played 18 regular season games for the Bucks and 32 for the Suns.

Q: At what age did Devin Booker receive his first All-Star selection?

Q: Prior to the start of Game 4, which NBA Player has clocked in the most minutes throughout the Postseason out of both rosters

A: Khris Middleton with 794 minutes.

Q: Prior to Game 4, name which player coming off the bench from both rosters is averaging the most points per game this postseason?

A: Cameron Payne with 9.5 points per game

A: The Phoenix Suns selected Jalen Smith with the 10th overall pick in the 2020 NBA Draft.

A: P.J. Tucker is the correct answer!

Q: What animal is the Suns mascot?

A: The Phoenix Suns mascot is a Gorilla.

Q: Prior to the start of Game 4, who has led the Bucks in field-goal percentage this postseason? (minimum of 3 field goals attempted a game)

A:  Giannis Antetokounmpo, shooting 56.2% from the field.

We’ll see you this Saturday at 6pm PDT for #NBATopShotThis Game 5 Trivia.