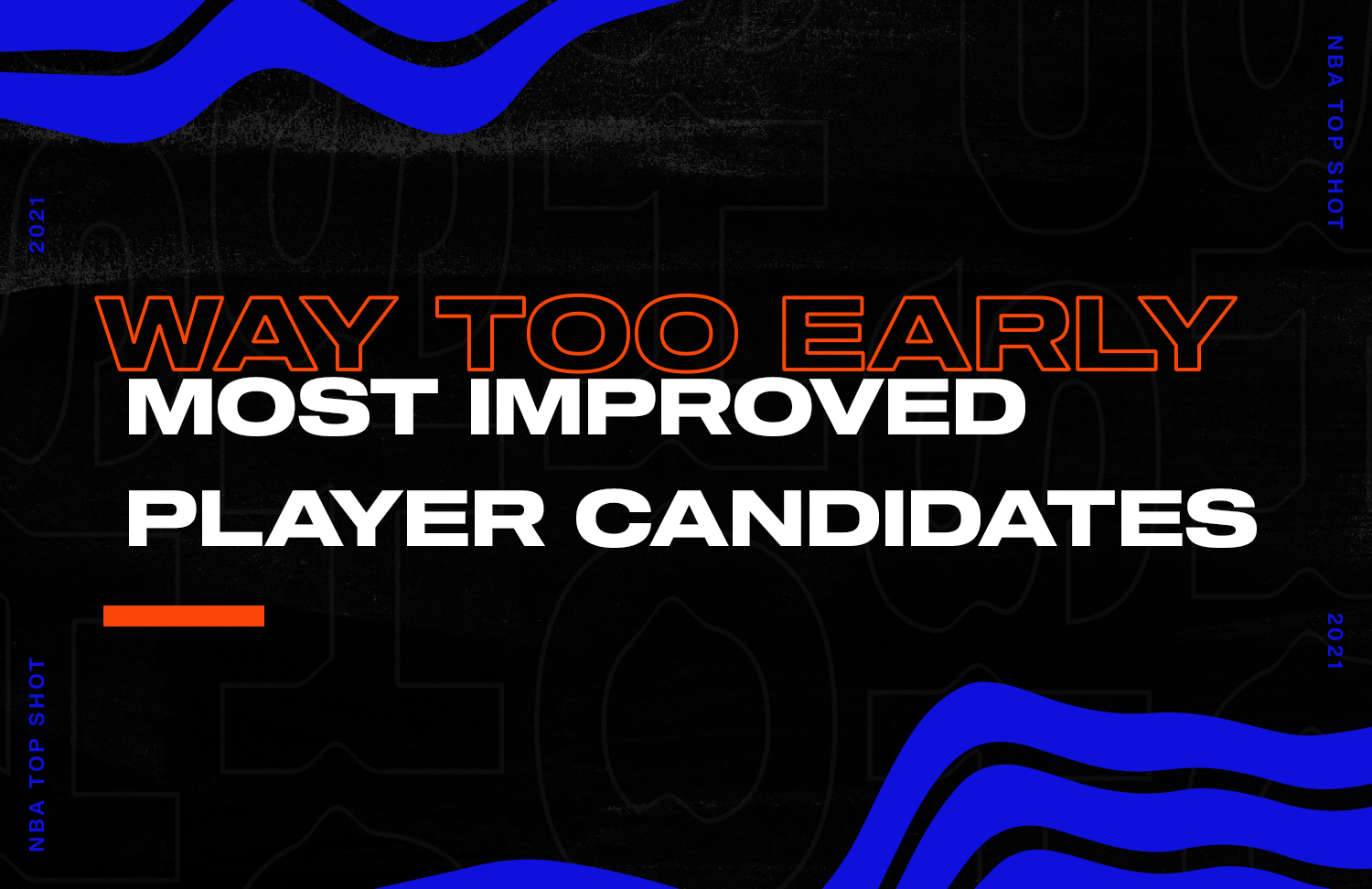 With an Eastern Conference Player of the Week award already under his belt in 2021-22, Bridges has asserted himself as a favorite for Most Improved. His supreme athleticism complements an aggressive, yet controlled, attack that’s difficult to stop. Bridges is tough driving to the basket with either hand, will put anyone on a highlight reel with a vicious slam and has been a lot more active on the glass (avg. 7.9 rebounds) and in passing lanes (avg. 1.8 steals).

If Bridges can maintain his major jump in scoring (up to 23.1 points/night from 12.7 a year ago) after the recent return of Terry Rozier to the lineup, he’s a prime candidate all year long.

After missing out on Most Improved in 2017 - lost to a (more than) formidable challenger in Giannis Antetokounmpo - Harrison Barnes finds himself near pole position during the early stretch of 2021-22. Though Sacramento is just 3-3 so far, Barnes has been critical in every victory, including his game-winning three to bury the Suns in Phoenix.

What makes Barnes’s production most impressive, however, is his ability to adapt to a position change (SF to PF) in recent years and react accordingly - he’s shattering his previous career-best in rebounds this season as Sacramento’s starting power forward. And with similar playing time from a year ago, Barnes is also averaging a career-best 23.3 points, a result of more threes and the acceptance of a “go-to” status in SacTown.

Cole Anthony’s statistical jump has been a pleasant surprise this season. In a rebuilding year, Anthony’s separated himself amongst Orlando’s talented young guards - he leads the entire team in points and assists per game, while improving efficiency as a shooter (45% shooting from downtown) and nearly doubling! his rebounding average (7.6/night) from his rookie season.

Already a clutch scorer, Anthony has made a point to pick his spots better and try to dominate in all areas, as evident with his monster 29-point, 16-rebound, 8-assist line in a winning performance in front of hometown fans at the Garden.

Ja Morant’s teammate Desmond Bane deserves a ton of love as well. Bane’s case is a little different, as he’s served as a “fill-in” for injured starter Dillon Brooks. Though Bane’s strong 2021 Summer League showing led you to believe a leap was in store, Brooks’s absence created a clear opportunity to shine - Bane’s taken advantage so far with almost 18 points/night & 4 rebounds on 48% shooting.

His play style is key for the Grizz: Bane’s always reliable from downtown and offers a calming presence as a consistent scorer despite the fact he only has one season under his belt. Memphis is in the unenviable spot of sending either Bane or De’Anthony Melton (also avg. career-highs in scoring, rebounds & assists) back to the bench once Brooks returns. Until then, expect Bane to continue his strong production.

Tyler Herro is incredibly locked in so far this year. His precision as a scorer is highlighted by better shot selection and the willingness to create for others on a nightly basis. He’s accepted more responsibility while staying efficient as a primary decision-maker, something that’s set him apart from a traditional, second-unit scoring threat.

Not only is Herro in the running for Most Improved, he’s also a leading candidate for Sixth Man of the Year -- and the main catalyst for Miami’s potent bench unit that’s helped spark a 5-1 start to the season.

Toronto’s leading scorer through 8 games, OG Anunoby has taken a similar jump to the one Pascal Siakam made (a few years back) during Toronto’s title-winning season in 2019. Anunoby’s getting to the line and converting more often, launching more triples and steadily improving as a passer once defenders key in on him.

Although his shooting accuracy has dipped so far, don’t expect it to continue once Siakam returns and star rookie Scottie Barnes continues to draw more attention offensively.