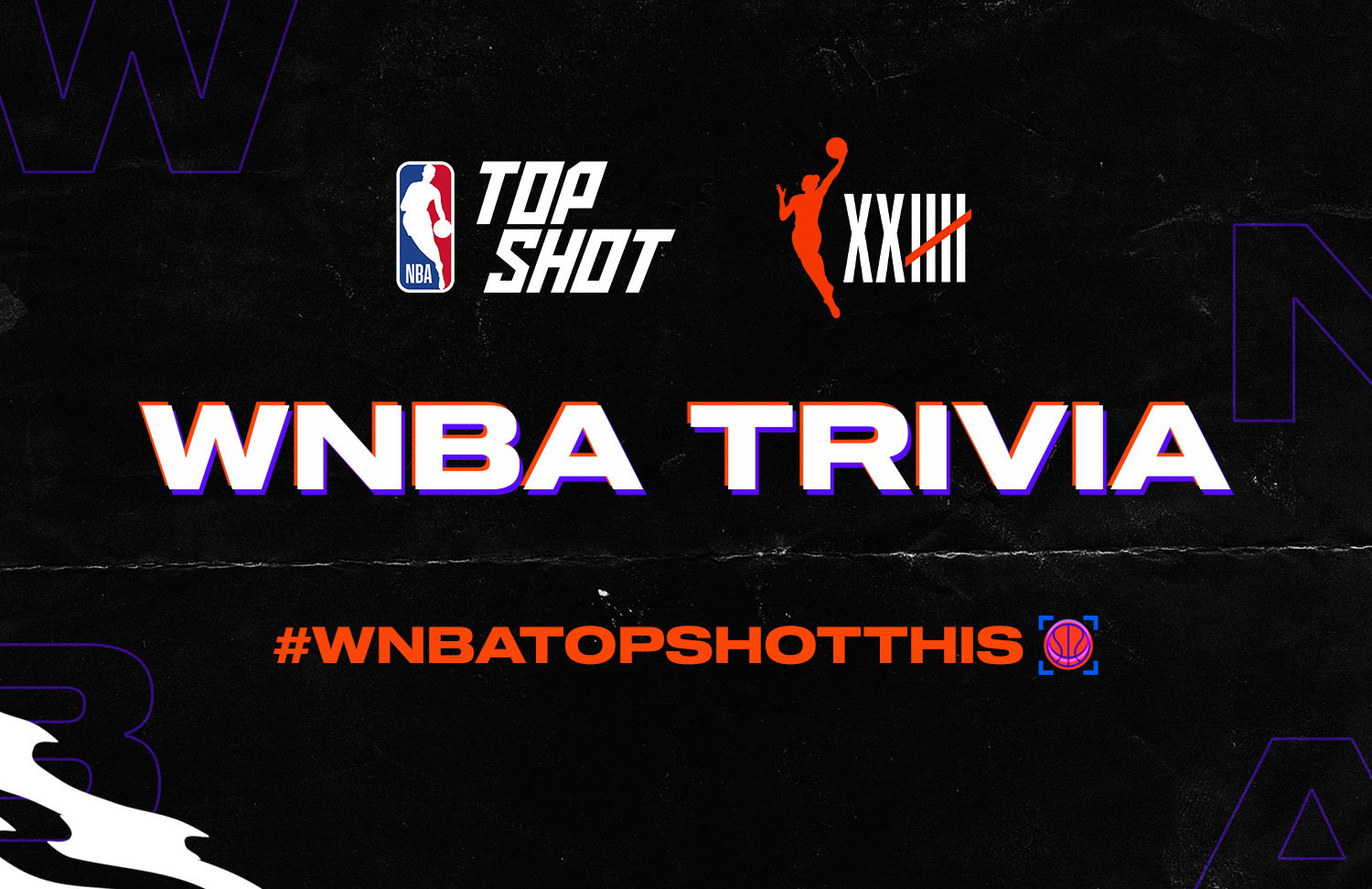 The 1st-ever @WNBA packs drop tomorrow -- and we’re celebrating the official launch by giving away 100 of them in a special round of #WNBATopShotThis Trivia!

Not on Top Shot? Sign up now for a special gift: https://t.co/kqaFIGUg9I

Retweet and tag a friend! Trivia in 15 mins 🚨 pic.twitter.com/1O2y5V4zhr

We asked 11 questions and a total of 110 unique Collectors were selected to receive a Best of 2021 WNBA pack, pending the correct answer(s).

Let’s start!! Who leads WNBA in points per game this regular season?
A: Tina Charles is the correct answer. She leads the WNBA at 25.4 points per game.

‍
Q: Who holds the WNBA single-game scoring record. And how many points did she score?
A: Liz Cambage! She scored 53 points on July 17th, 2018.

Q: Since being selected first overall by the Seattle Storm in the 2016 WNBA Draft, ___ has won 2 WNBA Championships and 2 Finals MVPs. Who is that player?
A: The correct answer is Breanna Stewart, who won WNBA championships in the 2018 & 2020 WNBA seasons.

‍Q: Which WNBA player is the career league leader in assists?
A: Sue Bird, Fun fact, her 3000th assist is available on the Marketplace :)

Q: Which WNBA player is the career league leader in points?
A: Diana Taurasi! Fun fact, the 9,000th point is available on the Marketplace

Q: #WNBATopShotThis Trivia Bonus Question... Who's the 1 WNBA player you want to see with a Moment in Top Shot?
A: Correct answers will vary

HIT THE MARKETPLACE TO FIND ALL WNBA MOMENTS >>>