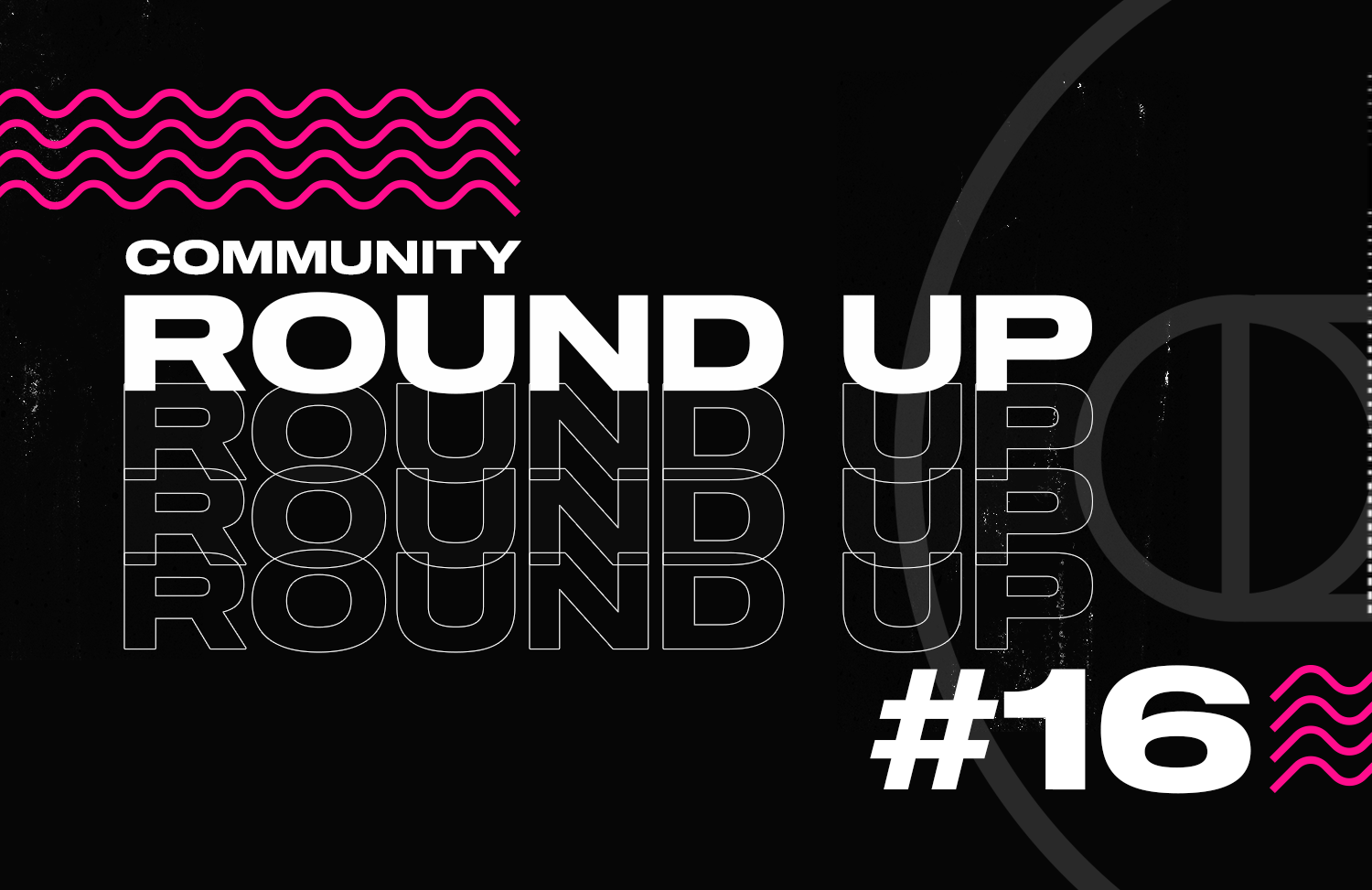 The NBA Top Shot community is the best in the world.

And in our Community Roundups  -- your one-stop shop for all things NBA Top Shot -- we like to take a few minutes to catch you up on what's going on in the Top Shot world, along with shining a spotlight onto some of the people who make the community so special.

In this week’s edition, we put the spotlight on a collector who is an avid New York basketball fan. We also review the latest happenings in the NBA Top Shot world, including the launch of WNBA on Top Shot.

The first-ever WNBA Moment came from reigning MVP A’ja Wilson and our inaugural pack drop on Friday featured 25 Moments from all 12 teams.

With the WNBA in full swing and teams vying for playoff positioning, we gave a detailed look at all 12 teams and players to watch for to get you caught up to speed around the league.

The Las Vegas Aces star shares why she loves Top Shot and why she is excited for the WNBA to be on Top Shot.

Check out the first-ever WNBA Moment on Top Shot -- an A’ja Wilson block.

Continue to follow us on Twitter to stay up-to-date as we feature special guests in the NBA community to chat Top Shot, hoops and much more.

Part of what makes NBA Top Shot so special is the community. Your passion and excitement does not go unnoticed. In this week’s spotlight, we chatted with an avid NBA Top Shot Collector, @ButterHoops, who loves the New York Knicks and has accumulated a collection of his favorite players -- both NBA Moments and WNBA Moments.

Below is a full transcript of our conversation:

How did you first hear about and get started with NBA Top Shot?

I first heard about Top Shot in February 2021 through Twitter! There was a lot of buzz over people collecting "NBA Moments", so as a huge fan of the league I had to check it out right away. I was working with a small budget so went straight for a couple of future Hall-of-Famers and some of my favorite players and Moments.

Growing up I wasn't allowed to own any sort of cards, even though I was a huge basketball fan. My immigrant parents misunderstood the concept of trading cards and equated all of it to gambling. In retrospect, it wasn't their fault because there was no reliable platform at the time helping you track prices/analyze trends/socialize with other collectors. These kinds of tools legitimize collecting! NBA Top Shot was my first taste almost 30 years later of a real collector's experience. This along with my deep passion for basketball and the NBA/WNBA made the platform an instant hit for me. A few minutes into my first purchases I was already dreaming about the possibilities of the platform and I'm impressed everyday with their willingness to try new things.

What is your favorite NBA Moment you own in your collection?

Currently my favorite Moment I own is the LeBron James 3-Pointer from January 12, 2021. When this happened, it was one of my favorite NBA Moments in GENERAL, so I was ecstatic to come to NBA Top Shot and learn that I can collect and own it.

What is your favorite WNBA Moment you own in your collection?

My favorite WNBA Moment in my collection is the Sabrina Ionescu 3-Pointer. I have to represent the New York Liberty when I can! Also, Sabrina's bond with Kobe Bryant and building on his legacy is important to me.

What is your favorite Moment (currently minted that you do not own) you want to collect?

My dream moment to collect is LeBron James' two-handed reverse windmill dunk on February 6, 2020. The dunk is a tribute to one of the greats and it would mean a lot for me to be able to collect a Moment attributed to two NBA players who have made a big impact on my life.

Which highlight -- regular season or playoffs -- do you want to see minted?

It's hard for me to pick from the two, but either DeAndre Jordan's alley-oop assisted by Chris Paul -- or the epic LeBron James poster dunk over Jason Terry. Both of them are probably two of the most iconic and explosive dunks of all-time! Luckily the NBA has both together in a video for me.

In looking at your collection, you did complete the Hustle & Show set. What about that set makes it special in your eyes?

As a basketball player myself my emphasis was always to be out-hustling everyone else on the court. Even if shots aren't falling, you can always rely on your hustle work to give you an advantage. I had to pay my respects to the players putting in that extra bit of Hustle & Show! Can't have show without the hustle!

What is your favorite Moment in that set? Why?

I'm going to cheat and pick two again because this one seriously took me hours to decide. On one hand I have the Matisse Thybulle Moment, his classic pass-steal into a fast-break dunk! He's one of my favorite rising stars in the NBA and I have a feeling we're going to see a lot of these from Matisse. The Sixers are also wearing very cool jerseys so the zoom-in on the back design during the Top Shot Moment was a beautiful touch. My second favorite Moment in that set is definitely the Ja Morant Challenge Reward. It features one of the most underrated hustle players in the league, Dillon Brooks who caught a lot of attention these playoffs for his hard work every second he's on the court. Ja Morant flies to the ceiling to catch it and finish with such a clean windmill, how could I leave this Moment out?

Favorite NBA team and/or player. Why?

My favorite NBA team is the New York Knicks because I grew up in Queens! The first taste of basketball I ever got was hearing my dad cheer at the radio after Larry Johnson's famous 4-point play against the Indiana Pacers. My favorite player is LeBron James - I have been a huge fan of him since 2002 and his decision to go straight to the NBA from High School. It opened my eyes to the potential of sports and how they can create positive ripples and change lives. He has been a huge inspiration for me even more off the court with his community work and efforts to progress countless different spaces including education, journalism, and how we approach voting in our country.

Favorite WNBA player and why?

My favorite WNBA player right now is Sue Bird! I love all the UConn Huskies in the WNBA and it's hard to list all of them, but I feel that Queens, NYC connection with Sue! I'm also very excited for Liz Cambage Moments on Top Shot, another one of my favorite hoopers in the world. I have a lot of respect for her energy on/off the court and her willingness to be open about self-care is a daily inspiration for me.

Craft your ideal scenario as a collector using the Moments in your collection as utility IRL at an NBA game in 2021-2022.

Every arena will have 20 seats in a section dedicated for Top Shot collectors. One month before each game, we will select random collectors from the Top 20 Collector Score of that team to get tickets. You can throw your tickets back in the pool for a free pack/reward if you can't attend. You won’t be eligible twice in a season.

And for those with travel issues who can't attend, a lot of smaller but numerous drops are really cool and keep the community interested in what's next. Whether it's jerseys, phone cases, or anything physical - fans would love to create a stronger relationship between NFTs and physical redeemables like apparel and other ways to display fanhood in the real world.

Piece of advice for collectors trying to get in the game.

Approach the collecting experience with a goal. My goal was to be able to share my favorite NBA Moments with peers anywhere, and I trust a platform like Top Shot to give me not only the coolest collecting experience - but also sharing experience possible. With that in mind, I would suggest to collect Moments and packs with themes you love and can connect with (like me and Hustle & Show!) If your goal is utility, Top Shot has also created mechanisms to reward collecting with diversity and chasing Set completion. As you journey through your experience on the platform don't forget why you chose to collect and definitely explore the social side of the things as well.

NBA Top Shot opened up a new world for me and I have met incredible people because of it and continue to have great experiences weaved through my choice to start collecting on the platform. I encourage all newcomers to explore and continue to give feedback to the team - they are very open to hearing feedback!

Come say hi to me on Twitter @ButterHoops! I'm usually tweeting about basketball or technology and would love to hear more about everyone's collecting experience!

The WNBA is now on Top Shot! The first-ever WNBA pack drop occurred on Friday, August 27. Here are some mentions of Top Shot in the media.