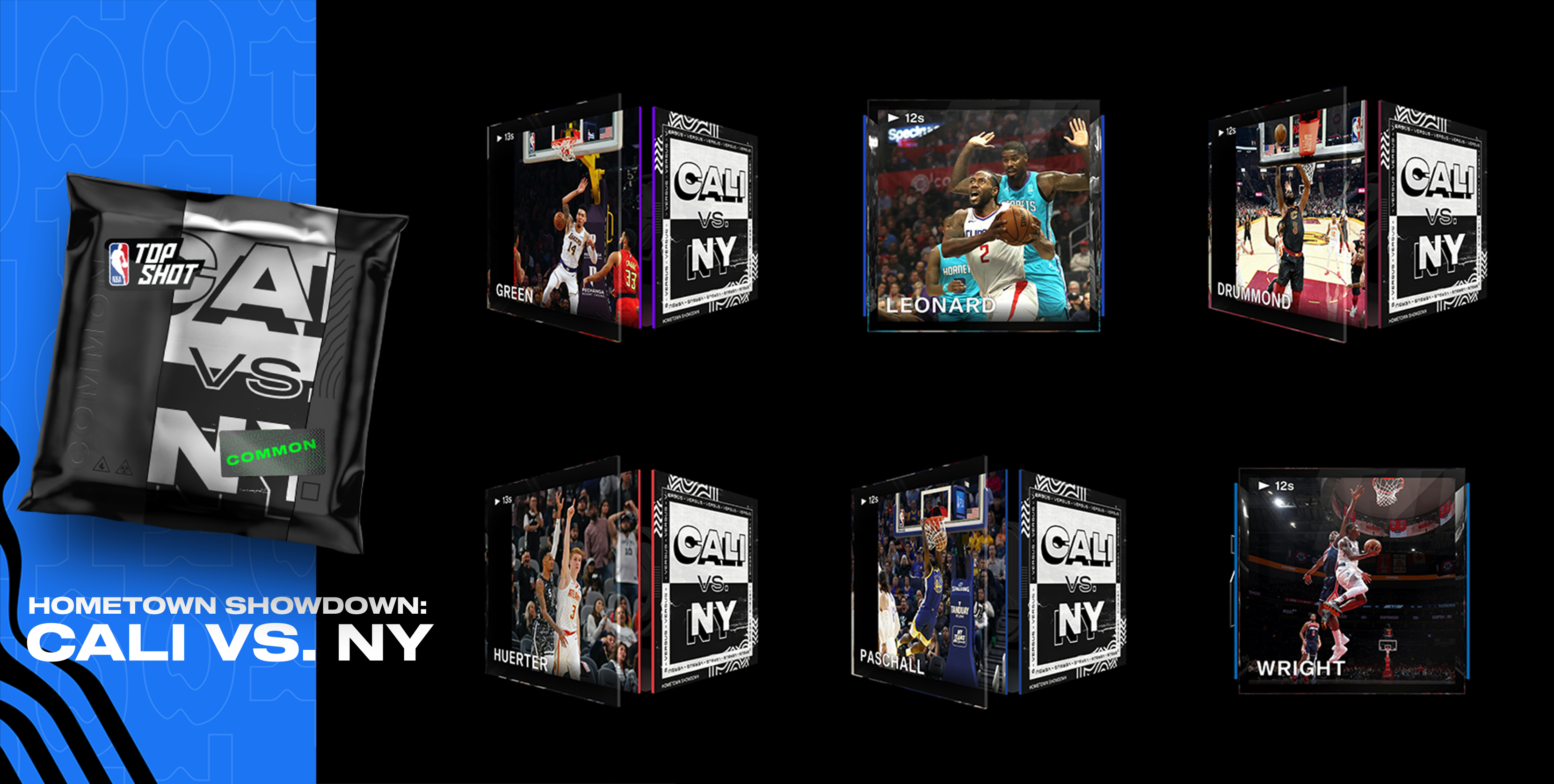 NBA Top Shot is in beta and we’re dropping hot plays. Our launch library contained 150 top highlights from the 2019-20 NBA season, featuring 5 different players on each team, to make sure there is something for everybody. And now we’ve added new plays: this library will continue to grow both forward in time as games start up again, and backward in time to build a more robust look at the 2019-20 season.‍

This bi-coastal collection showcases the best Moments from players born in the hoops hotbeds of California and New York. No matter which coast you’re reppin’, you’re gonna want to get your hands on Kawhi Leonard nailing a reverse layup, Norman Powell throwing down a one-handed slam, and Eric Paschall hammering down a massive two-handed dunk. Take a cross-country roadtrip and celebrate these amazing NBA highlights.

This set contains 10 Moments: 5 from Cali-born players and 5 from players born in the The Empire State. But you’re on the clock – these Moments are only available for a limited time - once our next Common pack drops, no more Moments from this set will be minted.

You can still find the best steals of the season in the With the Strip wave 2 and 3 packs.

Missing those exclusive Reddish and Kanter plays from the first wave? Score the missing pieces on the marketplace to complete the inaugural Top Shot Challenge and cop a never-to-be-seen-in-packs Ja Morant steal. It’ll make you want to bust a move.

It’s also your last chance to say “I was part of NBA Top Shot when…!”

In other retirement news, some Base Set Moments have been retired (Drummond, Huerter, Leonard, Paschall, and Dinwiddie). New plays from those players, as well as new plays from players making their Top Shot debut, have been added and will be available in Hometown Showdown packs starting Monday. Out with the old, in with the new. 😎

Questions about how retiring works in Top Shot? We got you.