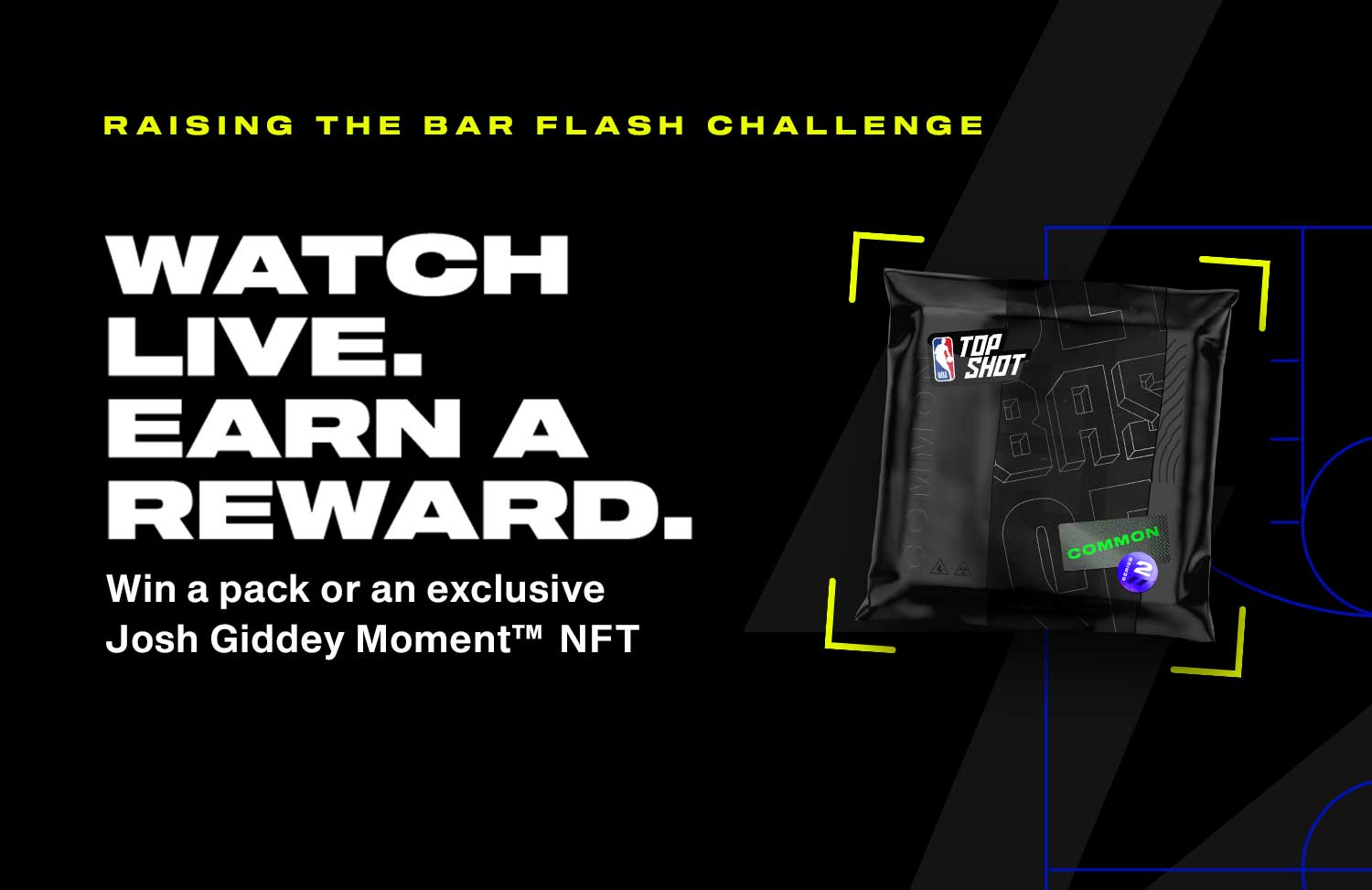 12:12 am ET - De'Aaron's just one assist away from tying for the bottom spot on the AST leaderboard, though he'd have some ground to make up in the tiebreaker (Cam Payne and Phoenix won by 19).

He has 28 PTS for the @nuggets on NBA League Pass.

11:15 pm ET - Well...this could be one of those 'double-leaderboard' kind of nights for The Joker. And just in case, heads-up that if a player ends up on the FGM and AST leaderboards, you'll need 2 Moments from them.

10:55 pm ET- And now, we wait. Most of the time, Flash Challenges align so you've got a steady stream of people climbing the leaderboard all night. Right now? With all the early games over, the only player within 5 FG's of the board is Nikola Jokic, who's got 7 in the second. On the asissts side, nobody in the late games is within 5 -- yet at least.

While we're waiting, if you haven't caught up on how Thursday's All-Star releases are gonna work, see how Trade Tickets are changing the game.

10:42 pm ET - A CLUTCH bucket from Rockets rook Jalen Green seals it in OT for the Rockets, after the Lakers had pulled within 8. That's a career-high 32 for Green, who pulls into a 3-way tie for 4th on the leaderboard with Luka & DeMar DeRozan. Guess what? Because of HOU's wildfire extra frame, he grabs the tiebreaker from both of them.

10:15 - The field goal list is starting to get crowded, with Giannis close to tying Jayson Tatum at the top. But the spot to watch is the bottom of the list, where you should start to see a traffic jam as the night goes on. Malik Beasley's currently in 5th, after a career-high and franchise-record 10 3-pointers tonight, but Luka's also at 11 with a full quarter left. Tough breaks for Beas, but at least he got to do this.

10:05 - Dejounte's now tied for the lead with D'Angelo Russell, both with 12. But if were to end this way, D-Lo would have the tiebreaker (team margin of victory) by A LOT. Wolves up 120-92 over OKC right now, thanks to a Wolves-record 10 treys from Malik Beasley.

9:50 - A deeper look at Dejounte Murray, who currently has 10 assists with an ENTIRE HALF TO PLAY. Murray's career took a bit to get going, after a (somewhat) slow start as the Spurs transitioned out of their Big 3 era -- and after a torn ACL kept him out for all of 2018-19. But in 2021-22, he's become one of the game's top two-way talents. Responsible for nearly 39 percent of the Spurs' total assists (6th in the NBA), he's also third in the league in AST/TO ratio.

9:40 - D'Angelo Russell just took sole possession of first on the assists list, with 11 on the night. Right behind him? Kyle Lowry (in the 4th) with 10, and Dejounte Murray (at HALFTIME). Keep an eye on the Spurs' first-time All-Star.

The @MiamiHEAT are live on ESPN pic.twitter.com/guQNCswXcn

Jayson Tatum knocks down back to back threes, he's up to 34 points for the @celtics 🔥

8:45 pm ET - Marcus Smart's having one of those nights. The C's PG leads the night with 8 dimes, coming off a 12-assist performance the last time out. If he gets to 10 assists, it'd be his first back-to-back double-digit assist nights of the year for the red-hot Celtics.

Not a layup. But it is dope.

8:30 pm ET - 90 minutes into the night, and Jayson Tatum's still on one. After dropping 54 on Sunday, the Celtics star (and rising MVP dark horse) leads the whole night with 9 FGM in the third quarter, along with a night-high 20 points so far. ICYMI, too, JT has a Moment coming in Thursday's pack releases. You can see it narrated by NBC Boston Reporter Abby Chin here .. and if you need to scoop up some Trade Tickets for tomorrow, get em here.

What if you could be rewarded for acquiring the most epic NBA Moments?

Here's where Challenges come in.

Once you get started on your Top Shot journey, you will have the chance to display your Moment™ NFTs in a Showcase as part of a Challenge.

Flash Challenges are a type of Challenge based on the stats and events of NBA games.

To see all the live Challenges, visit this page.

Not on Top Shot yet? Start today by grabbing an NBA All-Star 2022 Starter Pack for $19, containing 4 Moment™ NFTs.