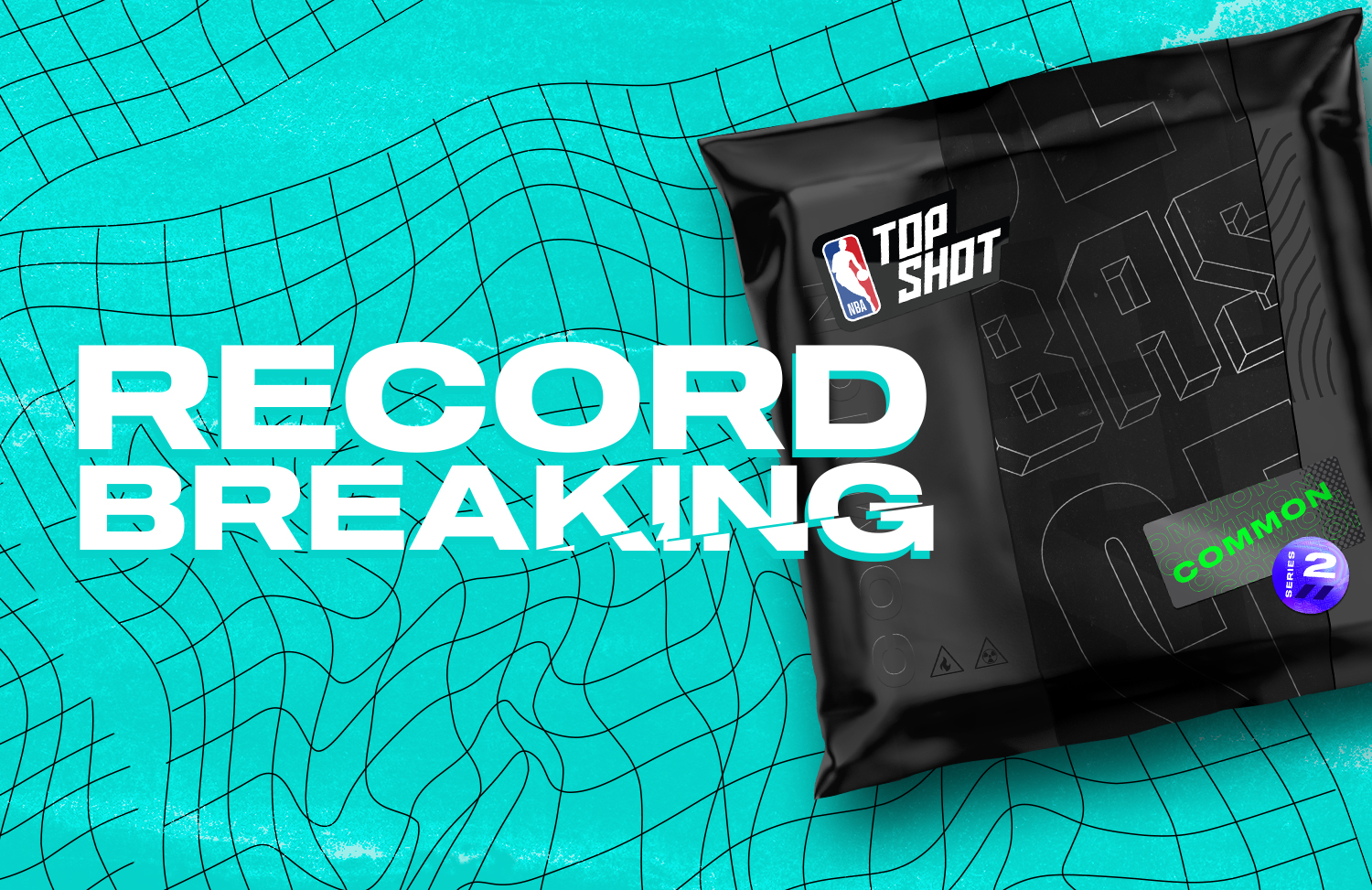 We thought last week was big, but the momentum just keeps on building. We released new Base Set packs this week, and the community was quick to respond. The numbers are staggering:

But wait, that's not all! We have another record-setting Moment acquisition from the Marketplace. Check out this epic #1/49 serial number Ja Morant Cosmic Moment that was acquired for $35,000 USD on Thursday:

As we announced earlier in the week, all Moments from players' rookie seasons will be retroactively upgraded with a rookie badge in the near future, and this memorable Ja Morant Moment is no exception. If you want some more details about this power-collector's investment strategy, read his informative blog here.

Also, as we mentioned, the Marketplace is scorching. Check this out:

New records are always fun, but it's not all we're excited about over here!  We have a new pack launching on Monday at 5 PM PST. It's a common pack called Cool Cats, featuring plays from up-and-coming stars from both conferences. Stay tuned for more details about it coming on Sunday. Unlike Base Set packs, supplies will be limited so make sure to mark it on your calendar.

We just wrapped up our first-ever Showcase Contest and it was a lot of fun all around. So much fun, in fact, that for a limited time, we’re running it right back! Make a Showcase around the theme “The Most Impressive Plays from the 2019-20 Season” and win some prizes. Submissions will only be accepted for the next seven days, so don’t procrastinate - get your Showcases made early and you’ll be eligible to win some sweet prizes. Full terms and conditions here. Stumped about what a Showcase is or how to make a Showcase on NBA Top Shot? Read more about it here.

Kudos to everyone who participated in the last one. As a reminder, every collector who made a Showcase, received 10+ likes on their Showcase on Top Shot, and shared their Showcase using the #TopShotShowcase was rewarded with an additional $15 in credit to spend on the Marketplace. A team of internal judges chose our 10 favorite Showcases among the 20-most liked submissions.

The criteria for judging was based on four factors:

Check out the grand prize winner, Napoleon's, Showcase here! On top of the great prizes they received above, they’ll also be receiving *two* legendary packs. Quite the haul. (note: no grand prize will be available for the Showcase Contest we launched today, but the prizes are still pretty sweet.)

We can't stress enough: it's not too late to get in on the gold rush. Join the action, buy a pack, and see what all the hype is about for yourself. Never fuss with shipping and handling or an arcane subjective grading system again. NBA Top Shot is sports collecting made better for the 21st century.

Have feedback for us? We're testing a new community forum over here. Check it out, share some thoughts, and upvote other community members' ideas so we know what the community would like to see.

Interested in a story that'll make your head explode? Read about the super collector Pranksy who sold nearly $150,000 USD worth of Moments from their collection in just the last three days alone.

Want even more? Check out an article about us in Bloomberg from earlier today.

Just getting started? Watch this amazing new community-produced video introducing new collectors to NBA Top Shot. It'll help you better understand collectors' strategies, what Moments are and why they're valuable, and plenty more.