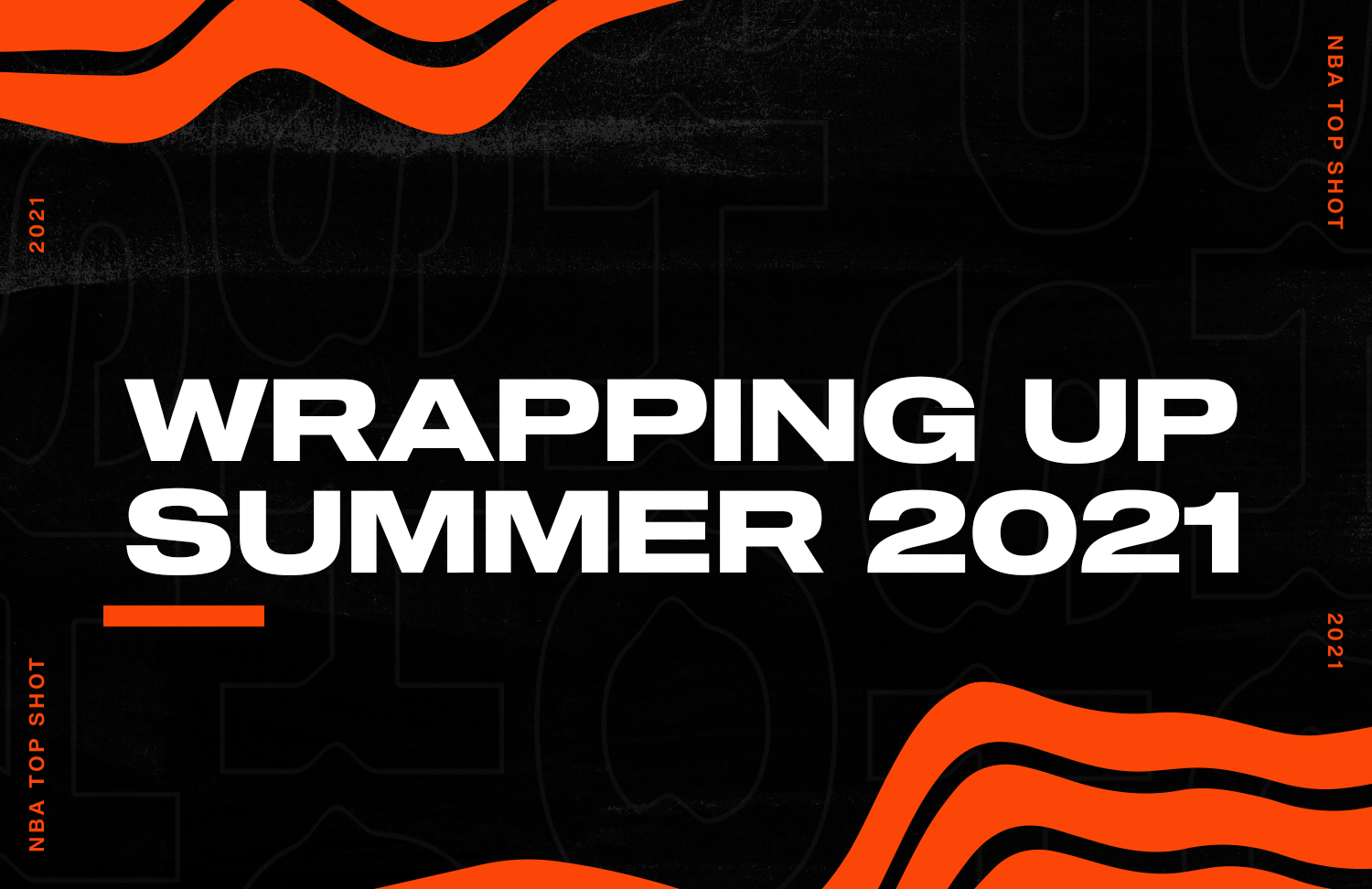 When we said there was no off-season for NBA Top Shot, we meant it…

The Summer of 2021 was action packed with events, activities, and momentous debuts on the platform.

We ushered in a new tier, a new league, and a new era from NBA history. Last but not least, we mapped out an ambitious roadmap for Moment™ collectibles and sets in Series 3 that we couldn’t be more excited about.

Now it’s time to turn the page and retire Summer 2021. In other words, we’ll stop releasing new packs and sets from this series, though you will still see a handful of new Fandom Moments from Summer 2021 over the coming weeks as we tie up loose ends and close out the Fandom tier from this series.

But as we officially retire Summer 2021, we wanted to look back on some of our favorite memories from an eventful summer in chronological order:

First introduced in Las Vegas at the NBA Summer League, where thousands of NBA fans from around the world were able to pre-order Moments from the day’s featured game, the Fandom tier proved to be a game-changer on Top Shot.

Throughout Summer 2021, we released many more Moments in the Fandom tier, including Challenge Rewards like this epic Vince Carter reverse dunk from 2005-06.

If you’re new to Top Shot, read here for more details about how rarity is determined on Top Shot.

In a landmark addition to Top Shot, we introduced the fastest growing league in the world to our platform. Led by ambassadors A’ja Wilson, the 2020 MVP, and Lisa Leslie, one of the greatest players in history, the WNBA’s introduction to Top Shot brought in thousands of new fans and helped turn many of our collectors into new fans of the WNBA.

But of course, it didn’t stop there. In our most audacious set to date, we went through the archives and brought 25 of the greatest players from WNBA history to Top Shot with a special Rare set commemorating 25 years of greatness.

We flew collectors out to Chicago for Game 3 of the WNBA Finals. We saw legends like Ticha Pinacheiro and Lauren Jackson show their excitement on social media. And we capped off a historic season with a sell-out Legendary drop featuring the greatest Moments from the WNBA playoffs. We can’t wait to continue to grow this partnership. Stay tuned for more updates later in Series 3 as we get closer to the start of next season.

With the vision of adding even more gamification to the Top Shot platform, we launched Trade Tickets as a feature. This feature allows collectors to trade-in Moments they aren’t crazy about in exchange for tickets, which can then be redeemed for packs. We’re still in the second phase of this rollout, as we gear up for the first sale of Series 1 Reserve packs, which’ll be released by the end of 2021.

After months of tireless curation, we launched a new set commemorating the greatest Moments and players from the year 2005-06. Run It Back 2005-06 was one of our largest Rare sets to date, featuring 50 Moments from 50 NBA greats. This set debuted Dwyane Wade, Shaquille O’Neal, Allen Iverson, Jason Kidd, Ben Wallace and many other legends to Top Shot. In addition to the Rare Run It Back set, we also introduced the Archive Set, featuring dozens of NBA stars with their first Common historical Moments on the platform.

We announced a multi-year partnership with Boardroom and Kevin Durant. In this deal, Durant will help curate a set of Moments on Top Shot and will be heavily featured in our product. Stay tuned for many more updates coming from Top Shot and Boardroom in Series 3!

In a first-of-its-kind promotion, we partnered with Dwyane Wade to sell packs containing one Moment from Wade’s breakout 2006 campaign in which he won Finals MVP. Stay tuned for next week, when that Moment will be required to complete an upcoming Showcase Challenge.

You got 1 more day to make history with me on @nbatopshot‼️ When you get your 1st pack… you get a free 🔥 Moment from my 0506 season. Get yours at https://t.co/9HLCxXVElE pic.twitter.com/yxLoGPC9g4

The last few months have given us no shortage of exciting opportunities to bring our fans closer to the action than ever before. What started in Series 2 went full steam ahead in the Summer 2021.

We flew collectors and their guests out to Phoenix for Game 5 of the NBA Finals, where they got to witness one of the most iconic Moments in NBA Finals history live.

Just a couple of weeks later, we flew even more collectors out to New York City for the NBA Draft. The night before the draft, collectors got to wine and dine with four top prospects including Davion Mitchell and Zaire Williams, who went ninth and tenth overall in the draft, respectively.

In August, the Vegas takeover allowed us to connect with hundreds of collectors every day, making Top Shot history with every Fandom Moment purchased at the venue.

In addition to watching the game within an all-inclusive Top Shot suite, our collectors in Milwaukee also got to hang out with NBA champion and fan-favorite Bobby Portis the night before the game, and take pictures with Bucks legend Brandon Jennings on game day.

Throughout Summer 2021, our team worked behind the scenes to map out an ideal content roadmap for Series 3. Featuring limits on the number of times a player will be featured in Series 3 across all of the rarity tiers, and providing insight about some exciting new sets coming to the platform, we’re excited to give our collectors context and confidence about what’s ahead.

Summer 2021 was an incredible run.

With that being said, now’s the time to buckle up: Series 3 is going to be a wild ride.