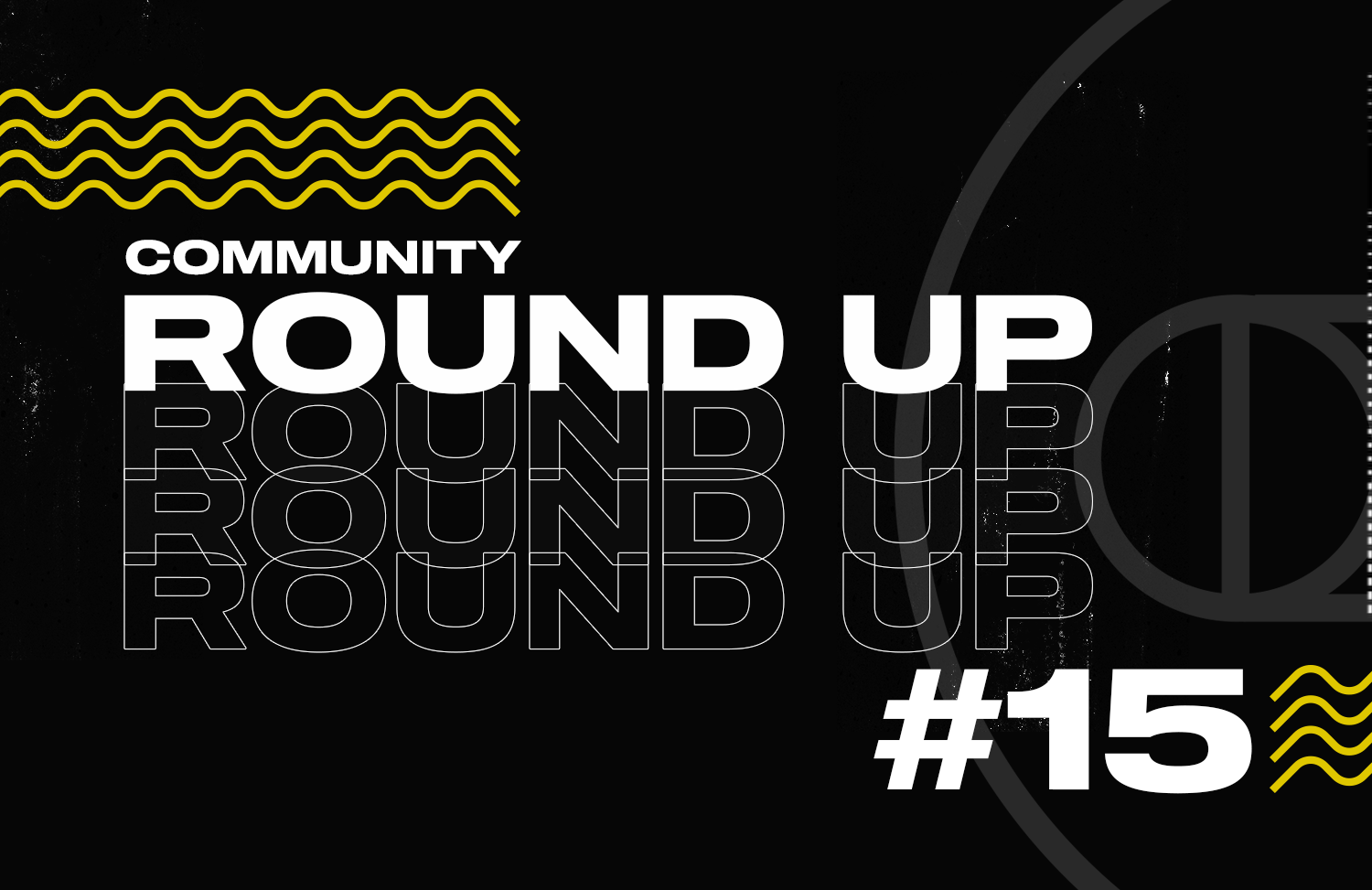 Welcome to another edition of Community Roundup — your one-stop shop for all things NBA Top Shot.

In this week’s Community Spotlight, we spotlight a fantastic resource who helped build a tool for the first Showcase Quest. We also review the latest happenings in the NBA Top Shot world.

As a reminder: The Cool Cats Master Challenge is now live and expires Tuesday, June 1 at 10am PDT! Collectors will need to acquire all 29 required Moments to earn the LaMelo Ball Challenge Reward. More information on the Live Challenges page.

FAQ’S FROM THE COMMUNITY

We provided an update for the month of May and touched on a number of questions from the community, including upcoming packs to close out Series 2, early marketing initiatives and experiments, as well as recapping key features and numbers. More details in the full blog post.

The full episode is live on our official Twitch channel or YouTube channel.

Wasn’t able to tune into the #NBATopShotThis stream last night but catching up this morning, got me reminiscing about the 04 pistons team that made my childhood so special. Need that tayshaun block moment asap!! @Eisenberg43

Continue to follow us on Twitter to stay up-to-date as we feature special guests in the NBA community to chat NBA Top Shot, hoops and much more.

There is a pre-registration open until 9am PDT/12pm EDT on Wednesday, June 2 for Base Set Series 2, Release 38. This Base Set pack is for collectors who have not yet purchased more than one pack to date as an opportunity to kickstart their NBA Top Shot collection.

To learn more about Reservation Packs, read more in the full blog post.

Part of what makes NBA Top Shot so special is the community. Your passion and excitement does not go unnoticed. In this week’s spotlight, we chatted with Kevin Leneway of MomentNerd.com, who continues to be a fantastic resource for the community.

Below is a full transcript of our conversation:

How did you get started with NBA Top Shot?

Every year I take a weekend trip with my brother to watch NCAA Tournament games. We couldn’t make it this year, and it was right around this time I started hearing about Top Shot. We used to collect cards as kids and I thought it would be a fun way for us to stay in touch. I used some money I had set aside for the trip to buy my first rare pack (Rising Stars) and ever since we’ve been having lots of fun texting about pack drops and sharing new moments.

NBA Top Shot is such a perfect combination of some of my favorite things. I’m a huge basketball fan. I’m a nerd who enjoys solving math problems. I also just love collecting stuff. Top Shot is basically a bunch of math problems about basketball, and if you solve them correctly you might make a little money that you can use to keep collecting more stuff. I don’t think anyone could design a more perfect product for me if they tried.

What was the initial goal of starting MomentNerd.com?

It definitely wasn’t planned, but after the Showcase Quest came out, I saw a tweet by one of my favorite Top Shot Twitter users: @economist. He had an idea for an “eligibility” button to ensure you completed the quest properly. I thought that was a great idea and spent the next hour or so building it. I shared it with him and my 10 followers, and thought that would be the end. Next thing I knew, he tweeted it out and it just started spreading from there.

I’ve been overwhelmed by the amount of positive feedback and thanks from the community. It’s also been a great way to connect with some other Top Shot developers who are building awesome tools like MomentRanks and OwntheMoment. Everyone has been very open and willing to share. I think there’s an acknowledgement that we’re still at the very beginning of this journey and if we can work together to help build useful tools for the community, we’ll all be better off in the long run.

What feature/tool on your site have you been the most proud of?

Lately I’ve been exploring a concept of momentum, which involves tracking the current number of buyers and sellers for a moment in real-time and comparing it to the current listings at various price points to identify when a moment is about to rise or fall in price. There’s a lot of data crunching that goes into it, so I don’t have anything up on my site yet. But I have been sharing the details on Twitter to get some feedback and if it looks promising then I might post something online for other people to use.

Any plans in the pipeline to create other features/tools for the NBA Top Shot community?

I’ll definitely keep building stuff, but I’m staying pretty open to exactly what it will be. I’ve been working with startups for a while and I’ve come to embrace investor Brad Feld’s startup mantra of “Give First.” Give First means simply trying to help anyone without any expectation of getting anything back. So for now I’m just going to keep my eye out for things that look like they might be fun to build and useful to the community. Maybe there will be an opportunity to build a little side business around some of these ideas or maybe not. For now, I’m just having a little fun.

What is your favorite Moment you own?

Anyone who follows me on Twitter knows that I absolutely love the new “Steph Shimmy” Base Set Three-Pointer. It’s not the most valuable Moment but to me it’s a reminder that this, all of this, is just a game and games are supposed to be fun. The LeBron James Base Set “No-Look Three-Pointer” is also up there, for many of the same reasons.

What is your favorite Moment you want to collect?

I’m a huge Michigan basketball fan and I’ve been following Duncan Robinson for years. It’s been so fun to watch him go from a D-III school to Michigan to the Miami Heat. And not only did he make the roster, he’s become one of the best 3-point shooters in the NBA. I have a Duncan Robinson Showcase that is currently only Common Moments, but my dream is to keep upgrading them one by one and eventually add his Legendary S1 Finals 3-Pointer Moment to my collection.

Which highlight do you want to see minted?

The LeBron “Three Baskets Three” from the Play-In Tournament is already on my wishlist. I also was watching the Clippers game last weekend when Kawhi Leonard had his posterizing dunk over Maxi Kleber, and my knee-jerk reaction was “Oh, we gotta #NBATopShotThis!”

Favorite NBA team and/or player. Why?

My favorite current players are Duncan and Steph, but growing up in Michigan I used to lay awake at night listening to static-y am radio broadcasts of the Bulls during their championship runs. I know it’s an obvious choice but MJ was such an amazing player that to this day he’s still at the top of my list. As for current teams, I live in Seattle so it’s more of a placeholder spot just waiting for the Sonics to return home.

Piece of advice for collectors trying to get in the game?

Collect Moments that you love. Maybe the price goes up, maybe it goes down, but at the end of the day you’ll have a collection that brings you joy. Also, there are some amazing podcasts and websites that are great ways to level up as a collector. My favorites include the Own the Moment podcast and Discord, The First Mint Twitter feed, Tyler Stein’s Minted Moment newsletter and Jon Jackson’s @jonboybeats Substack and data spreadsheet.

Watching the @NBA Playoffs knowing any play could turn into an @nbatopshot moment is much more exciting. #NBATopShotThis

For your reading and viewing pleasure, we’ve compiled a list of some of our favorite NBA Top Shot coverage in the community and beyond over the last week.

Here For The Moments | Office Hours Report: May 28

Minted Wire | Catch Up On All Things NBA Top Shot