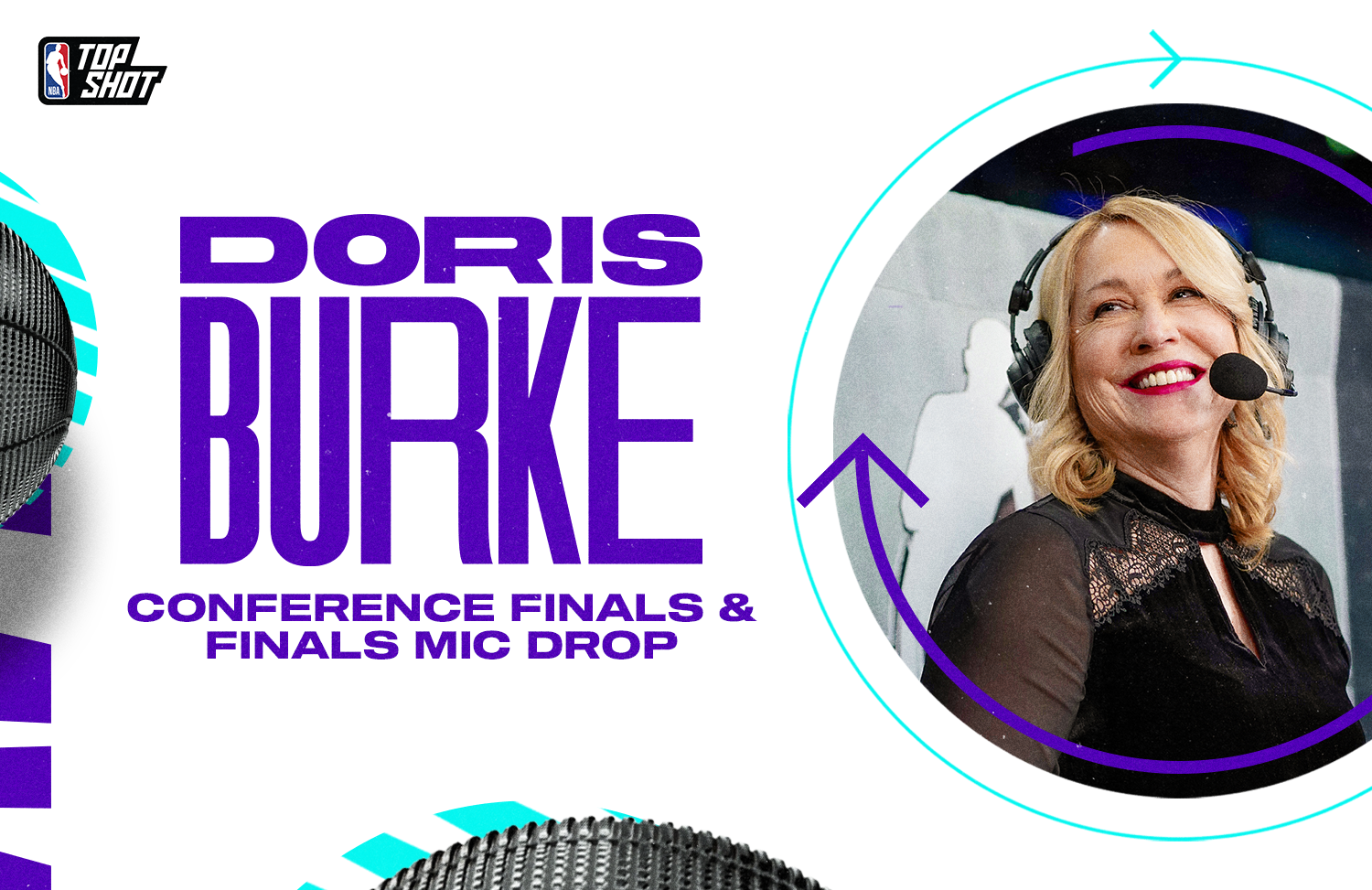 The Golden State Warriors are 2021-22 NBA champions, and for the entirety of their epic run towards Finals glory, Doris Burke has been the Voice of the Playoffs on NBA Top Shot. Their legacy has been cemented forever, in NBA history and on the blockchain. ‍

‍The final “Mic Drop Day” is here, with the Doris Burke touch — expert and passionate commentary — landing on all 15 Common Moments from the Conference Finals and Finals. ‍With it, the final “Mic Drop Challenge” is live, giving you the option of using the required Moments to complete the challenge and earn Series 2 and Series 3 Base Set packs as a reward.

31 Moments from the NBA Playoffs now feature Doris Burke, and every one of them is a Common from 2022 NBA Playoffs (Series 3) Set, a choice we made to ensure that members of our community who love to collect can complete their pursuit of these unique narrated Moments in NBA history, without the added difficulty of Rare Conference Finals or Legendary Finals Moments standing in their way.

‍Here’s a look at every Conference Finals and Finals Moment that now features Doris Burke’s breakdowns. Take on the Mic Drop Challenge here.

We can’t wait to see which teams find their way to the Playoffs next season, and how the story of the next champion will unfold before our eyes.