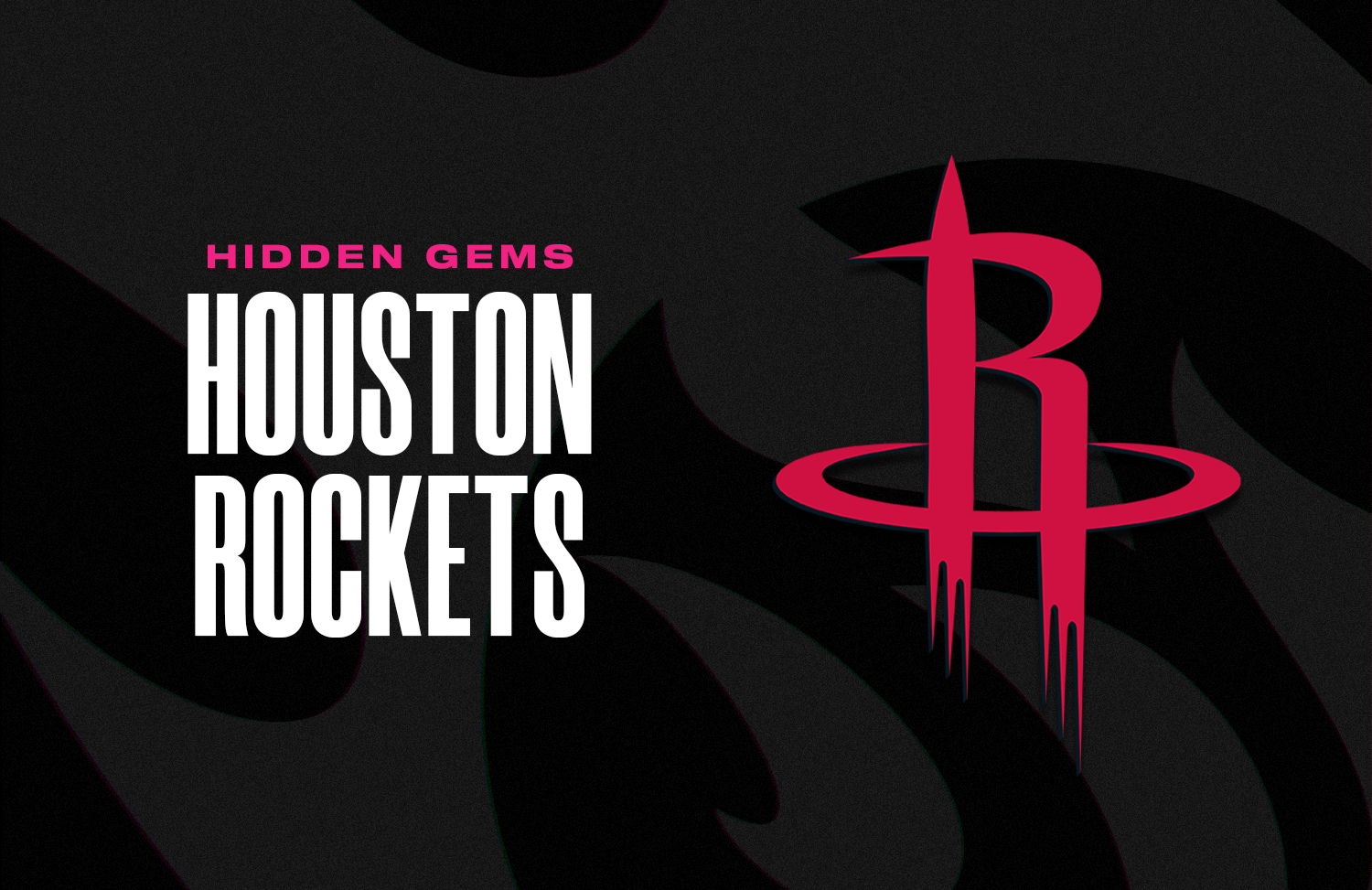 Crazy about the Rockets? Top Shot is here for you. Houston's got some up-and-coming talent. They feature one high-riser after another  – just like H-Town did back in the 2000 NBA Dunk Contest.

As each Squad Goals Crafting Challenge goes live, we'll be shining a spotlight on a handful of Moments from each NBA team that you might have overlooked. Underrated and underestimated players and Moments that are special in their own way, from monster performances to scarce and significant highlights in a player's career. Hidden gems across all Series. This time, we’re on the Rockets.

The Rockets Squad Goals Challenge is live, featuring a Kevin Porter Jr. Rare Moment that starts off with a swipe on the defensive end, and comes together in a transition highlight. Porter Jr. goes no-look on this one. Style and fundamentals? Top Shot loves to see it.

Strap in, and watch the Rockets takeoff before your eyes. The youth movement in Houston is real, so don’t pass by these career-launching Moments.

When the Rockets were on the clock with the 52nd overall pick in the 2020 NBA Draft, the franchise locked in on a name familiar to the league.

Much like his father, Kenyon Martin Jr. burst onto the NBA scene, making an early impression as a guy who excels above the rim. You simply do not want to find yourself under the basket when he’s rip-roaring through the lane.

Martin Jr. finished the 2021-22 season with 114 total dunks. A whopping 25.6% of his field goal attempts were slams — a rate that led the Rockets. He landed in the Top-20 of the league in both categories, as the only small forward listed.

It’s only fitting his Top Shot Debut is a posterizing jam. In this Throwdowns (Series 2) Rare Moment, minted during his rookie season, Martin Jr. elevates above John Collins and makes a statement to the league.

When you see KJ coming, look out below.

Jalen Green gets buckets. Plain and simple. That’s what his star potential is all about.

His electric first step and springy finishing ability is a pleasure to watch. A slow start — due to hamstring issues — took Green out of the Rookie of the Year race, but his second-half finish was enough to vault him into First-Team All-Rookie honors.

In the Rockets season finale against Atlanta, Green dropped a career-high 41 PTS.

In true Jalen Green fashion, his first points in the NBA were dazzling.

They’re showcased in this Base Set (Series 3) Common Top Shot Debut Moment, as he finished up-and-under past Karl-Anthony Towns for a smooth lay-in.

This coming season, when the Green has the ball, don’t blink. You might miss something spectacular.

We don’t want to overreact here, but there’s a little Nikola Jokić in Alperen Şengün's game.

Şengün's unique blend of savvy footwork and vision for a 6’10” PF/C is what enticed the Rockets to jump up in the 2021 NBA Draft to select the Turkish prospect.

With Christian Wood headed to Dallas, there will be opportunity galore for Sengun to excel down low for Houston.

Last season, Şengün only averaged 20.7 minutes per contest. His overall stats don’t jump off the page, but at a per-36 minute rate, there’s a ton for Rockets management to be excited about.

There’s no guarantee Şengün could keep up that pace on that volume, but make no mistake, that’s terrific company.

This Metallic Gold LE (Series 3) Rare Moment spawned from one of Şengün's top performances of the season. In the March 26 win over Portland, he erupted for a career-high 27 PTS and – as this behind-the-head dime shows – he still had the wherewithal to dish the rock.

With additional space and time to operate in the coming years, Şengün could become a household name.