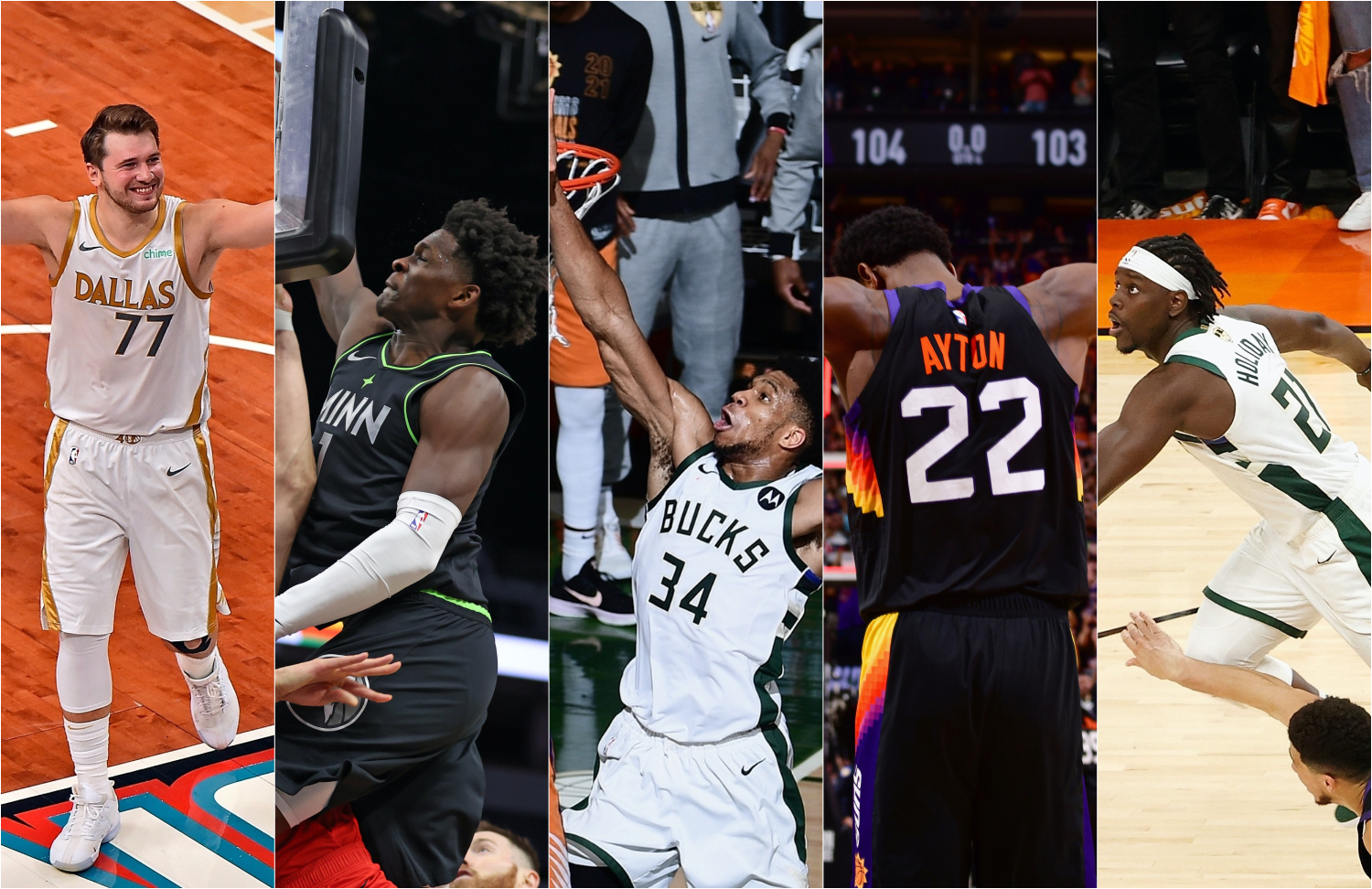 Thank you for joining us for this awesome countdown! Enjoy the Top 5!

With time expiring, Dončić receives the inbounds pass and somehow gets off an off-balance three that finds the bottom of the net. This shot was so off-balance that it would not have been surprising for Dončić to land on his stomach.

Admiring His Own Work

Edwards drives the baseline and unleashes a dunk that can only be described as soul-shattering. Edwards is a human highlight reel that will be on these best of lists for years to come. Imagine if Bridges and Edwards didn’t turn down invites to the dunk contest...

What more can be said about Finals MVP Giannis Antetokounmpo? As Booker drives the lane, he is double teamed by Tucker and Giannis but finds a wide-open and crashing Ayton. Booker puts up the lob that Ayton catches. As he tries to throw it down Giannis somehow recovers and gets up quickly enough to make the block on Ayton to help secure the Game 4 victory for the Bucks!

The Valley-Oop
Using a very seldom seen rule that allows offensive goaltending on inbounds plays, Ayton gets the tip-in alley-oop with 0.9 seconds on the clock to secure the game 2 victory over the Clippers. A play so iconic that it immediately got its own name.

...And the #1 play of the year goes to Jrue Holiday! The question of whether the Jrue Holiday trade was worth it for the Bucks was a resounding YES. Holiday was stellar on both ends of the court all playoffs long. In this play he steals the ball from a driving Booker and leads the fast break ending in game-sealing alley-oop to Giannis.