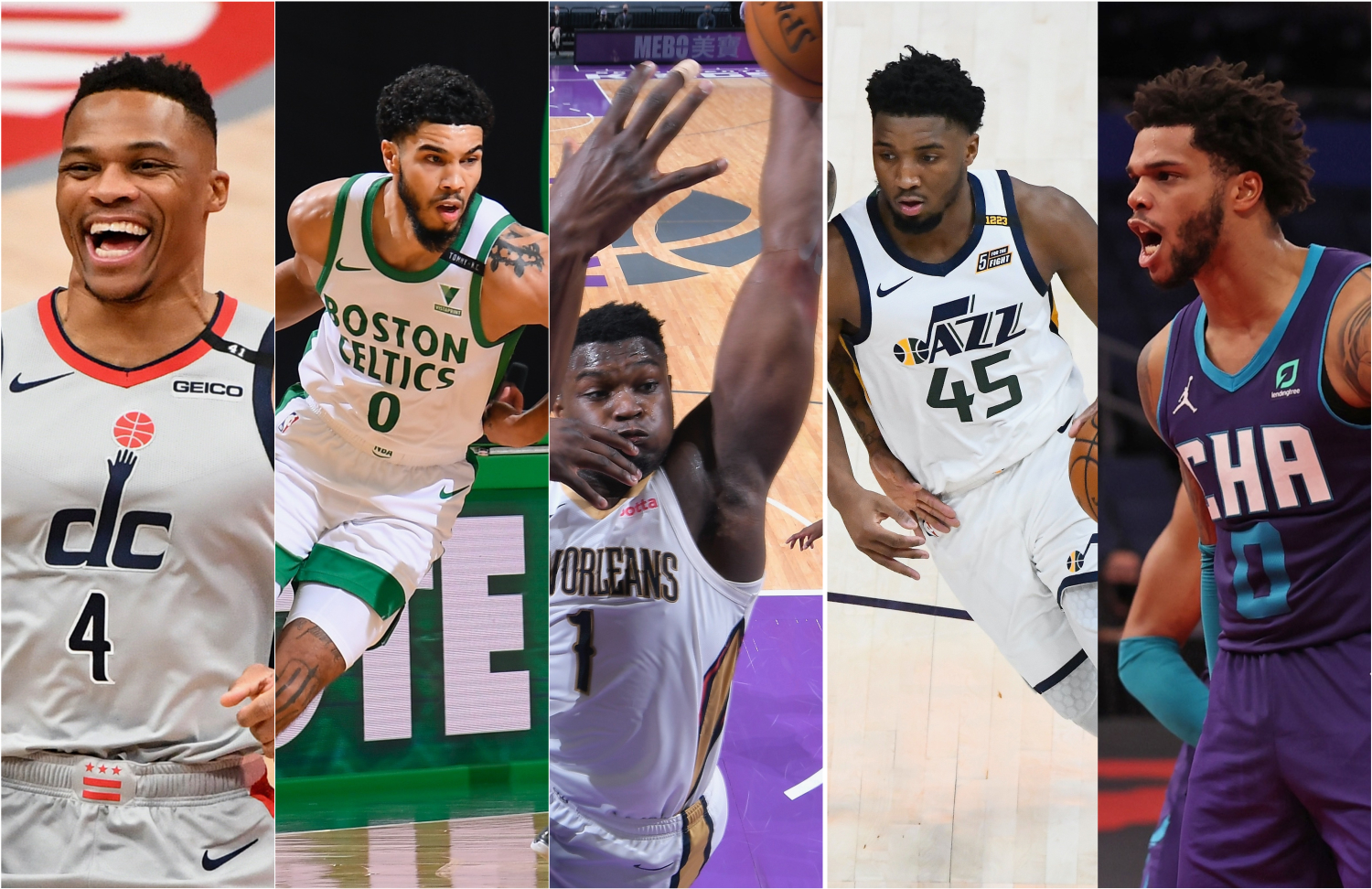 Keep reading for the Moments you can find on Top Shot from 20-11, and stay tuned for a new batch on Friday.

More of the best moments from 2020-21 as we roll through our countdown of the TOP-100 plays of the season!

There Goes That Man Again

This isn’t the first time we’ve seen Miles Bridges on this list. We have a feeling that Bridges will be adding a whole lot more highlight dunks this upcoming season. There is no defender that scares him.

Mitchell crosses up and loses his defender then makes a pinpoint pass to Derrick Favors for the easy layup. Mitchell is best known for his scoring prowess but his passing game is coming along nicely. As he continues to improve, Mitchell will be a force to be reckoned with.

Buddy is seen by many as just a three-point shooter, but he’s a proven winner. On this play -- in overtime -- Hield gets into position to tip-in the game-winner to start the Kings season off with a bang.

It shouldn’t surprise anyone when Zion has a ridiculous dunk, however, it will never get less surprising seeing a man his size float through the air and dunk with the force of Thor’s hammer.

The Nets thought they had the game won...then Bradley Beal and Westbrook hit back-to-back triples to help seal the win. Westbrook never shies away from the big moments.