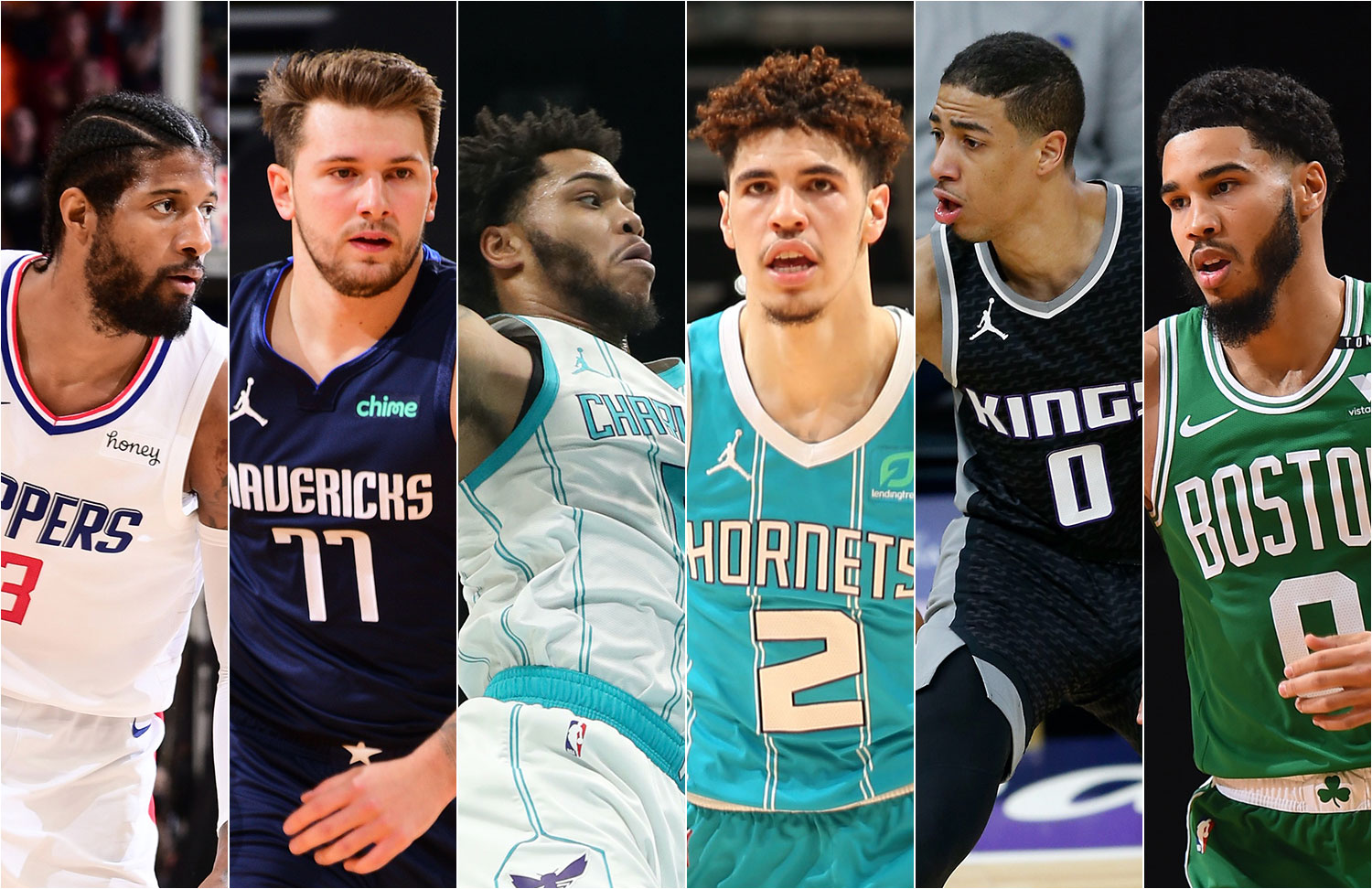 Keep reading for the Moments you can find from 60-41, and stay tuned for a new batch on Wednesday.

Playoff P With A Crazy Cross

One of the crosses of the season, into the easy trey. PG had 41 points, 13  rebounds and six assists to help keep the Clippers championship hopes alive.

The rookie shows off his unbelievable passing skills with a pass to Saddiq Bey that would make many veterans jealous. The future is bright for this young guard.

Scary Terry Has No Fear

LaMelo Ball makes a fantastic pass to find a streaking Rozier who takes on the much bigger Kevin Durant and puts him on a poster. Rozier probably would have done the same thing against any defender in the league.

Garland makes a pass that can only be described as heat seeking. He threads the ball through the entire defense and gets it to Collin Sexton in stride who has the easy finish at the rim.

Gobert closes out on Morris forcing him to change his position and his shot. Gobert bites on a pump but immediately recovers for a smothering block to close out game 1 of the Western Conference Semifinals.

John Collins gets UP for one of the dunks of the postseason. Any postseason.

Luka drives into the lane and is met by 7 footer Deandre Ayton. Luka stops, collects himself, and wraps a pass around Ayton’s body to a streaking Dorian Finney-Smith for an easy dunk.

Haliburton puts his defender on skates to get open for the three from the right wing. The defender recovers and fouls Haliburton who sinks the shot and draws the foul. This top rookie is just getting started.

The Dunk That Could Power A City

LaMelo Ball finds Miles Bridges on the fast break with a beautiful behind the back pass. Bridges takes two steps and unleashes a gorgeous windmill dunk to finish off the fast break.

The Bank Is Open

Tatum vs. Giannis. Game on the line. Tatum takes a few dribbles...steps back...off the glass...and it’s good! The Celtics defeated the Bucks on this incredible shot from one of the best young scorers in the league.

Some players have it...some players don’t. Cole Anthony absolutely has the clutch gene. Anthony races down the court and heaves up an off-balance three to take down the Timberwolves at the buzzer! This was not his only game-winning shot of the season.

A Game Of Concentration

DeRozan leads the fast break...loses the ball...recovers in stride...and finishes with a thunderous one-handed slam over Montrezl Harrell. DeRozan joined the new look Chicago Bulls this season looking to get Chicago back to the playoffs.

PG gets past his defender and drives into the lane finishing with a massive one-handed dunk over the massive Isaiah Stewart. People forget that George can dunk like this, but he is happy to remind the fans of this whenever he can.

LaMelo turned a lot of heads this season, but this insanely nonchalant yet perfect full court pass was one that everyone was talking about. Ball is just getting started and there will be many more highlight and Moment worthy passes.

Come back Wednesday for more, and in the meantime...