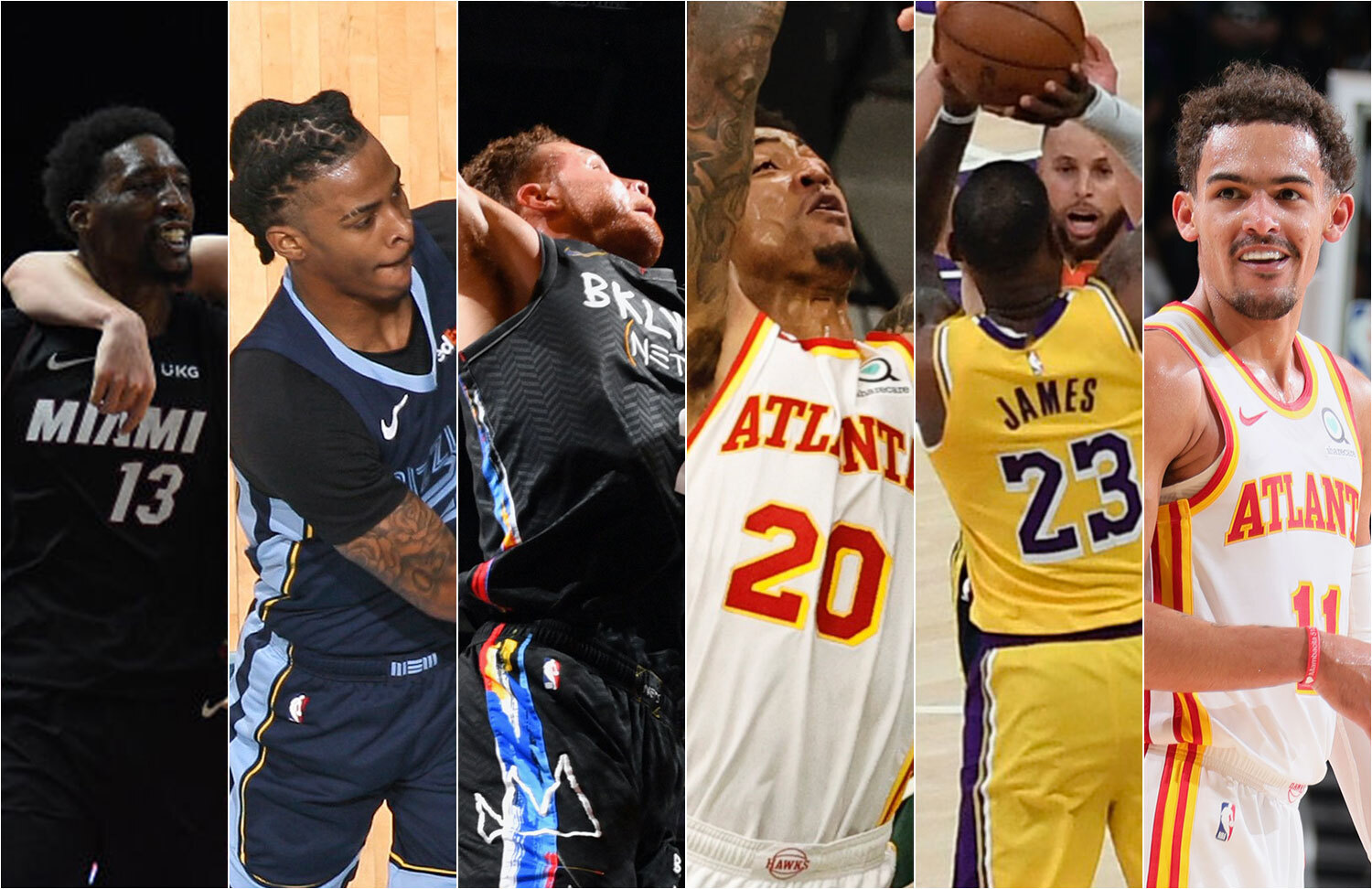 Keep reading for the Moments you can find from 80-61, and stay tuned for a new batch on Tuesday.

More of the best moments from the season 🙌

Stepback to seal the deal.

In the final seconds, Bam Adebayo drives into the lane against the fearsome Brooklyn Nets before stepping back and throwing up a game-winning bucket.

Welcome to the Circus

Fighting off a Milwaukee double-team, Clint Capela gathers himself on the baseline and drains a high-arcing fadeaway jumper that sails perfectly over the back of the backboard.

PSA: Box out Ben Simmons. As time ticks down in a tied overtime game, the Philadelphia 76ers point forward crashes the glass after a late miss and tips in the game winning bucket.

Trae Young brilliantly runs his defender into a screen, pauses, hits a shimmy dance move and drains a three. Note: Trae finished with a historic 48 points, the highest point total in a semifinals debut.

Devin - ice in the veins - Booker

Known for not backing down from big time moments, Devin Booker steps into a three as time dwindles and secures the win for Phoenix with an unbelievable game-winner.

In the final minutes of the Western Conference play-in game, Lebron James drains the game winning triple from way behind the arc and eliminates the Golden State Warriors. All this without being able to see straight.

Ja is usually known for setting up his teammates but here he shows his incredible athleticism and throws down one of the most memorable dunks of the season.

Big time play when you need it most

In the final seconds of a tie game, Luguentz Dort finds his spot in the corner and patiently waits for a kick-out from teammate Al Horford. Dort gets the shot up without hesitation and buries the game-winning triple.

Turn back the clock

Blake Griffin charges into the paint with a full head of steam, leaps up in the air, and throws down an iconic poster in Game 2 of the Eastern Conference semifinals.

The Trae Young to John Collins duo is a highlight reel waiting to happen. Case in point: Young turns the corner off a Collins ball screen and throws it off glass to his high-flying teammate. Straight up filthy.

All the way up

Note: Derrick Jones Jr. can fly. The springy swingman shows off his out-of-this-world athleticism as he elevates to spike a LeBron James layup attempt off the glass and save an easy bucket.

No dime he can’t dish

‍Luka Dončić displays an elite combination of handles and passing as the Mavs superstar weaves through a barricade of Bulls defenders and finds teammate Willie Cauley-Stein under the hoop with a perfectly placed behind the back dime.

Serving for one: Off glass

Ja Morant in the open court is a sight you won’t want to miss. The 2019-2020 Rookie of the Year is unimpeded on his way to the hoop and tosses himself an alley-oop off the backboard for a two-handed flush. Creativity at its finest.

Come back Tuesday for more, and in the meantime...