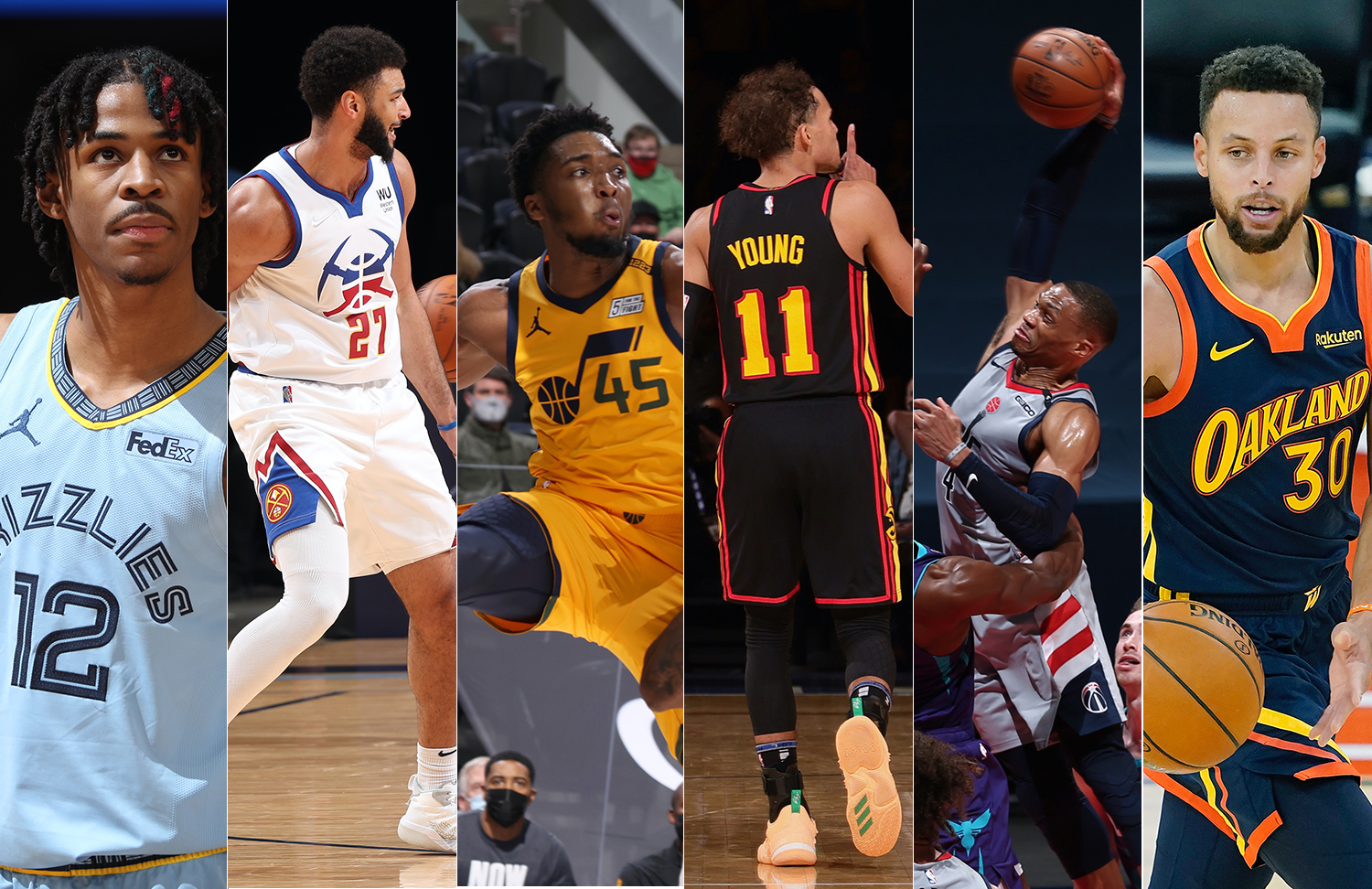 Keep reading for the Moments you can find from 40-21, and stay tuned for a new batch on Thursday.

Clarkson loses his defender with a pretty spin move. The spin move had so much rotation that he faked himself out but still drained the off-balance shot to complete a wild play.

Ja Morant, clearly believing the shot clock was about to run out...and trying to draw the foul...throws up an absolute prayer that somehow finds the bottom of the net. Sometimes it’s better to be lucky than good...some people have both.

When the Hornets got the ball in a tied game with just seconds remaining, Rozier demanded the ball for the final shot. He did not disappoint as he hit a wild one-footed off-balance jumper from the corner at the buzzer to give the Hornets the win.

This is one of the most impressive behind-the-back passes you will ever see. From beyond the three-point line, Murray somehow gets the rock past a defender and into a cutting Nikola Jokić for the easy layup. The pinpoint accuracy is outstanding.

A Stroll Through The Lane

Curry is known for superior handles which are on full display in this mind-blowing Moment. Curry basically takes on the entire Spurs defense and they never had a chance as no defender gets anywhere close to him. He drives down the lane and finishes with ease.

Kawhi gets the strip and drives the length of the floor for a thunderous one-handed dunk. When Kawhi wants it...it’s almost impossible to stop him. Maxi Kleber learned this the hard way on this night.

Trae Young loves playing the villain as he goes into Madison Square Garden and hits a game winner floater. He immediately shushes the crowd as they rain jeers toward him. Trae took his game to the next level this post-season and will be looking for more.

Ja Morant wanted to put Gobert on the wrong side of what could have been one of the great playoff dunks of all time. Gobert had other plans as he met Morant at the top and stopped the ball from going anywhere near the rim. This poster will have to wait for another day.

He’s Still Got It

Approaching a decade in the NBA...and still not 30 years old...Harrison Barnes continues to show that he can still play at a high level. Barnes catches the full court pass and turns and fires over the Cavs defenders to hit a game-winning shot at the buzzer.

Westbrook may be the king of the triple-double, but his best plays are the insane dunks. In a game that also featured Miles Bridges, Westbrook would not be outshined and threw down one of the top dunks of the year. Oh and by the way...he also had 22 points, 15 rebounds and 14 assists. Just Russ doing Russ things.

When Steph Curry gets into the zone you better watch out. Curry shows off his handles to create space from his defender and steps back into three that didn’t touch the rim. This is one of those plays you simply cannot defend...even if you have the height advantage.

Ice In His Veins

Middleton showed that he had a flair for the dramatic in this year’s playoffs as he was never shy about taking a huge shot. Here, Middleton shakes two Heat defenders to get a wide-open look and drains the jumper to win at the buzzer!

We see a significant amount of kick outs in every NBA game as players drive the lane and create space for their three point shooters. Mitchell takes it to a whole new level here as he finds a wide-open Bojan Bogdanović at the top of the arc and ships an unreal pass from under the basket on the baseline.

We are used to seeing LeBron James chase down blocks...he’s one of the best in the game. Here he was like a predator waiting for his prey. As Sexton went up for the layup, James decided to swat the ball so hard it went out of bounds at mid-court. Another spectacular play from King James.