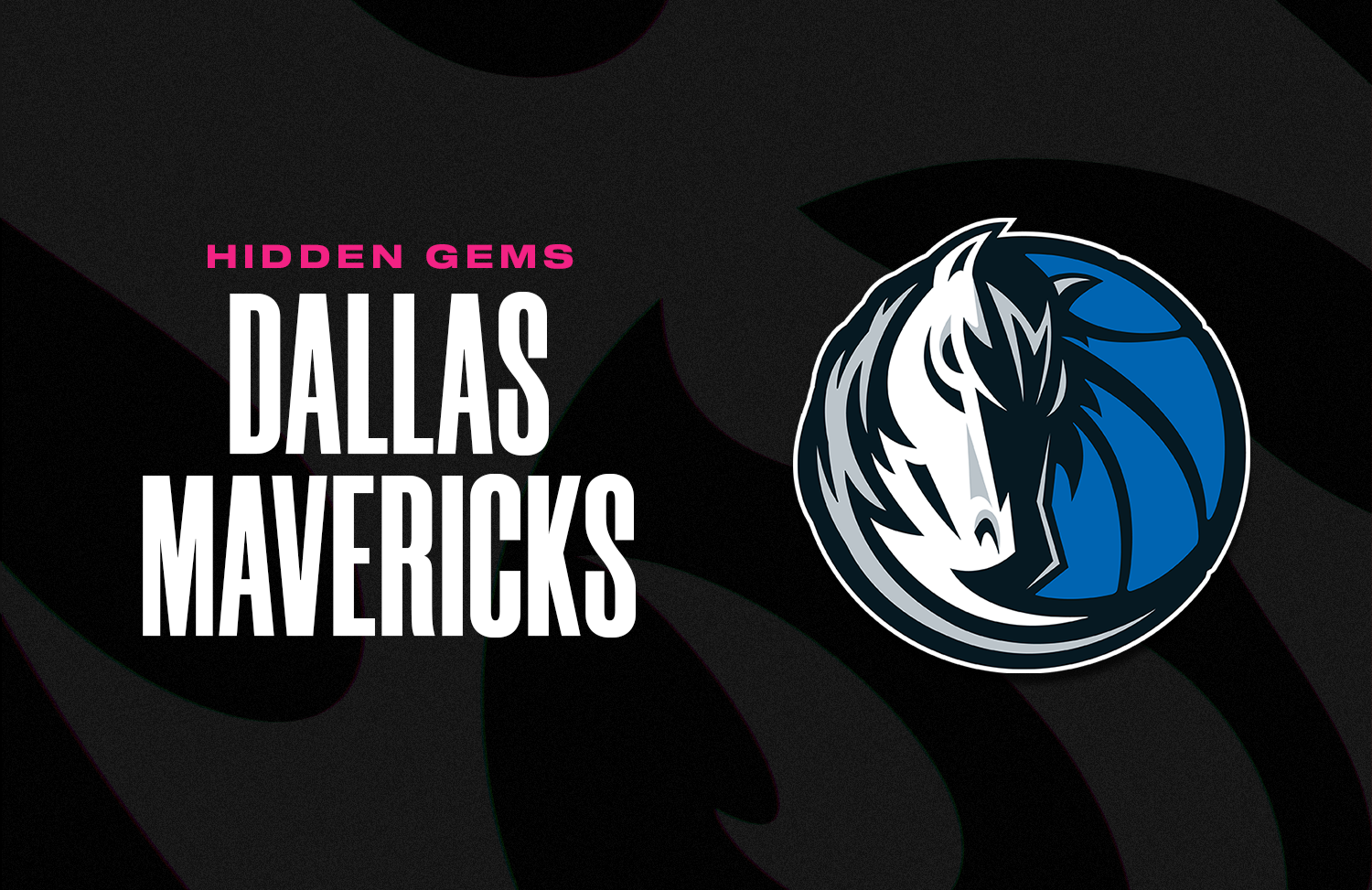 Believe it or not, before Luka Dončić, before the ‘ship in 2011, you can find Mavericks Moments on Top Shot dating all the way back to 2000.

Adrenaline rushes. Seeing the right play before it happens. Teammates in constant communication. Dishing for glory.

We’re continuing the charge with the Mavericks. The Mavericks Squad Goals Challenge is live, featuring a Jalen Brunson Rare Moment in which multiple Dallas players hit the floor. It’s all-out hustle, until Brunson ends up with the ball on the break, and lobs an alley-oop to Dorian Finney-Smith. Immaculate effort on display for this one.

The Mavericks, around Luka Dončić, are on the rise. This year, a Western Conference Finals appearance. What’s next?

Here are significant Moments that vaulted the Mavs to where they are today.

Was this the play that put Luka Legend on the map?

Like he’d practiced it thousands of times in the gym. Dribble combo – crossover left, back to the right, and step back. Nothing but net.

It capped off a Playoff performance for the ages.

Now, the deep 3-pointer from the left wing is Dončić’s bread-and-butter spot.

He’s clearly a face of the league.

Already, his statistics jump off the charts.

He’s 10th all-time in NBA triple-doubles (46). His career Playoff average of 32.5 PPG is good for 2nd all-time in NBA history. He’s made First-Team All-NBA three times in his 4-year career. We could go on…

Enjoy this Base Set (Series 1) Moment, a game-winner the basketball world – and Top Shot – will remember for a long time.

Give Hardaway Jr. the opportunity, and he’s letting it fly from downtown. He thrives in catch-and-shoot situations, opening the floor and squaring up, pump faking, making the extra pass or using his explosiveness on the drive.

Injuries set Hardaway Jr. back this season, and have nagged him in past campaigns, but when he’s on the floor, his volume shooting is a major asset. In 5 straight seasons, he’s averaged over 7 triples per game.

In only 4 seasons with the Mavericks, without playing 82-game stretches, he’s connected on 558 threes – good for 11th on Dallas’ all-time 3-pointer list.

This Metallic Gold LE (Series 2) Rare Moment shows he’s not just a sniper from deep, he can go coast to coast for a slam too. The dunk from his coveted highlight made history for the Mavericks, as it helped cap off a historic 50-point lead against the Clippers at halftime.

Hardaway Jr. fits the trend of the league. Pace and space.

Productivity in a secondary ball handler and creator is hard to come by. Especially in crunch time – and even more so in NBA Playoff minutes where all eyes are on the man with the rock.

When the Mavericks locked in Spencer Dinwiddie to the roster midseason, they added necessary experience and a scoring punch to the rotation. In postseason matchups against Utah, Phoenix and Golden State, Dinwiddie’s isolation play was impressive.

He slashed into the lane in pick-and-roll situations and finished around the rim with authority.

He stepped up in closeout games – showing he wouldn’t shy away from adversity.

Dinwiddie finished the Playoff stretch as Dallas’ 3rd-leading scorer and assist man, averaging 14.2 PPG, 3.6 APG – he also hit on 41.7% of his threes.

This Moment has to have a special place in his heart. It's during a revenge matchup against his former team, the Brooklyn Nets, in Barclays Center. Showing off that range in a game-winner over a reaching defender. Pure elation.

The Holo Icon (Series 3) Legendary collectible is available now, one of 99, in the Marketplace.