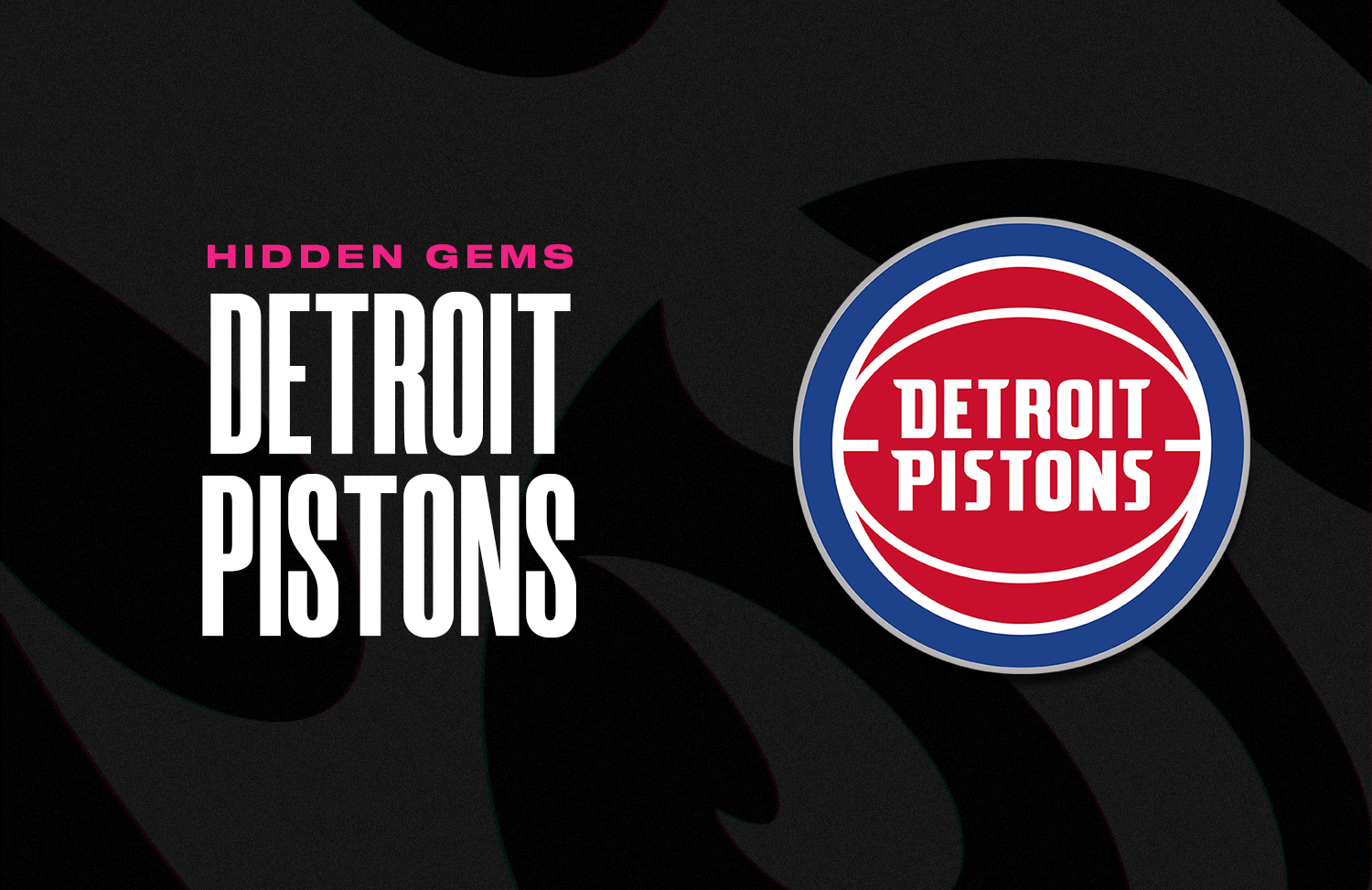 Hey, Pistons fans! Historic Moments from Motown have been running full throttle on Top Shot – from way back to ‘05, the season following Detroit’s title campaign.

Guys leaving it all out on the floor. Veterans coaching up newcomers. Reserves jumping up to celebrate by the bench. Accelerating past defenders to make a crucial play.

Now, watch the Pistons grind. The Pistons Squad Goals Challenge is live, featuring a Marvin Bagley III Rare Moment that’s a triumph in transition. It features Cade Cunningham’s urgency on the break. He loses a defender with a beautiful behind-the-back dribble and finds Bagley III, who hustled down the floor to earn this alley-oop finish. It’s Deeeeeeetroit Basketballllllll at its finest.

Rev up your excitement. The Pistons have star potential, and they’re on the rise in the East.

Stewart rarely backs down, and if you watch him closely, there isn’t a rebound he doesn’t attempt to fight for. Even lining up for free throws, opponents know they better box him out.

He finished in the Top-10 among league leaders in offensive rebounds per game (3.2).

Defensively, Stewart is the Pistons anchor. Despite his size as a traditional big, he can switch onto smaller guards and keep up on the perimeter. Teammates and coaches have tabbed Stewart as the group’s “best iso defender.”

From the All-Star break to the end of the season, the Pistons were the 13th-best defense in the league. That’s a promising uptick, and Stewart was a major influence on that end.

With all that being said, of course, his first career bucket and Top Shot Debut came off an offensive board. This Base Set (Series 2) Common Moment has all three of Stewart’s rookie badges, and is available among 325 currently listed in the Marketplace.

Saddiq Bey is eyeing a breakout season. The outline is right there for him.

He’s the wing prototype NBA front offices drool over. He’s 6’7”, 215 lbs, can hit outside shots and has the ability to switch onto multiple positions.

He’s addicted to the game. In a recent article from The Athletic’s James L. Edwards III, Bey has, at times, needed to be “physically pulled off the hardwood.” He spent time hiking in the mountains this offseason, trying to take his mind off training for the upcoming season.

The dedication makes sense. Bey was one of only 5 players in the league to play all 82 games last year – joining Mikal Bridges, Deni Avdija, Dwight Powell and Kevon Looney.

His 16.1 PPG was the third-highest on the Pistons, but interestingly enough, he set a Detroit single-season record for 3-pointers, ending up with 211 made triples.

One of those threes occurred late in crunch time against the Spurs, and is captured on Top Shot in this Holo Icon (Series 3) Legendary Moment. Bey drilled the shot over multiple defenders and celebrated with a postgame water-bottle shower.

Keep a lookout for Bey this season as a potential Most Improved Player candidate.

MotorCade is up and running – hop on the bandwagon if you haven’t already. It’s getting crowded, and the Top Shot Moments are becoming more and more desirable to collectors.

In his rookie season, once an early ankle injury subsided, the former No. 1 overall pick began looking every bit the star Detroit hoped he’d be. Cade Cunningham’s leadership was evident, and despite the Pistons overall record, he contributed to winning basketball –  when in the lineup, the Pistons went 20-44. Without him? Just 3-15.

Cunningham had a strong argument for Rookie of the Year honors, in one of the tightest award races the league has ever seen. He averaged over 17/5/5 on the season, becoming only the 10th player in NBA history to reach those marks.

Back in November of 2021 against the Lakers, Cunningham recorded his first-ever NBA triple-double, becoming the youngest Piston to reach that statistical feat.

His savviness and athleticism is above most sophomore players, and you couldn’t miss it in this Metallic Silver FE (Series 3) Fandom Moment, with an edition size barely over 1000. He put the second-best team in the West on a poster.

Fun Fact: Cunningham's Holo Icon Moment, a triple-double in a victory against the Cavaliers, is the most limited edition rookie Moment of Series 3.