A Year For The Ages: How We're Celebrating Our 1-Year Birthday 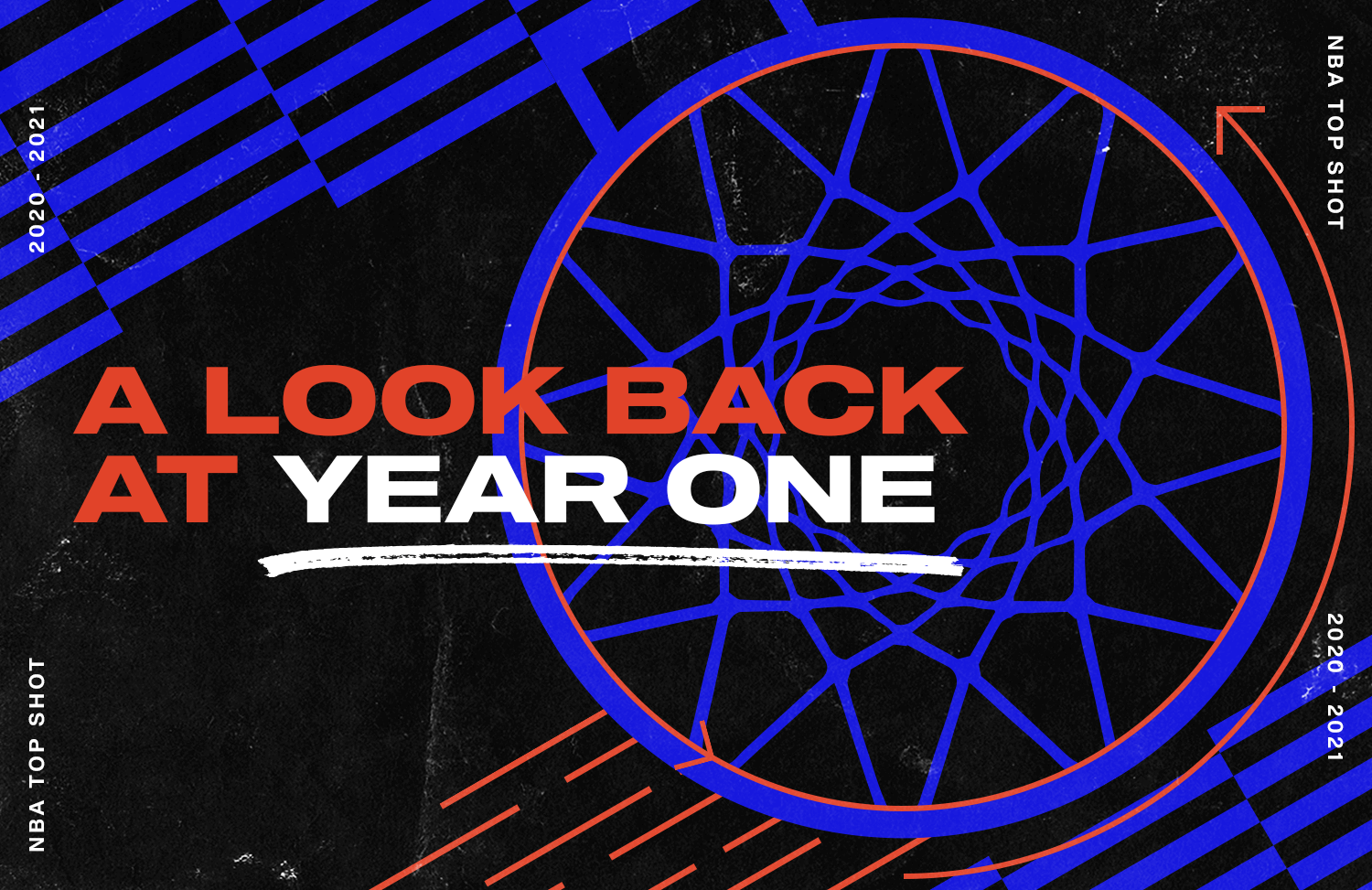 One year ago today, our open beta launched.

And we’re only just getting started.

Thank you so much for joining us on this journey. It’s your constant support and feedback that help us grow and improve NBA Top Shot. We love how vocal our community is and how much you care about making this the best product it can possibly be. So what better way to celebrate 1 year than by rewarding you.

New to NBA Top Shot? Find out how to get started here>>

Thanks for a 🔥 1st year Top Shot fam

October 1st, 2021 celebrates Top Shot's first birthday! To celebrate, we’ve got a huge giveaway for all eligible collectors. In this giveaway, every eligible collector who opts in* has a chance to win. What packs are they? Well, how does 52,000 Base Set Packs sound? Cool right? Well why don’t we throw in 2,021 Common Packs including Cool Cats, Seeing Stars and Hustle & Show. More you say? Let’s give 365 lucky collectors a rare pack. You thought we were done? How about 12 rare Series 1 With the Strip packs as well!

*Complete your identity check and opt into the giveaway here for a chance to win a pack. You must opt-in by 7 am PDT on October 2, 2021 -- full details on eligibility to win a pack on the opt-in page.

Here’s the rest of today’s festivities:

Exactly one year ago, NBA Top Shot was opening its beta for the very first time. Before October 2020, when anyone visited nbatopshot.com, all they would see was a sign up form.

Let’s take a look back at some of the highlights from the first year of open beta.

October 2020 was the start of Open Beta and the packs were flowing. There was the Eastern Conference Finals, two Metallic Gold LE packs, two Finals Drops, Got Game, and Rookie Debut! The first blog regarding challenges was released. Challenges and Showcase Challenges have become an integral part of Top Shot.

November saw the return of MGLE as well as two Got Game and two Lace ‘Em Up drops. We provided a deeper understanding of challenge rewards to our community. We had live breaks that brought the community together...a much smaller community at the time.

December dropped some awesome packs with another Metallic Gold release, the first ever Run It Back releases and the Season Tip-Off 20-21 set. We also announced our first ever Master Challenge that required users to collect the entire Got Game set to receive a reward from the Rookie Debut set. We introduced our first ever Showcase Contest...and it had legendary pack prizes.

January saw a massive influx of new users and a record breaking week. We crossed the $10 Million mark in total Top Shot Sales. We saw a $35,000 acquisition of Ja Morant Cosmic #1, which at the time was the largest purchase in the history of Top Shot. We saw increased numbers across the board. We also announced our first badges, rookie badges. Badges have since become an integral part of the user experience.

February was one of the busiest months in Top Shot history and, for many, the month that woke them up to NFTs. Due to the incredible increase in total Collectors, we introduced a queue system for our pack drops to provide the most fair experience possible for our pack drops. Prior to the queue it was a first come, first serve system that our incredible collectors routinely overwhelmed. With a nearly 50x increase in Collectors on Discord, we established our Discord Mission, Vision, Values, & Rules. We also instituted a strong policy against Marketplace bots to make the Marketplace experience as fair as possible for all users. Lastly, we rolled out our first Pre-Order packs which allowed every Collector who wanted a pack to order. The packs were created based on the amount of orders.

March provided our first major mainstream moment as we proudly announced the Rising Stars team for All-Star weekend. We had three releases surrounding All-Star Weekend that celebrated the very best in the game. We revised our edition sizes to better match the demand. We continued to use Stress Tests to improve our product and drop processes. We formally introduced badges into the product with rookie badges and debut badges.

April saw great drops and big innovations. On January 1, 2021 there were a total of 4,796 collectors who owned 1 or more Moments. As of the end of April there were over 460,000 Top Shot collectors with at least one Moment in their collection. We significantly increased withdrawal access and increased security procedures. We tried out a new Pre-Registration pack that saw 300,000 collectors register. This helped guarantee a pack for every Collector that wanted one. Last, but certainly not least, we introduced Trade Tickets and S1 Reserve Packs which are coming soon and you can read more about them here.

May saw the introduction of the Reservation Packs. These packs were minted based on demand and guaranteed that every collector who wanted one was able to get one. Top Shot introduced Collector Score, a total game changer. Collector Score was introduced as a way to reward collectors. It also eventually provided access to Priority Queues that gave collectors a better chance to secure a very in-demand pack. We released a special Steph Curry Cool Cats Moment celebrating Curry passing Wilt Chamberlain as the Warriors all-time leading scorer. This Moment was gifted to our Cool Cats collectors. Lastly, we passed 500,000 Moment-holding collectors.

We started off June with updates to Collector Score to make sure our Collectors were getting as much credit as possible as they continue collecting. You can read all about Collector Score here. We introduced our 2021 Playoff Packs which had Moments from across the first two rounds of the Playoffs. We partnered with Evaluate.Market to bring in real time data on every Moment page. You can read more about Moment Tracker here. We were thrilled to welcome Tristan Rattink as the General Manager of Top Shot, an integral part of pushing Top Shot to the next level.

What a month July was! We introduced a new badge, the Championship badge. This badge signifies that a player’s team won the NBA Championship in the year that the play in the Moment occurred. We announced our first Access Unlocked experience and sent 8 lucky collectors to Game 5 of the NBA Finals...which had the NBA’s #1 play of the year. We partnered with world renowned recording-artist Quavo for Quavo’s Quest and a unique pack opening experience featuring Quavo’s Genie. We rewarded our LaMelo Ball Moment holders with a giveaway for a special Metallic Gold LE LaMelo Ball Rookie of the Year pack. Then we rewarded 8 more lucky collectors with an incredible Access Unlocked experience for the NBA Draft 2021.

There was some BIG news in August including the arrival of the WNBA to Top Shot! We also had the first-ever WNBA pack drop and the first-ever WNBA Showcase Challenge. We sent 8 more collectors to our third Access Unlocked experience at the Summer League in Las Vegas. We introduced a new tier of Moments called Fandom Tier. People who were in person at Summer League were able to collect in-arena exclusive Moments at the first-ever Top Shot kiosk. We launched the Nine Lives Lounge for Collectors who hold all 30 Cool Cats Moments, our first exclusive club for set holders.

Thank you so much for joining us on this journey. We look forward to many more amazing years of NBA Top Shot...and to building right alongside the greatest community in the world.