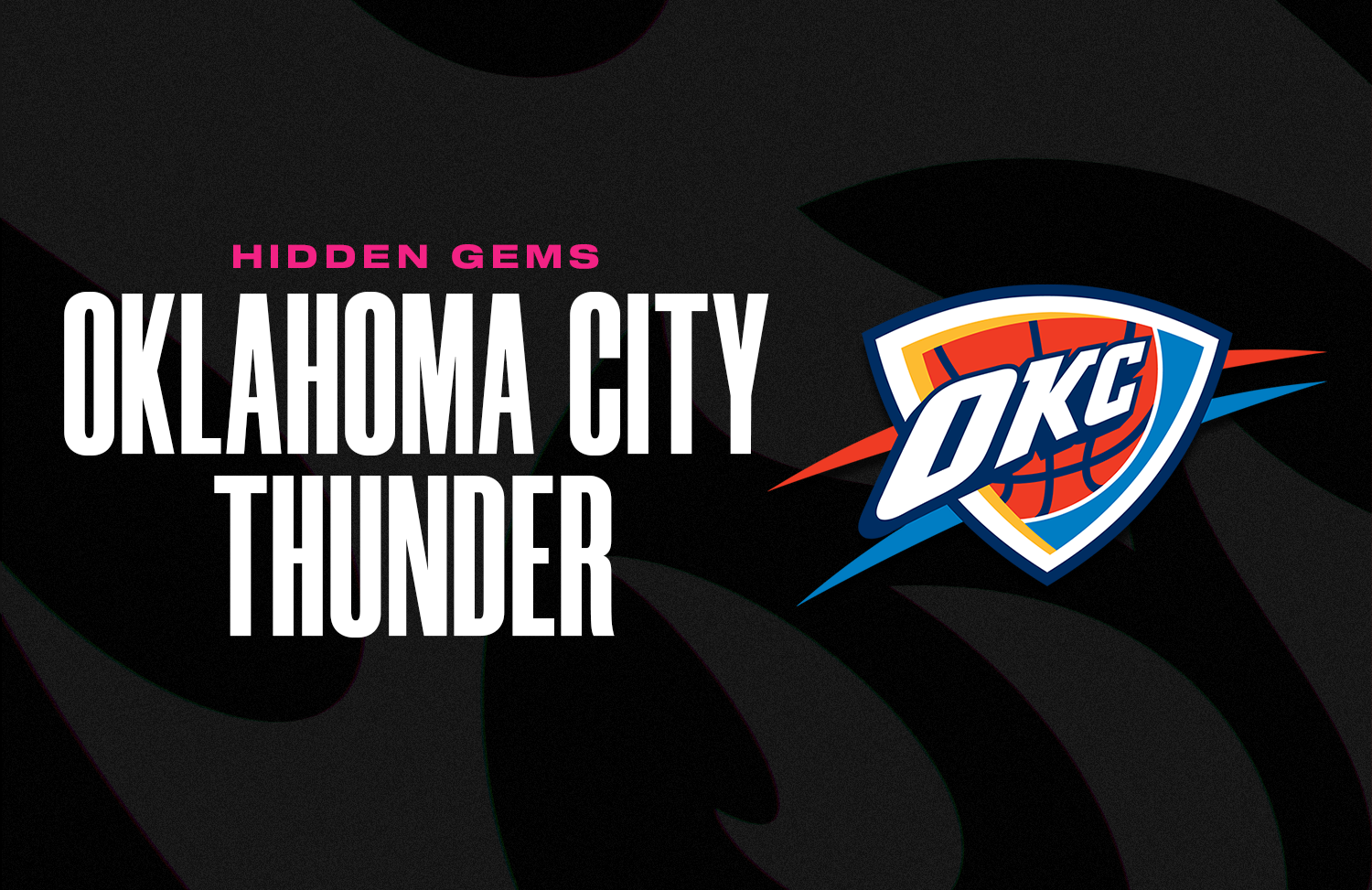 From Seattle to Oklahoma City, both the SuperSonics and Thunder have a throwback presence on Top Shot in the Run It Back and Archive Sets from ‘05 and beyond.

The Squad Goals Set, which makes up the Challenge Rewards for our current NBA Crafting Challenges, is a Top Shot homage to teamwork. Prospects giving their all on two-way deals. Veterans dishing out crucial advice. All-Stars looking ahead in transition. Teammates embracing ball movement.

‍It’s the calm before the storm. The Thunder Squad Goals Challenge is live, featuring a Luguentz Dort Moment that’s an offensive rebounder’s dream. Board after board, OKC’s hustlers get after it on the glass. Multiple times, center Derrick Favors rips away a ball that’s up for grabs, and Dort finishes off one final miss with authority.

Oklahoma City holds a bevy of picks and fresh talent with Moments to remember. Where will this year’s squad end up in the loaded West?

He’s fluid while handling the ball and decisive when attacking the basket.

On an Oklahoma City team that struggled to piece together wins in 2021-22, he still found ways to get teammates involved, finishing with 5.9 APG.

Gilgeous-Alexander has had a tough time staying on the floor the past two seasons. Last year, he missed two 10-game stretches at different points of the regular season.

That said, in a 13-game span following the All-Star break, SGA was on a tear. He averaged a blistering 30.4 PPG, but what set his play apart was his 3-point shooting. He shot 39.3% from deep, which was a major uptick from his 30% average on the year.

If SGA can stay efficient as an outside scorer, he’ll be tough to guard.

This Top Shot Debut shows how crafty and elusive SGA can get as a finisher. The Metallic Gold LE (Series 1) Rare scoop layup is available as 1 of 299 in the Marketplace.

Two-way wings are in high demand across the league.

A menacing defender, Dort made an instant impact during the First Round of the 2020 Playoffs, his first postseason experience. His swarming defense on James Harden and the Rockets was effective throughout the series.

As a scorer, Dort proved he has the ability to fill in around playmakers. He set a Thunder rookie postseason record with 30 points in Game 7 of the Houston series.

Since then, he’s only improved his offensive ability. He’s become more confident stepping into 3-pointers, hovering around 33-34% in his past two seasons. Dort’s relentless attacking, increase in minutes and shot volume turned him into Oklahoma City’s 2nd-leading scorer last year.

In the offseason, Dort signed on to stay with the Thunder on a 5-year deal. He’s committed to the team’s youth movement.

Dort has come a long way as a pro, and this Rookie Debut (Series 1) Rare Moment is a dunk worthy of a Top Shot Debut.

For a first-year guy, Josh Giddey displayed remarkable vision and basketball IQ in the NBA.

A willing passer, Giddey led all rookies in 2021-22 with 6.4 APG, and his all-around play was enough to earn a spot on the All-Rookie Second Team.

He even took home 4 out of the 5 Western Conference Rookie of the Month honors.

Giddey is comfortable playing at his own pace and has shown a willingness to share ball handling duties with SGA, which is key to maximizing the team’s potential.

At Summer League, Giddey was determined to get on the court with No. 2 overall pick Chet Holmgren. The two have already built notable chemistry.

Last season, at only 19 years and 84 days old, Giddey became the youngest player to ever record a triple-double. In this Holo Icon (Series 3) Legendary Moment, his performance was sublime. He tallied 17 points, 13 rebounds, 14 assists and four steals.

He’s got some time to develop, but can the Aussie become an All-Star caliber player?